“She felt that he was clearly sending a message – I’m watching you.”

Gwyneth Paltrowwas left cowering in her own bathroom whenHarvey Weinsteinturned up at her house, a new book has claimed.

“She Said”, penned by the New York Times journalists Jodi Kantor and Megan Twohey and released on Tuesday, named the actress as one of the main sources who helped expose the disgraced film producer.

In an uncomfortable passage, the book describes the moment the panicked Paltrow thought she had been outed as the leak, as she hid in her own home from her former boss.

The Oscar winner had been secretly talking to the two reporters about her now-infamous alleged assault by Weinstein – the one then-boyfriend Brad Pitt confronted him over – but was initially unwilling to go on the record, as she did not want to become the focal point of the story.

However she did agree to encourage other women who had worked with Weinstein to come forward with their own stories.

In the book, Kantor details how on Saturday July 15, 2017, she received a series of panicked text messages and missed calls from Paltrow.

“Harvey Weinstein was standing in the living room of Paltrow’s Hamptons home,” she wrote. “She was hiding in her upstairs bathroom to avoid him.”

She said the Oscar-winner had heard from him a week or two before because he had caught wind of a party she was throwing, for potential investors in a musical she was backing, and he asked to come.

“She felt that he was clearly sending a message – I’m watching you,” Kantor wrote.

Paltrow had begged for advice, not wanting to reject him for fear he would suspect she had been talking to reporters, and that maybe it would be better to allow him to come.

“On the other hand, what if he confronted her and demanded an answer about whether she was speaking to the Times?” Kantor continued. “Paltrow had decided it was best to say yes and to hope he got lost in the crowd.”

However, Weinstein showed up at her home early, prompting Paltrow to lock herself in the bathroom to avoid the inevitable confrontation.

After being encouraged by Kantor to stay the course, she eventually emerged from the bathroom but summoned her assistant to her side, and kept her close throughout the event.

In the end, the party unfolded without incident and Paltrow’s fears proved unfounded; but the retelling shows how much trepidation even someone of the “Avengers” star’s power had dealing with the ex-Miramax head.

The book’s authors spoke of their surprise at Gwyneth’s willingness to get involved, as the “First Lady of Miramax”, who arguably owes her career to Weinstein, its stellar trajectory tracing back to her Oscar win for 1998 ‘s “Shakespere In Love”.

Describing her first meeting with the producer – which was in the Peninsula Hotel in Beverly Hills, the same one Ashley Judd alleges she was assaulted – Paltrow said: “I bounced up there, I’m sort of like a golden retriever , all happy to see Harvey. “

But after talking business, Paltrow told the authors he placed his hands on her and asked to go into the bedroom to exchange massages.

“Paltrow could barely process what was happening, she said. She had thought of Weinstein as an uncle,” Kantor wrote. “The thought that he was interested in her sexually shocked her and made her feel queasy.”

After a second attempt to move to the bedroom, Paltrow said she excused herself, but “not so he would feel he had done something wrong.”

After telling Pitt and the confrontation that followed – at a Broadway opening, at which Paltrow previously claimed Pitt threatened to kill Weinstein – she said the producer called her to berate and threaten her.

“He said some version of I’m going to ruin your career,” she recalled. “I was nothing, I was a kid, I was signed up. I was petrified, I thought he was going to fire me.”

Weinstein didn’t bring it up again until 2016, after he read a condolence letter Paltrow had sent him at his mother’s funeral; after calling to thank her, he tried to pressure her to not talk to the media about the Peninsula incident.

“‘I just really want to protect the people who did say yes,'” she claimed he told her, “meaning women who had succumbed to his overtures.”

Got a story or a tip for us? Email TooFab editors at[email protected]. 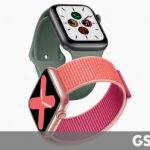 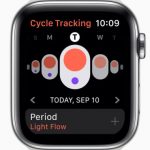