Amartial arts expert has been jailed for life with a minimum of 15 years for killinga former assistant to Mother Teresa following a pub row.

Colin Payne, 61, was found guilty of murdering Mark Bloomfield, 54, after “viciously” punching him outside the Full Moon pub in Swansea.

On Thursday, Swansea Crown Court heard “self-styled hard man” Payne launched his attack on the charity worker to “teach him a lesson” after he had brushed his girlfriend’s back with a beer can on July 18 This year.

Payne dragged Mr Bloomfield to the floor by his throat and kicked him in his head, before taking the attack outside and punching “two expert blows” to his head.

Mr Bloomfield was knocked to the ground after hitting his head on the concrete, never to regain consciousness, and died in hospital two days later.

Avictim impact statement from his family said he had traveled the world helping charitable projects, including becoming a special assistant to Mother Teresa in Calcutta in the 1990 s, where he helped people who were terminally ill have dignified deaths.

He later worked with nuns to open schools for girls across India.

Payne, who the court heard was highly trained in martial arts including jujitsu and judo, and had recently advertised himself as a bodyguard, attempted to throw a pub computer containing a CCTV recording of the attack over a nearby wall while Mr Bloomfield received CPR, though it was recovered by police.

He pleaded guilty to perverting the course of justice and manslaughter claiming self-defense, but was instead found guilty of murder following a trial.

Jonathan Rees QC, defending, said Payne had not intended to kill Mr Bloomfield, and asked for the “shortest possible sentence” due to his age.

Judge Paul Thomas QC said Payne was a “particularly physically strong and particularly aggressive individual who is likely to remain so for many years yet”.

The judge said: “All that Mr Bloomfield did that day in the Full Moon was to touch your girlfriend’s back momentarily with a beer can. That cost him his life.

“You wanted to show regulars you were not a man who would be trifled with. You had an image to protect as self-styled hard man.

“You are a man in his sixties who resorts to great violence for slightest provocations and to cement your rep.”

Payne, from Swansea, was sentenced to life in prison, and will have to serve 15 years before a parole board can consider his release.

Following his death, the family of Mr Bloomfield, who was originally from Stratford-Upon-Avon, paid tribute to his charity work across the world, which included working for famous nun and missionary Mother Teresa in India.

The tribute stated: “Mark Bloomfield built a legacy that will continue to live on in the countless lives that he encountered.

“As special assistant to Mother Teresa in Calcutta, he was an essential contributor to her mission and to those she cared for.

“In India, he organized free cataract surgery camps and founded schools that gave rare access to education for girls.

“In Africa, he helped preserve wild game by introducing ultralight aircraft to combat the onslaught of poachers.” 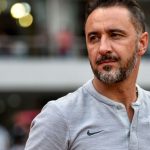 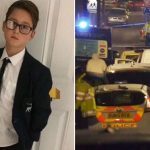