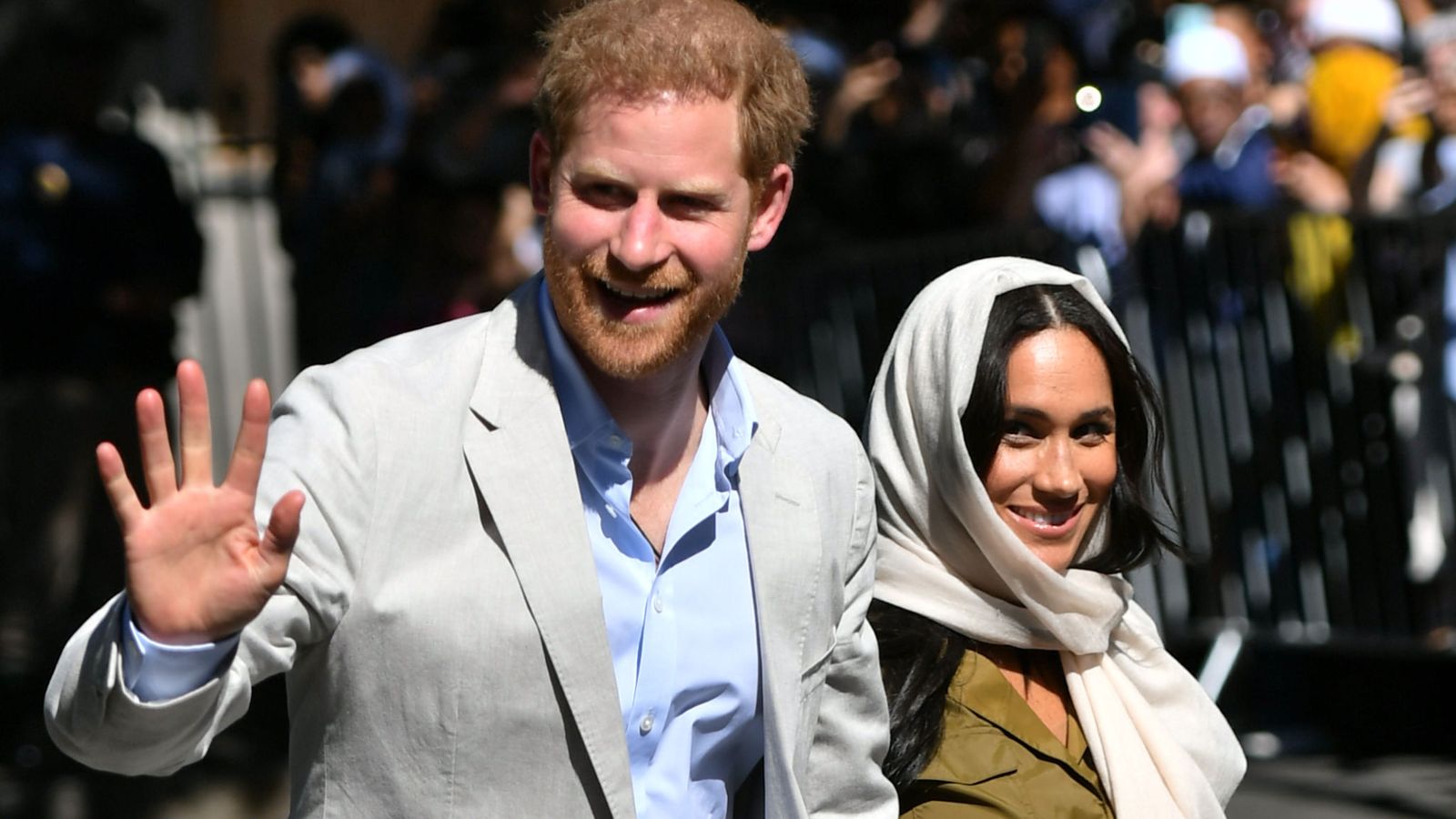 The Duke and Duchess of Sussex have both gushed about each other’s parenting skills during baby Archie’s first official royal tour.

Prince Harry and Meghan spent the morning at Monwabisi Beach in Cape Town with Waves for Change (W4C), which provides mental health support for youngsters, but strong winds prevented them from venturing on to the sand.

During a “power hand” bonding exercise, the couple were asked to declare their personal strengths, with Meghan revealing she considered “parenting” a new strength that she and Harry were “learning and developing”. *****

Turning to her husband, she described him as “the best dad” – while in reply, a smiling Harry called her “the best mum”.

Earlier, the duchess told Sky News that the most pressing issue when helping people with their mental health around the world was encouraging them to talk.

She said: “Just getting people to talk about it [mental health] and talk to each other – no matter where you are in the world, everyone is dealing with a different version of the same thing.

The couple have also been celebrating the” positivity “of teenagers living in African townships – notorious slum settlements.

Harry said people from the local community who had suffered traumatic experiences were working with Waves for Change and were not only sharing their experiences but were “able to help the younger generation”.

The couple also visited staff from the Lunchbox Fund, one of four charities to benefit from the public donations made following the birth of their son.

It provides 30, 000 meals a day to W4C programs and schools in South Africa’s townships and rural areas – and feeding the children helps to encourage them to attend school, with the food helping them to concentrate.

The Duke added that after “no role models at all”, a whole generation of children were now being given an opportunity.

On the nearby townships, he said: “It’s amazing to think that just on the other side of here, you’ve got tin huts with all these kids with nothing, and bringing them together a nice hot meal provided by Lunchbox Fund, and the sea of ​​which they’ve been terrified of most of their lives … Now they can swim, they can surf. “

The couple danced and chanted with surf mentors in wetsuits, who demonstrated the therapeutic activities they use to support young people who had survived horrific experiences.

At the end, the duchess jumped with excitement and hugged the young girl next to her.

Before leaving, the couple shared a kiss.

Harry and Meghan – who wore a cream head scarf and long dress – met Muslim and Christian religious leaders, including anti-apartheid cleric Michael Lapsley, who lost both his hands and the sight in one eye from a parcel bomb sent by apartheid security forces.

They also took part in the area’s colorful heritage day activities and greeted a resident in her home.

The couple will end their day meeting young people and community and civil society leaders at the official residence of the British high commissioner in Cape Town.

Harry, who has been visiting southern Africa for two decades for holidays and conservation work, will travel alone on Thursday to Botswana, where he and Meghan spent time shortly after they started dating in July 2016.

He will then head to Angola to visit the landmine clearance project that featured in iconic photographs of his late mother, Princess Diana, during her campaign to ban landmines.

Harry will end the solo section of his tour in Malawi, where he will meet President Peter Mutharika. 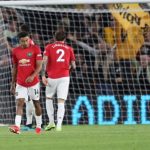 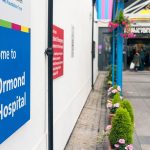