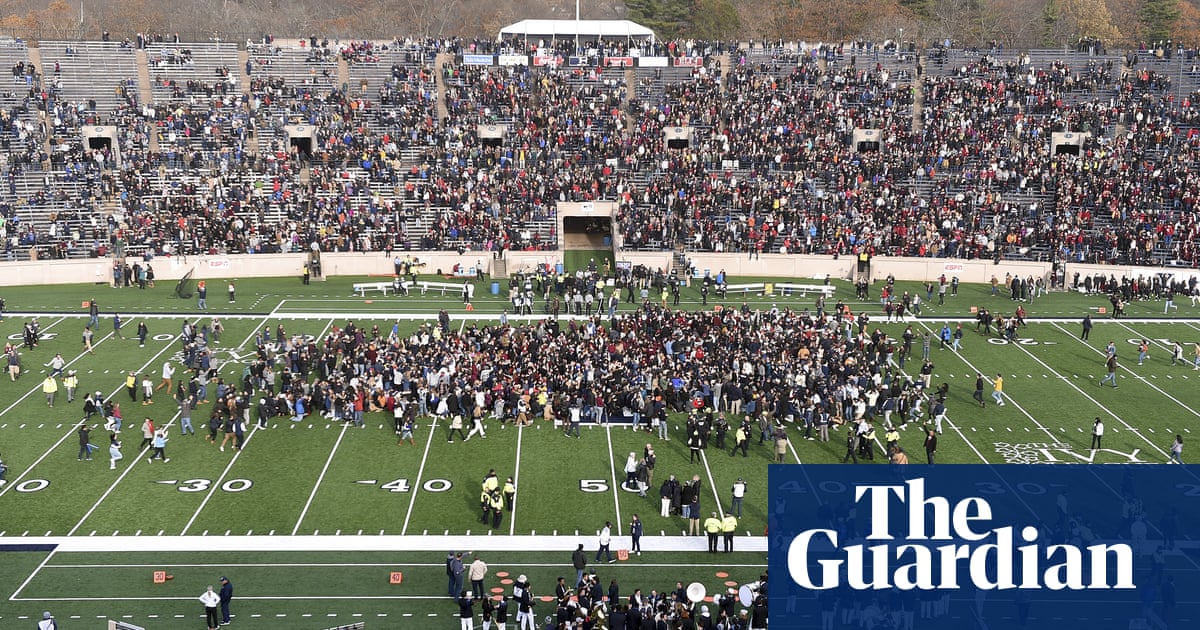 Students and alumni from Harvard and Yale disrupted the annual football game between the two elite universities on Saturday, occupying the field in New Haven, Connecticut, at half-time and demanding the collegesdivest from investment in fossil fuels. *****

More than 200 protesters stalled the high-profile game for around an hour, many chanting: “Hey Hey! Ho Ho! Fossil fuels have got to go! ”The protest was briefly booed by some in a crowd of 44, 989 and discussed widely on social media.

After the protest had delayed the TV broadcast of the game and pushed it toward sunset in a venue without floodlights, most of the protesters left the field voluntarily, escorted by police officers. A handful who remained were told they would be arrested. The number of arrests made was not immediately available.

Students began campaigning in 2012 for both schools tostop investing in oil and gas and coal companiesthat contribute to the climate crisis. Both universities refused, arguing that they would be in a better position to encourage corporate climate action if they remained shareholders.

“They believe that they can engage with these companies and get them to change their fundamentally extractive business models, which we think comes from a place of naivety amounting to gross negligence,” Nora Heaphy, an undergraduate at Yale, said.

“It’s absurd to make those kinds of claims. So since then our campaign has moved away from administrative engagement, recognizing that it is often a stalling tactic. ”

A few months ago, hundreds of students at both universities walked out of class for a global climate strike. Last year at Yale about 50 students, community members and professors occupied the investment office until they were arrested. Heaphy has been arrested twice.

Both schools have massive endowments invested across the economy, including in fossil fuels. Harvard’s is worth $ 39 bn, Yale’s $ 29 bn. Activists believe that if the universities divest, hundreds of institutions will follow them.

Students at other prestigious schools are locked in similar battles. At the Massachusetts Institute of Technology (MIT), one group is opposing the decision to accept $ 3m and name an auditorium after the oil company Shell, which some experts call an example of the “colonization of academia”by fossil fuel corporations.

A recent Guardian investigation revealed that20 companiesare responsible for a third of all carbon emissions since 1965. Internal documents from Exxon show the company knew the oil and gas industry would drastically alter the earth’s climatedecades agoand launched sophisticated campaigns to convince the public otherwise . *****

Caleb Schwartz, a Harvard undergraduate, said no shareholder resolution could “sufficiently address the impact that Exxon has had on the climate crisis and on our politics” and added: “Ultimately, these companies need to go out of business in order for us to have a safe and livable future. ”

MIT has accepted funding from Shell to renovate a lecture hall in the Department of Earth, Atmospheric and Planetary Sciences, a highly visible space used for large classes for first-year students.

Students at MIT say they are offended by the message the naming of the auditorium will send to the academic community. The department is home to both climate scientists and researchers exploring more efficient ways for drillers to extract oil and gas. Advocates at MIT have pushed for the university to divest from fossil fuels.

“Many of the things that MIT has said they would do, they haven’t done,” said Catherine Wilka, a graduate student in climate physics and chemistry.

Wilka said she was “frustrated with the lack of evidence we’ve seen that this strategy of constructive engagement has changed anything about the fossil fuel companies’ intended business plans for oil and gas extraction – even as the science has painted an incredibly direct picture of the consequences if we don’t transition away from fossil fuels soon ”. 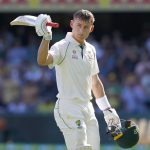