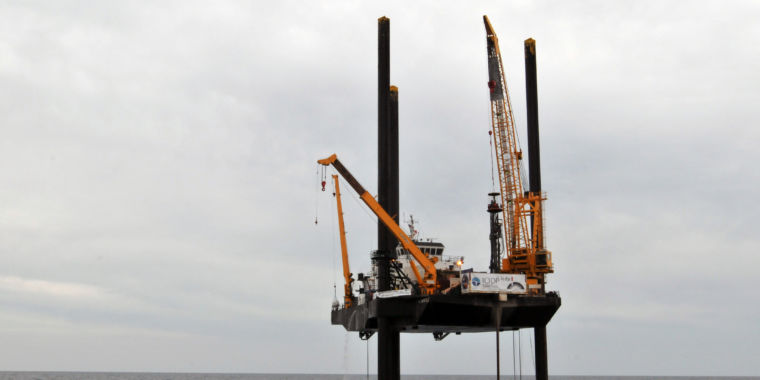 The day it went down –

Geology is a big science. The Earth is a large enough place today, but when you stretch the fourth dimension back across many millions of years, the largeness can get out of hand. Because we lose a lot of detail to the ravages of time, it’s very difficult for geology to get small again — to tell us about what happened in individual locations or over short periods of time.

So it’s not every day that you read a scientific paper titled “The first day of the Cenozoic.” The Cenozoic is the namegeologists giveto the era spanning the last 66 million years, and it started with the mass extinction event that killed off (most of) the dinosaurs. There were incredible eruptions that contributed to the extinction event and spanned a significant amount of time.

But the asteroid that struck off the coast of what is the Yucatán Peninsula today was the opposite — it couldn’t have been much more sudden. A recent drilling project recovered a long core of rock from the Chicxulub impact crater, leading to greater clarity about how the calamity played out — including on that first day.

Big enough impact craters actually have a knob of uplifted rock in the center that forms due to the incredible shock forces involved. But the very largest impacts — like Chicxulub — end up with aringof uplifted rock around the center, as if to mark the bulls-eye. Computer modeling, supported by observations of the deepest bedrock in the core, shows that the rock would have bounced around like jelly. Over 10 minutes or so, a new mountain would have soared into the sky before collapsing and spreading out into a raised ring on the crater floor.

Higher up in the core, a layer of seafloor sediment seems torecord a miraculous returnof small critters to the crater within just a couple years.

Between the jellified granite and the brave plankton fossils lies about 130 meters of chaotic rock. A team of researchers led by the University of Texas at Austin’s Sean Gulick have analyzed that rock and produced a timeline of that impossibly violent day. They threw just about every tool available at the rock core, including X-ray techniques that image it and identify minerals, to a machine-learning analysis that identified trends in the visible shards of rock, to measurements of magnetism.

The first layer above the messed-up bedrock that formed the peak ring is made up of 40 m of broken pieces of melted rock. The researchers say this material was likely flowing out from the center of the crater for some tens of minutes after the impact. It settled into place while it was still hot, and the tiny crystals of magnetite in this rock are all aligned with Earth’s magnetic field at that time.

The next layer up contains about 10 m of pieces of melt in addition to shocked bedrock that was blasted out (roughly) intact. The researchers say this actually appears to be the first part of the “resurge” deposit — material that flowed with seawater as it rushed back into the crater and over the peak ring. Modeling shows that the tsunami generated during the impact would have bounced off the nearest Central American coastline and returned in about an hour. Apart from pushing stuff around, this water probably also caused some explosions as it encountered still-hot melted rock.

The next 80 m of rock up from there show the first signs of order. From the bottom of this layer toward the top, the pieces get smaller and less jagged, indicating that tumbled rocks and sediment were more gradually settling out of the water column. This is topped off by a 10 cm-thick layer of sand and gravel deposited in ripples, indicating a flow of water with a consistent direction. The researchers interpret this as a later tsunami wave return from the Gulf of Mexico several hours after impact.

The uppermost materials contain combustion byproducts called PAHs and even some charcoal, which likely represents residue from wildfires on land. It’s believed that the impact may have started wildfires worldwide, contributing to the particulate matter that blocked out the Sun and sent temperatures plunging.

While (% to 50% of the rock struck by the Chicxulub impactor was made up of evaporite deposits like salt and gypsum, almost none of that material is found in the core. That provides more support for the idea that these minerals were vaporized, sending massive amounts of sulfur into the atmosphere where it could form sunlight-blocking particles. Much of the rest of the bedrock was limestone, which would have released CO (2) , causing the long-term global warming that followed after the short-lived sulfur particles washed out of the atmosphere.

In a world where a centimeter of sediment can take centuries to accumulate, the fact that 130metersof material was deposited in a day is remarkable. More importantly, it gives you no shortage of clues to look through to learn about one of the wildest events in the geologic record — and the first day of the Cenozoic era. 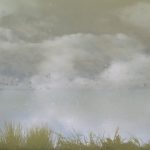