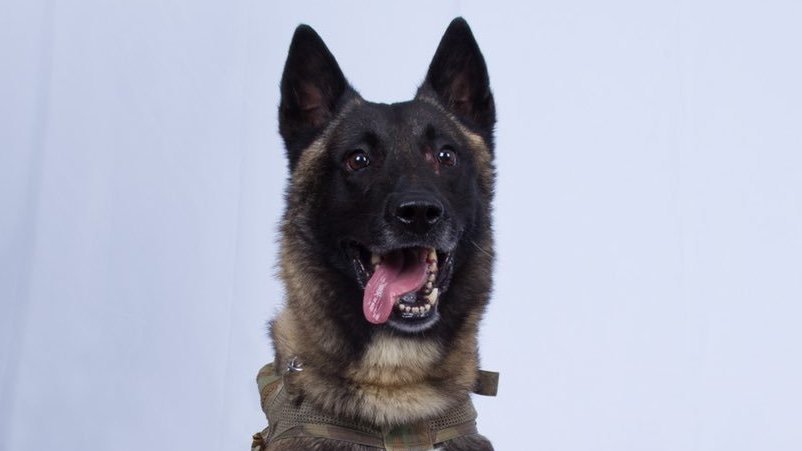 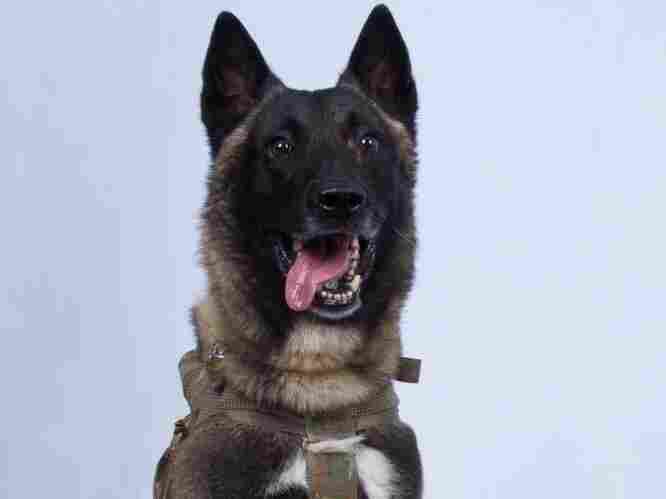 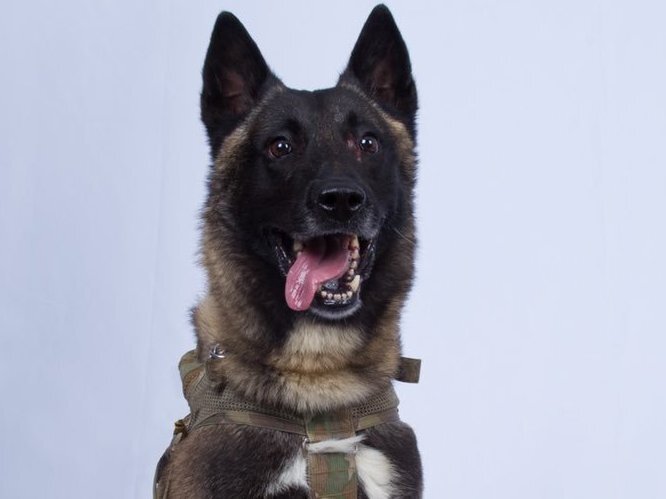 President Trump on Monday released a photograph of the dog used in the weekend raid in Syria that resulted in the death of Abu Bakr al-Baghdadi, the founder and leader of the Islamic State. The dog was injured in the operation but is making a full recovery, defense officials say.

Before Abu Bakr al-Baghdadi detonated a suicide vest, he was “screaming, crying and whimpering” as he was fleeing U.S. forces, winding up trapped in a dead-end tunnel in his Syrian compound, according to President Trump.

Baghdadi was being chased through the tunnel by a U.S. officer who is being celebrated as a crucial part of the top-secret mission that ended in the demise of one of the world most wanted terrorist leaders.

That officer is a dog .

And the world got to know the canine a little better on Monday when Trumpshareda declassified portrait of the dog.

Earlier in the day, Gen. Mark Milley, chairman of the Joint Chiefs of Staff, said the dog performed “a tremendous service” in the operation that targeted Islamic State founder Baghdadi, noting that though the canine was slightly wounded in the mission, the dog is making a full recovery.

“The dog is still in theater, returning to duty with its handlers,” Milley said.

The dog’s name and backstory are being kept under wraps for now.

Usually ranked as noncommissioned officers, a higher rank than the dog’s handler and a way of instilling respect for the dogs, military canines are routinely part of sensitive and dangerous missions carried out by special operations forces, according to Ron Aiello, a retired Marine who runs the nonprofit US

“They’re kind of the first line of defense,” Aiello told NPR. “Their job is to detect any type of danger that’s out front.”

In special operations, the dog breed of choice is usually the Belgian Malinois, the kind of dog that assisted in the Saturday mission against Baghdadi. It is alsothe same breedthat was deployed to hunt down Osama bin Laden.

The breed resembles a German shepherd but is smaller and with shorter hair, a valuable asset when on patrol in the hot deserts of the Middle East.

“They’re going into high-security areas on very dangerous missions, and those dogs will train with those troops for weeks,” Aiello said.

And that can sometimes mean the dogs parachute out of planes, descend by rope out of helicopters with their handlers and swim to shore from a submarine.

Aiello, who in the 1960 s, with his canine partner Stormy , was part of one of the first Marine scout dog teams to be deployed, now focuses on the needs of America’s “canine veterans.”

“You depend on your dog to save your life, to protect the troops behind you, and your dog depends on you to take care of that dog,” he said.

But military dogs, he said, return from duty with both physical and psychological injuries, and his organization helps the hero dogs connect with treatment.

” We have a free prescription drug program we started about five years ago. We provide wheelchairs for the dogs when they can no longer walk. We help with the dogs that have PTSD – we have a program for that, “he said.

In his weekend address, Trump noted how no US soldiers were killed or injured in the counterterrorism mission in northwest Syria but said the canine that was wounded is “a beautiful dog, a talented dog.”

On Monday, intweetinga declassified photograph of the dog, Trump said, “wonderful dog (name not declassified) that did such a GREAT JOB in capturing and killing the Leader of ISIS, Abu Bakr al-Baghdadi! “ 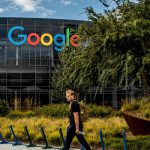 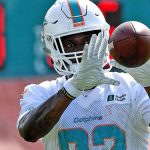