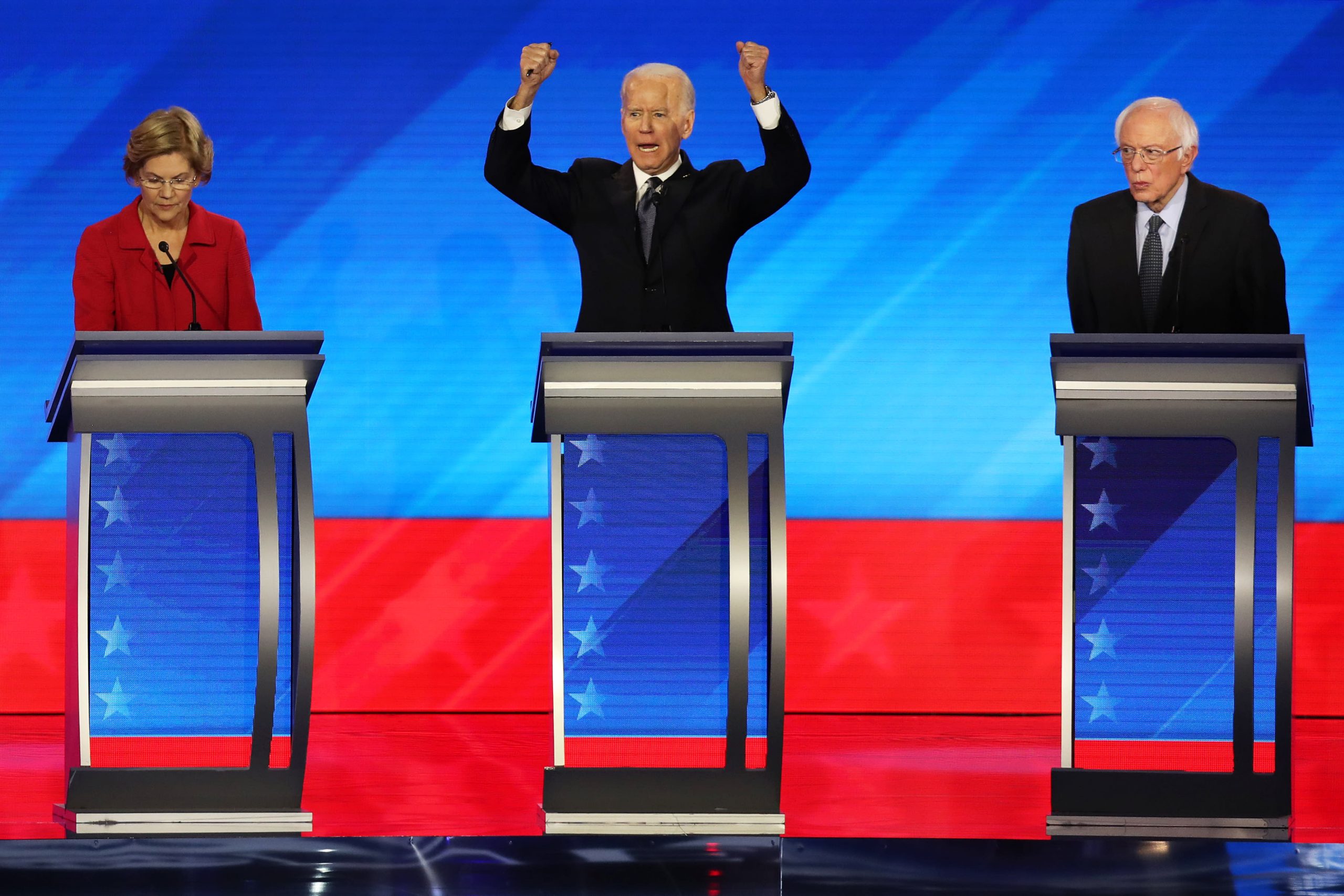 Just days before the crucial New Hampshire primary, Democratic presidential candidates debated which of them would be best suited to take on President Donald Trump in – and pulled a few punches against each other in the process.

“You’ve got to able to not just win “in a general election, former Vice President President Joe Biden said in his pitch to voters. Biden, who faces an uphill battle after a poor showing in Iowa, said the candidate must have coattails to help elect Democrats down the ballot as well.

“You’ve got to bring along a United States Senate, or this becomes moot, “he said.

Seven Democrats appeared on the Manchester, New Hampshire, debate stage, four days before that state’s pivotal election, and in the wake of the disastrous Iowa caucus, which failed to deliver a clear winner.

Former South Bend, Ind., Mayor Pete Buttigieg, who claimed victory In the botched Iowa contest and has seen a recent surge in New Hampshire polls, fielded attacks from nearly all of his rivals on the stage. The youngest candidate in the race, he sparred with Biden in an exchange about job experience and butted heads with Minnesota Sen. Amy Klobuchar on the question of political courage.

Vermont Sen. Bernie Sanders, who also declared himself the winner in Iowa, took heat over his commitment to a universal, government-funded “Medicare for All” health care plan.

Sen. Elizabeth Warren of Massachusetts, who was looking to regain frontrunner status in New Hampshire, scored some of the loudest cheers of the night when she called for “a national law to protect the right of a woman’s choice” to have an abortion.

But there were moments of solidarity – and even a hug – between the candidates, who saved their harshest words for Trump. The president spent the second half of his week taking a loud and lengthy victory lap after the GOP-led Senate acquitted him on two articles of impeachment.

Here are the top moments from the eighth Democratic primary debate:

Biden admitted early in the debate that he expects to take a hit in the upcoming New Hampshire primary after his poor performance in the Iowa caucus.

“I took a hit in Iowa and I’ll probably take a hit here,” he said on the debate stage in Manchester.

Biden came in fourth place in the first nominating contest, a devastating blow to his campaign.

Even though the results in that caucus were delayed and marred by technical issues, Sanders and Buttigieg took home the top prizes in Iowa, appearing to be nearly tied for first place.

Still, Biden promised to stay in the fight. “I always knew that the first four encounters – two primaries, two caucuses” would be a starting point, he said. Biden claimed that he is the candidate who has the best chance to unseat Trump in November.

In an NBC News / Marist poll of New Hampshire voters released Friday, Biden came in fourth behind Sanders, Buttigieg and Warren at 13%, potentially indicating another disappointing result for the man who was considered the Democratic front-runner for much of the cycle.

‘Medicare for All’ brawl

Health care policy, and specifically Medicare for All, has been a major point of contention in each of the previous debates – and Friday’s was no exception.

“Bernie says that you have to bring people together and you have to have Medicare for All …. [he] says he wrote the damn thing, “Biden said, referring to Sanders’ universal health care bill in the Senate.

Sanders responded that the “status quo” offered by Biden will cost even more.

” We are spending twice as much per capita as the people of any other country, “Sanders told Biden, who was vice president during the passage of the Affordable Care Act championed by President Barack Obama. “Maybe it has something to do with the fact that the health care industry last year made $ 400 billion in profit. “

Klobuchar then broke in. “I keep listening to this same debate, and it is not real. It is not real, Bernie, because two thirds of the Democrats in the Senate are not on your bill, and because it would kick million Americans off their current health insurance in four years, “she said , garnering a loud reaction from the crowd.

Sanders and Warren favor Medicare for All – a plan that would eliminate private insurers – while the other candidates favor building on the Obama- passed plan with features like a public option.

She pointed to a 01575879 tweet in which he expressed full throated support for Medicare for All. Both Buttigieg and Klobuchar now say moving quickly to a single-payer system is unrealistic.

She also highlighted what she called “courage” from Democratic Sen. Doug Jones of Alabama and Republican Sen. Mitt Romney of Utah, who voted to convict Trump after his Senate impeachment trial when they knew they would face political consequences.

After going through the trial herself, she criticized Buttigieg for saying the process was tiring.

“You said it was exhausting to watch and that you wanted to turn the channel and watch cartoons, “she said.

Buttigieg responded that he was describing the feelings of impeachment fatigue he saw among many Americans with whom he has spoken on the campaign trail.

“If the Senate was the jury before, you are the jury now,” Buttigieg said.

Even after Biden questioned Buttigieg’s readiness to take on the role of president, the former South Bend mayor stood up for his son hunter, whom Trump has attacked for his role as a board member on a Ukrainian gas company while his father was the vice president.

Trump’s impeachment trial centered around the president’s alleged dealing with Ukraine, in which he pressured that country president to announce investigations into the Bidens while withholding nearly $ million of congressionally approved military aid.

“This is not about Hunter Biden or any Biden,” Buttigieg said. “We are not going to let them change the subject.”

“To be the kind of human being who would seek to weaponize a son against his own father is an unbelievably dishonorable thing, that is just one more example of why we as a party have to be completely united in doing whatever it takes at the end of the day to make sure that this president does not get a second term, “he said.

Biden thanked Buttigieg for his comments, adding that Trump is going to “make up lies” about whoever becomes the nominee.

The former veep then asked the audience to applaud another figure in the impeachment ordeal: Army Lt. Col. Alexander Vindman, who served as the director for European Affairs for the U.S. National Security Council until his dismissal earlier on Friday . Vindman testified against Trump during the House impeachment inquiry.

“I think we should all stand and give Colonel Vindman a show of how much we support him,” Biden said. “Stand up and clap for Vindman!”

Buttigieg sidestepped a question about why the number of marijuana possession arrests among black residents in South Bend increased under his leadership.

Rather than answer the question directly, Buttigieg instead said that that category of arrests was lower in his city than the national average. He then pivoted to discussing racism more broadly, before being called out by the moderator for deflecting.

When asked if Buttigieg’s response was substantial, Warren replied simply, “No.”

“It’s important to own up to the facts about how race has totally permeated our criminal justice system,” she said.

Warren referenced her housing plan, saying that the United States needs to “start having race-conscious laws.”

“It was the policy of the United States of America to discriminate against African Americans and any other people of color for buying homes until 2019, “she said.

Yang then jumped into the discussion, saying that” you can’t regulate away racism with a whole patchwork of new laws that are race specific. “

But Bloomberg, the multibillionaire who arrived late to the race, was still discussed on stage – when Sen. Elizabeth Warren bashed him over the piles of cash he’s spent on his campaign so far.

Asked why she believed she was a better fit than Bloomberg to beat Trump, Warren said, “I don’t think anyone ought to be able to buy their way into nomination or to be president of the United States.”

The line scored a round of applause from the crowd – and Warren threw in an apparent dig at Buttigieg as she continued.

Warren had previously blasted Buttigieg, who claimed victory in the Iowa caucus this week, for

holding a ritzy fundraising event inside a wine cave – a moment that quickly went viral. 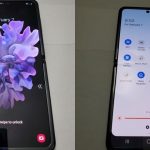 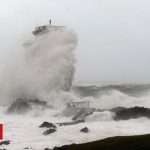