A Russian historian is behind bars after allegedly being dragged from a river with a woman’s severed arms in his backpack.

Investigators later discovered the victim’s head and body, along with a blood-covered saw, at his home in St Petersburg, investigators say.

A decapitated head and body along with a saw covered in blood were later found at Professor Oleg Sokolov’s flat in St Petersburg.

She had been in a relationship with the 63 – year-old historian when he “ accidentally killed her ”following an argument, according to the report which stated he had confessed to police.

A criminal case for murder has been opened, say law enforcement sources.

The academic is in detention in hospital suffering from hypothermia, say multiple reports.

He was dragged from the icy Moyka River in St Petersburg in the early hours of Saturday morning.

In his backpack were two female arms severed at the elbow and a gun.

The gruesome corpse and severed head were found at his nearby apartment on Moyka Embankment, say reports.

Sokolov is considered a leading Russian expert on the Napoleonic Wars.

He is well known for reenacting moments of Napoleonic history.

He is a professor at St Petersburg State University, which was attended in the Soviet era by Vladimir Putin.

Sokolov was president of the Russian Association of Military History and is now a member of the body’s scientific council.

He has worked as a technical adviser to European television broadcasters on films depicting the Napoleonic era, and he was made a knight of the Legion of Honor in France in 2003. 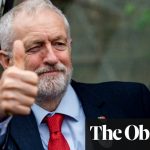