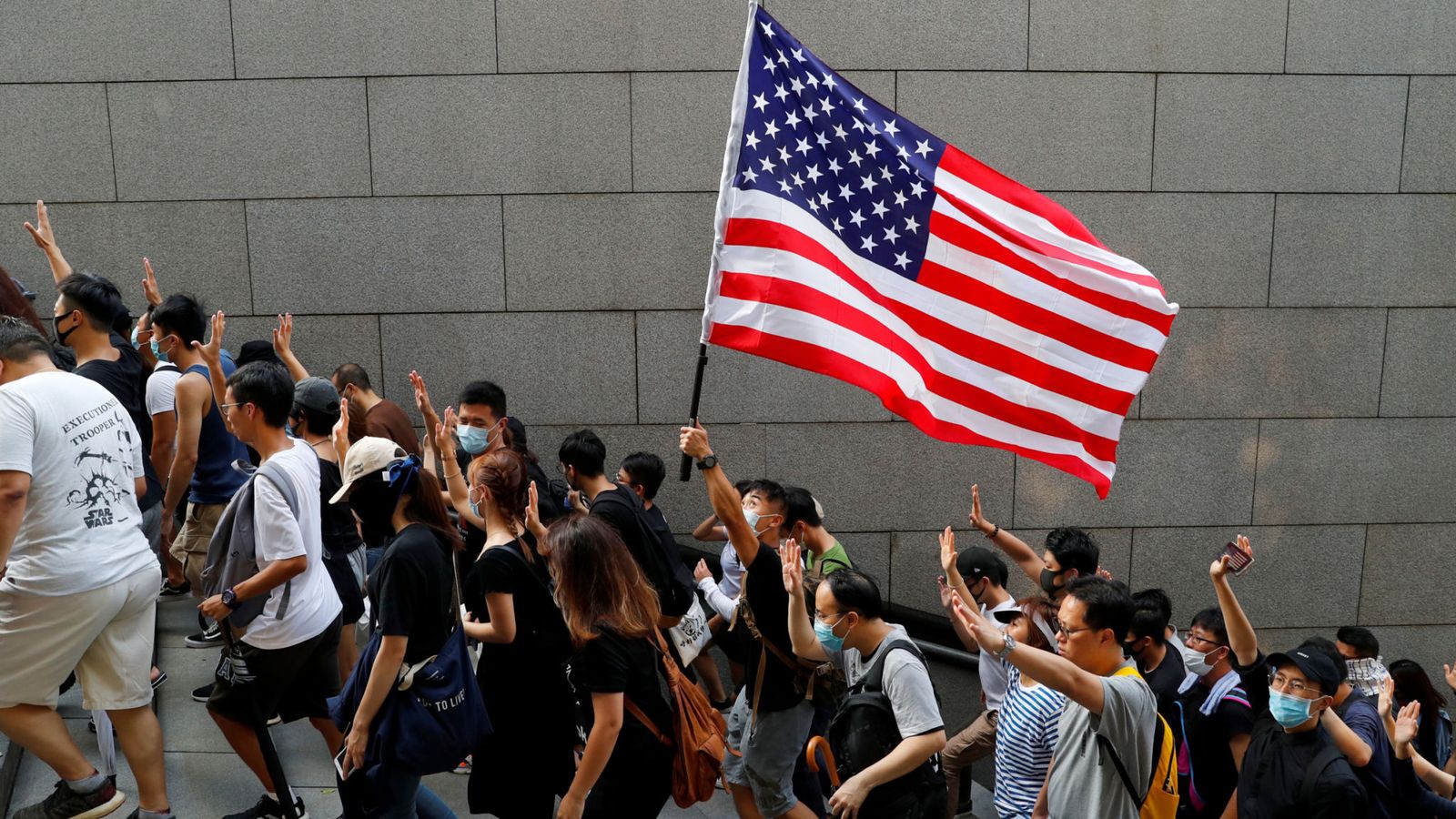 Pro-democracy protesters in Hong Kong have appealed to Donald Trump to help them as their latest march descended into violent clashes with police.

Thousands of people, many carrying US flags, marched to the US consulate to deliver petitions before police used tear gas to disperse them after fires were started in an upmarket district.

The US national anthem, The Star Spangled Banner, was sung by demonstrators, who urged the US president to “liberate” the city.

Others shouted slogans such as: “Fight for freedom, stand with Hong Kong “and” Resist Beijing, liberate Hong Kong. “

Activists are calling on the US to pass a proposed “Hong Kong Human Rights and Democracy Act”, which Democratic Senators are pushing for consideration next week.

Later, in a familiar pattern, some of the protesters set barricades, smashed windows, started street fires and attacked a metro station in the upmarket Central district.

Cardboard boxes were set alight as demonstrators built barricades with metal fencing before police responded, as they did in similar circumstances onSaturday, by using tear gas to disperse marchers in nearby Causeway Bay.

Sky’s special correspondent, Alex Crawford, in Hong Kong, said “there was a lot of chaos”, describing how protesters destroyed traffic lights as they moved through the main commercial area.

Protesters dressed in their customary black, were armed, she said, with “iron bars, shovels and wheelbarrows full of bricks”.

When confronted by police, they “ran in different directions, many into shopping malls where they changed into other clothes before melting away.

” There is a great deal of anger towards police, “she said,” over allegations of brutality and sexual violence towards female protesters. “

The protests, now in their 14 th straight week, have continued even as Hong Kong’s leaders met one of the protesters’ key demands by withdrawing a contested extradition bill.

The proposal would have meant that criminals could be extradited to the Chinese mainland – a move which activists argued would tamper with the region’s autonomy.

Protesters say embattled chief executive Carrie Lam’s withdrawal of the bill, marking an attempt to restore order in the city, is too little, too late.

The demonstrations have since evolved into calls for more democracy and the withdrawal of the bill is only one of the protesters’ five key demands.

China, which is backing Ms Lam, has consistently warned other countries not to interfere.

It says the situation in Hong Kong, a former British colony handed back to China in 1997, is purely its own internal affair. 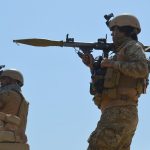 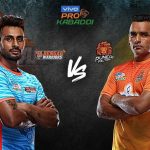