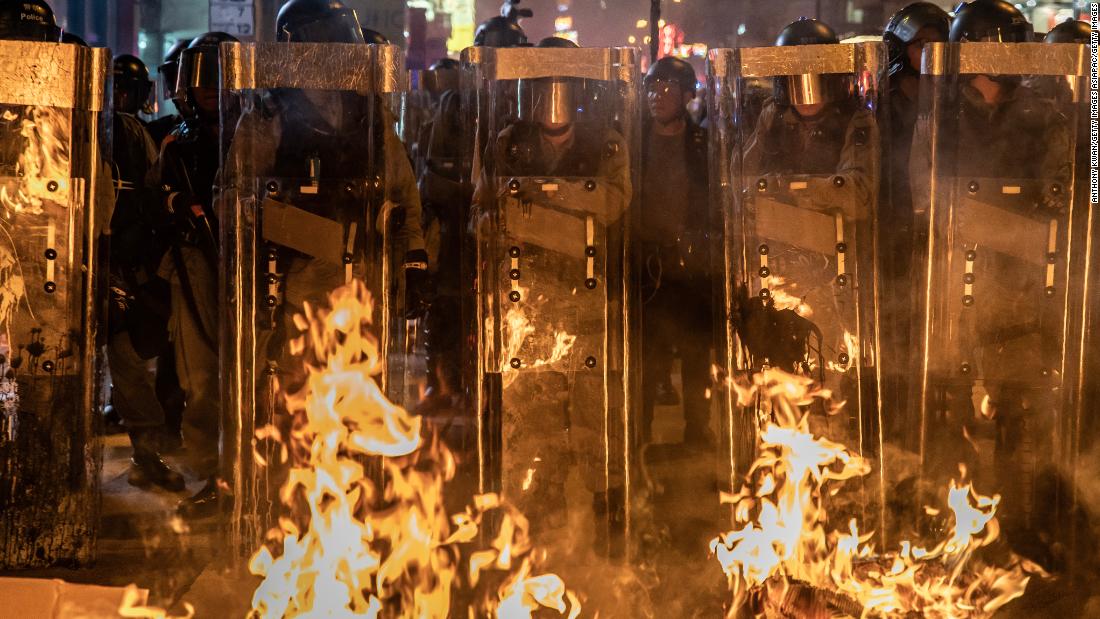 Hong Kong (CNN)Hong Kong protesters have called for demonstrations at the city’s international airport after a night of heated clashes with police in one of the world’s most populated districts.

Saturday marks the beginning of the14 th straight weekend of planned protestsin the Asian financial hub, despite attempts by the Hong Kong governmentto ease tensions across the city.

Chief Executive Carrie Lam announced on Wednesday that the controversial China extradition billwould be withdrawn,a longtime demand of demonstrators and one of the main catalysts of the protest movement.

But many high-profile protest leaders said the concession wastoo little too late,and heated clashes in the residential and shopping hub of Mong Kok on Friday night indicate demonstrators aren’t backing down.

On Saturday, protesters were being encouraged to gather at the airport from about midday to demonstrate, resulting in a heavy police presence at the terminal and its approaching roads.

Passengers have been forced to present a boarding pass to enter the international airport since mass demonstrations shut down the transport hub in mid-August. On messaging groups, protesters were urging each other to blend in with travelers to try to enter the terminal undetected.

“Don’t wear black-colored clothing, don’t yell slogans Participants can wear masks and no need to bring other equipment, “a message on one of the organizing Telegram groups said.

The Airport Express train, which links Hong Kong island to the terminals, was running at reduced intervals on Saturday. Some passengers reported police were searching buses headed to the airport to check whether any protesters were aboard.

Many of those waiting at the airport said they had arrived for their flights very early to avoid disruptions, some of them by as much as 12 hours.

“We just want to go home,” 33 – year-old Dutch project manager Elger Vermeer said. “I do have sympathy for the demonstrators, but the way it’s being pursued … I have my doubts. It’s going a bit too far.”

The planned demonstrations on Saturday follow another night of clashes between police and protesters in the crowded district of Mong Kok, with officers using tear gas to disperse crowds.

Mong Kok police station has become a focus for demonstrations in the past week after officers enteredthe nearby Prince Edward subway stationon Sunday and forcefully arrested a number of people.

Videos from the scene, which were widely distributed online, appeared to show protesters crying and hugging each other while police officers chased them and threatened them with batons .

Every night since there has been a gathering o utside the subway, beside Mong Kok police station, with demonstrators calling on police to apologize for excessive violence. One of the exits of the subway station has even been turned into a memorial wall with flowers and messages of support.

On Friday, peaceful protesters gathered inside the Prince Edward subway station for a sit in to call on the MTR transport corporation to release CCTV of Sunday’s incident.

But after police moved to disperse them, the protesters rapidly became violent, building barricades and pulling bricks out of the sidewalk to throw at police. “Such acts seriously endanger public safety,” Hong Kong police said on their official Twitter.

The ongoing demonstrations in Mong Kok come despite Chief Executive Lam announcing “four actions” to appease protesters on Wednesday, including the extradition bill’s withdrawal and more communication by the government.

“We must find ways to address the discontent in society and look for solutions,” Lam said in aa video statement Wednesday evening.

But with the protesters’ four other demands unmet, including an investigation into police conduct and greater democracy in the city, the demonstrations look set to continue.

On the protesters’ social media and communication groups, the rallying cry has been “Five demands, not one less.” No further concessions are expected by the Hong Kong government in the near future.

Hong Kong’s international airport has increasingly become a focus for protesters. Disruptions at one of the world’s busiest passenger and cargo hubs can have a major impact and attract global attention.

Regular peaceful protests in the airport’s arrival hallescalated on August 12when a surge of demonstrators into Terminal 1 led to the cancellation all flights .

The next day demonstrators actively blocked passengers from heading to their departure gates, leading to more cancellations.

Both nights left thousands of passengers stranded and drew international headlines, leading Hong Kong’s Airport Authority to get a court injunction blocking protesters from the terminal.

Unable to demonstrate inside the terminal, protesters moved instead toblock access to the airport on September 1, barricading roads and throwing objects on the tracks of the Airport Express train.

For hours, all transport links to and from the airport were shut down, leaving passengers and plane crews forced to walk along roads to reach the terminal. 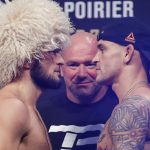 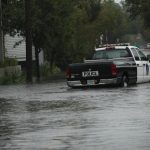