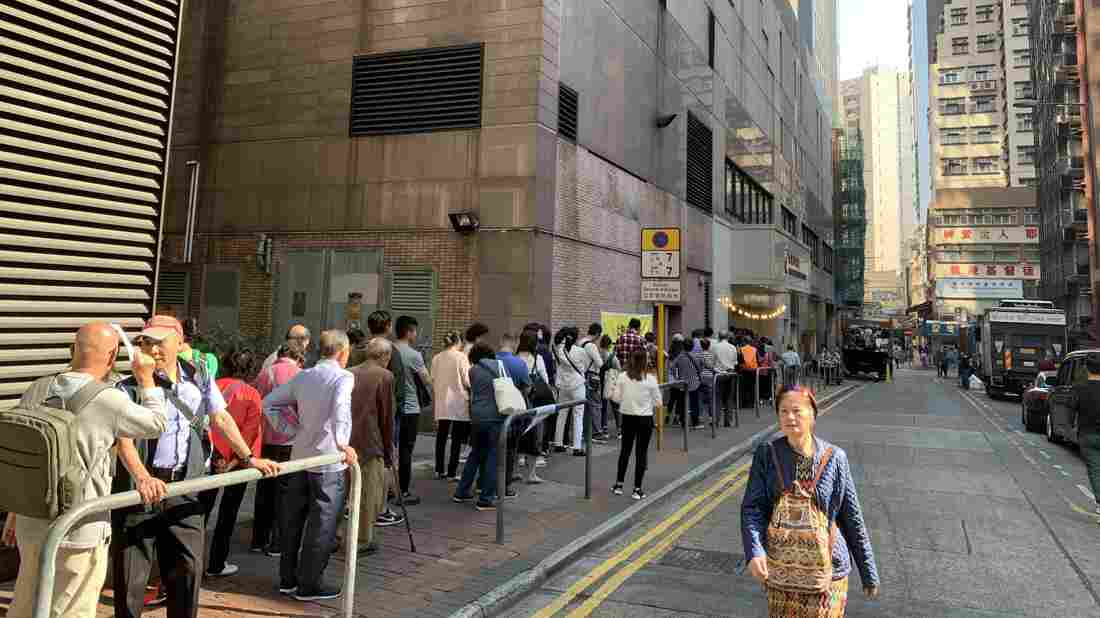 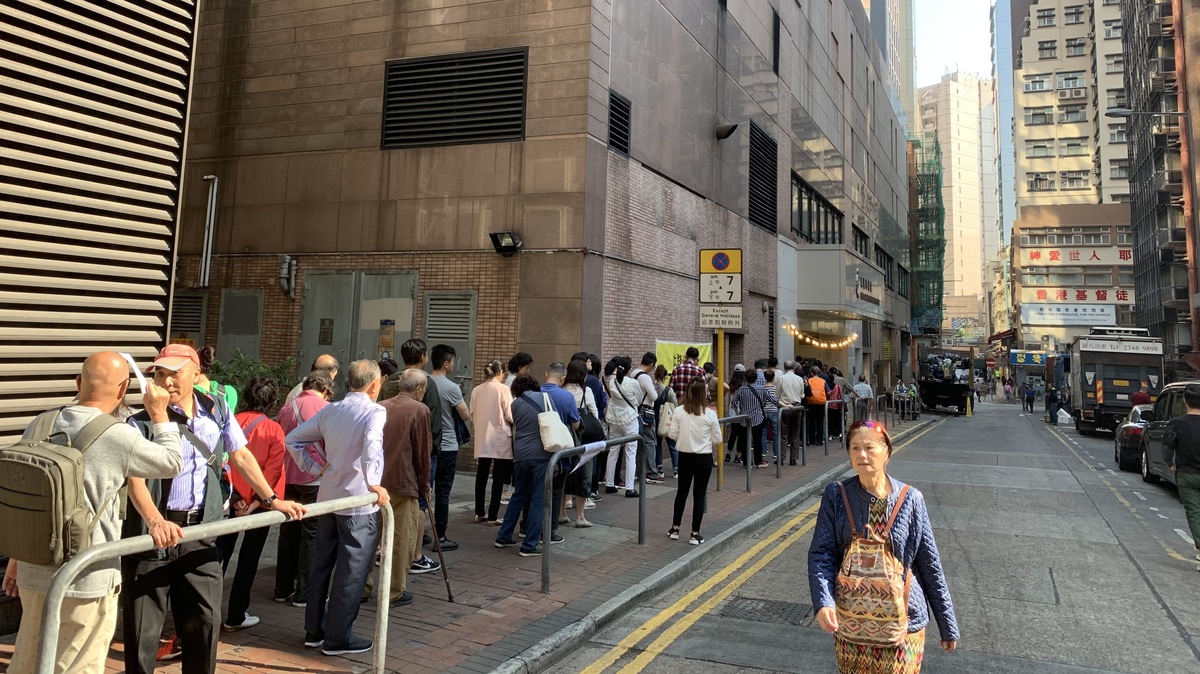 Millions of people turned out to vote in Hong Kong’s district elections Sunday – a peaceful action nonetheless seen by many as an act of protest.

Normally low-key affairs, this year elections for district councilors – akin to community representatives – have been widely seen as a referendum on popular support for ongoing anti-government protests that are now in their sixth month.

Long lines of voters snaked around voting booths in each of Hong Kong’s 18 districts Sunday morning as voters rushed to cast their ballots in case booths were closed later on.

By early evening, the city reported more than 2.4 million people had voted – exceeding the 2.2 million total votes cast in the 2016 legislative elections.

“Since the civil unrest and protest movement began in June, today is the only institution and method to express our discontent to Beijing,” pro-democracy activist Joshua Wong

Wong was disqualifiedfrom running for a district seat himself after election regulators declared his candidacy in violation of the city’s Basic Law, or constitution, because Wong has previously advocated for Hong Kong’s “self-determination,” a stance Beijing has sought to cast as separatism.

Ongoing anti-government protests have roiled the city since June, after furor over an extradition bill that could have sent suspected criminals to mainland China drew millions into the streets in peaceful protest.

Hong Kong’s chief executive, Carrie Lam, later permanently withdrew the bill after three months of steadily more violent protest, an action demonstrators said was too little, too late. They are now demanding direct elections for the city’s next chief executive and an independent inquiry into police tactics used to suppress demonstrations.

Against this backdrop, the district elections have taken on an outsize significance, and voters have mobilized in unprecedented fashion. Governmentvoter registration statisticsshow that more than 4.1 million people are registered to vote Sunday in a city of around 7.4 million, the highest level ever recorded. For the first time ever, all 452 elected district councilor seats are being contested as many first-time, pan-democratic candidates run for office.

Hong Kong’s 452 elected councilors normally concern themselves with more mundane tasks, such as overseeing garbage disposal policies and street lighting. They have advisory functions and control over how some of the city’s finances are disbursed locally, but possess no lawmaking abilities.

“They do not listen to our opinions actually. They can do whatever they want, and we cannot monitor them, “said Philip Wong, 40, who was preparing to cast his ballot Sunday morning for first-time candidate Isaac Ho, a founding member of the pan-democratic group Community March.

But this year, Wong says his vote mattered more : “Whether or not [this election] makes a change, it is a reflection of the Hong Kong people’s voice. We can use the vote to express our discontent and dissatisfaction with the current government and the police brutality.”

And district councilors are not entirely powerless.About a quarter of them, 117, also sit on the 1, 200 – member council that elects the city’s chief executive. District councilors also are allocated six seats on the city’s 70 – person Legislative Council, which sets policy. Pan-democrats are hoping that by electing a majority in the district councils, they may be able to tip Hong Kong’s historically pro-Beijing lawmaking bodies in their favor. 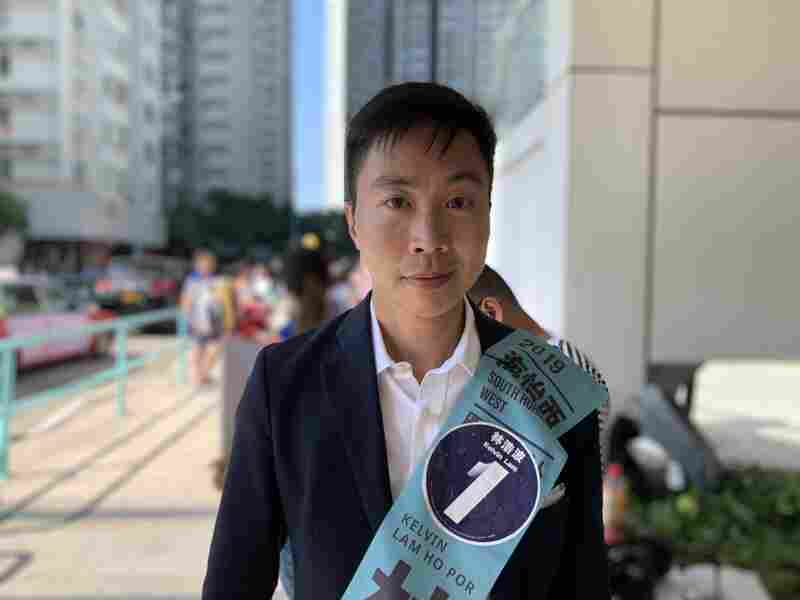 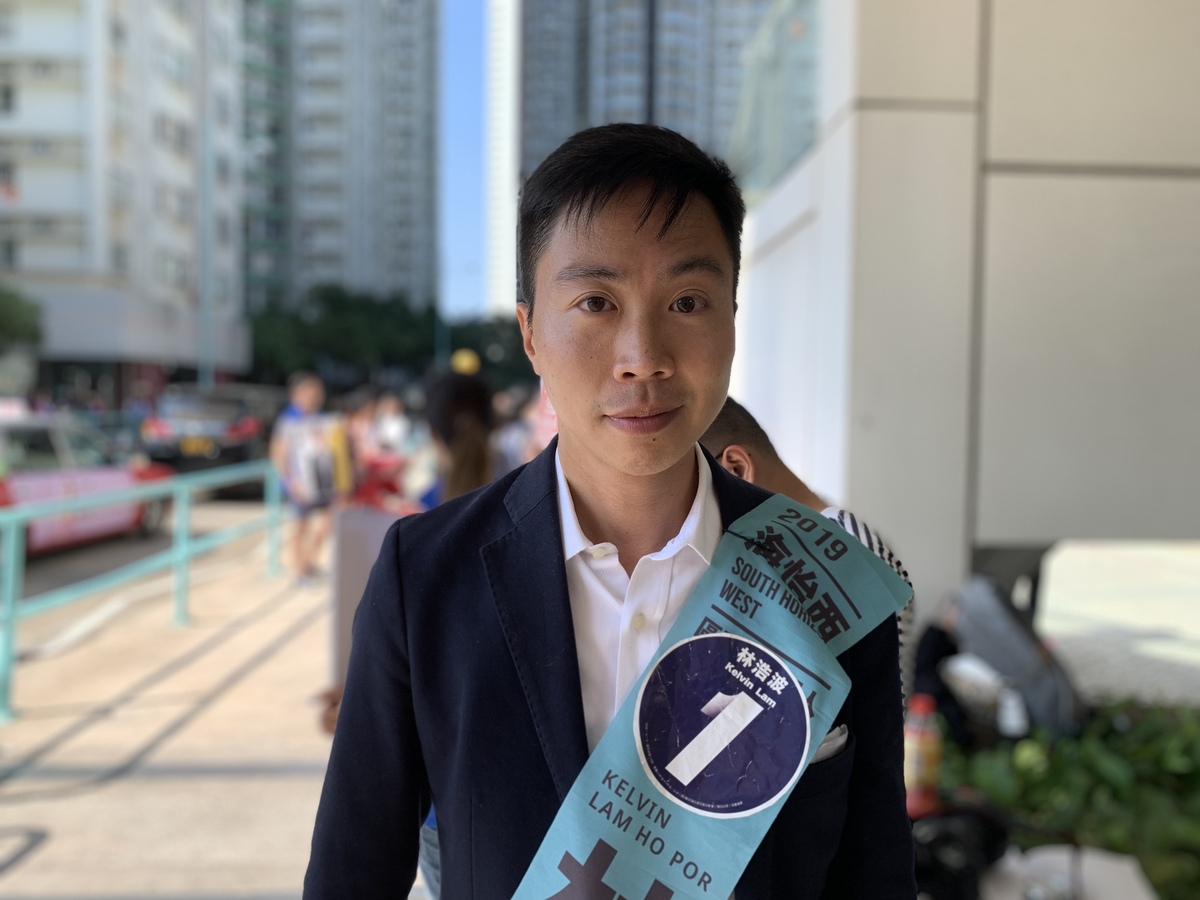 Kelvin Lam, a pan-democratic candidate, is running in lieu of activist Joshua Wong, who was disqualified in October. “We want a more transparent structure for all the meetings,” he says.

But Kelvin Lam, a district candidate running in lieu of Joshua Wong, cautioned that the councilors’ first tasks would start with fairly modest goals, such as livestreaming council meetings to the public: “We will start the reform at the fairly low level first … we want a more transparent structure for all the meetings. “

Only steps away from Lam, supporters of incumbent Judy Chan waved flyers and shook hands with voters. Chan, a protégé of prominent pro-Beijing lawmaker Regina Ip, promised to restore order to a city she said had been shaken by protests.

“For the past six months, a lot of violence has happened in Hong Kong and many people are not happy,” said Chan, referring to the current anti- government protests. “We feel we even lost our freedom of saying how we think, and I am hoping this election the result will come out good and hopefully it will send a message to everyone as saying that the Hong Kong people will really want a peaceful community all around . 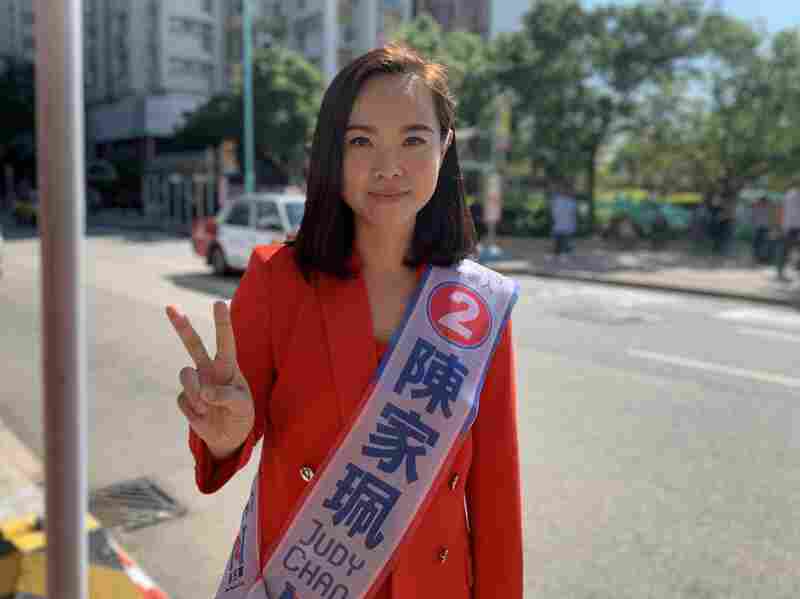 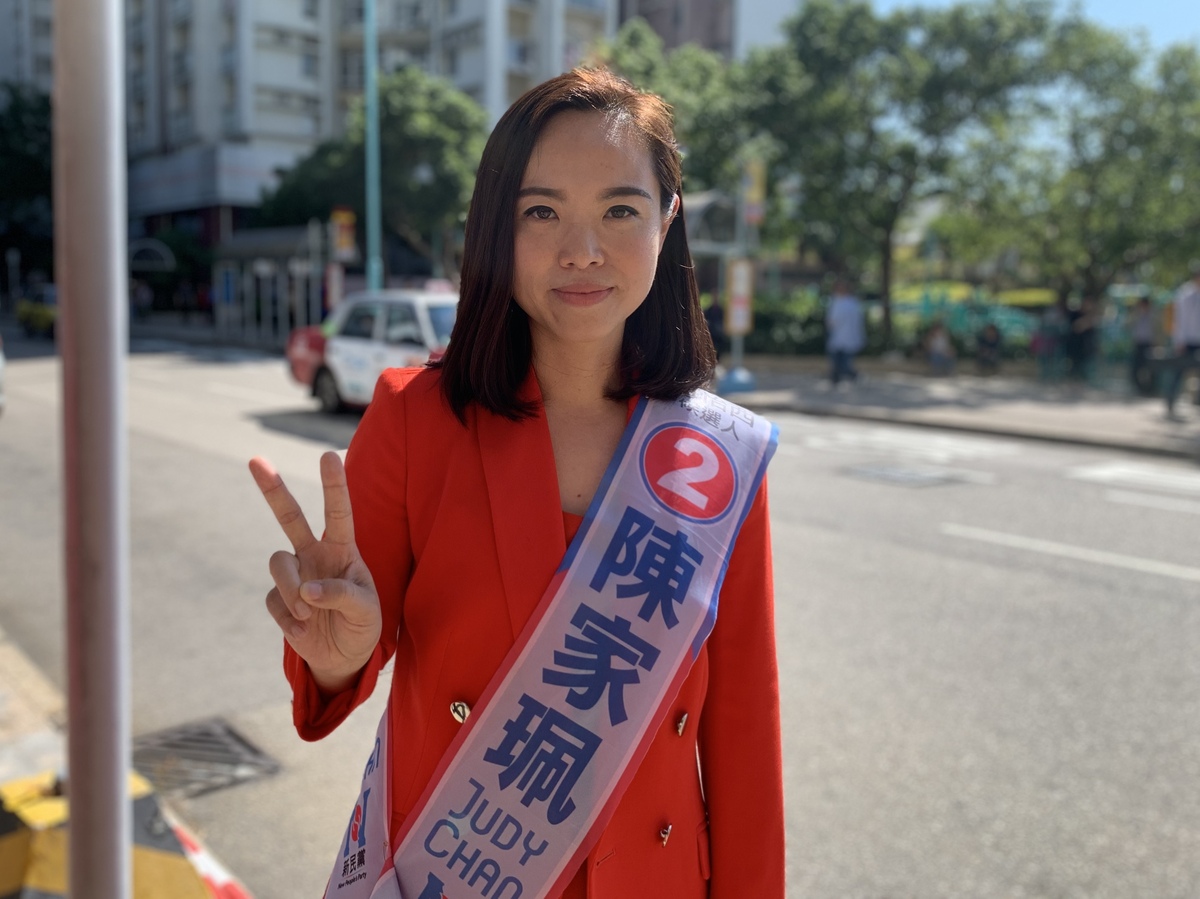 Judy Chan, the pro-Beijing incumbent from the New People’s Party, is running against Kelvin Lam. She promised to restore order to a city she said had been shaken by protests.

The Hong Kong government had repeatedly warned it might delay the district elections, held every four years, over concerns of violence. But the two days leading up to Sunday’s elections were quiet as protesters dialed back activities so as not to justify a delay.

However, acts of intimidation have overshadowed the elections. Three political parties who lean more pro-Beijing say more than 100 of their district councilors’ offices and facilities have been graffitied or broken-into in the run-up to Sunday. At least four pan-democratic candidates have been physically attacked while campaigning.

Fears over potential meddling from Beijing were also running high Sunday. Residents shared photos on social media of men allegedly from outside of Hong Kong who were clustered outside various voting stations, filming voters with mobile phones throughout the day. One such group of men, when approached by this NPR reporter, refused to answer questions, walking in circles before disappearing into a metro station.

“This is the first time that many people have been woke up to their responsibility to vote,” said Isabel Long, 23, a first-time voter herself. She vowed to vote in the next elections, regardless of how protests ended. 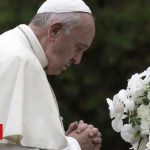