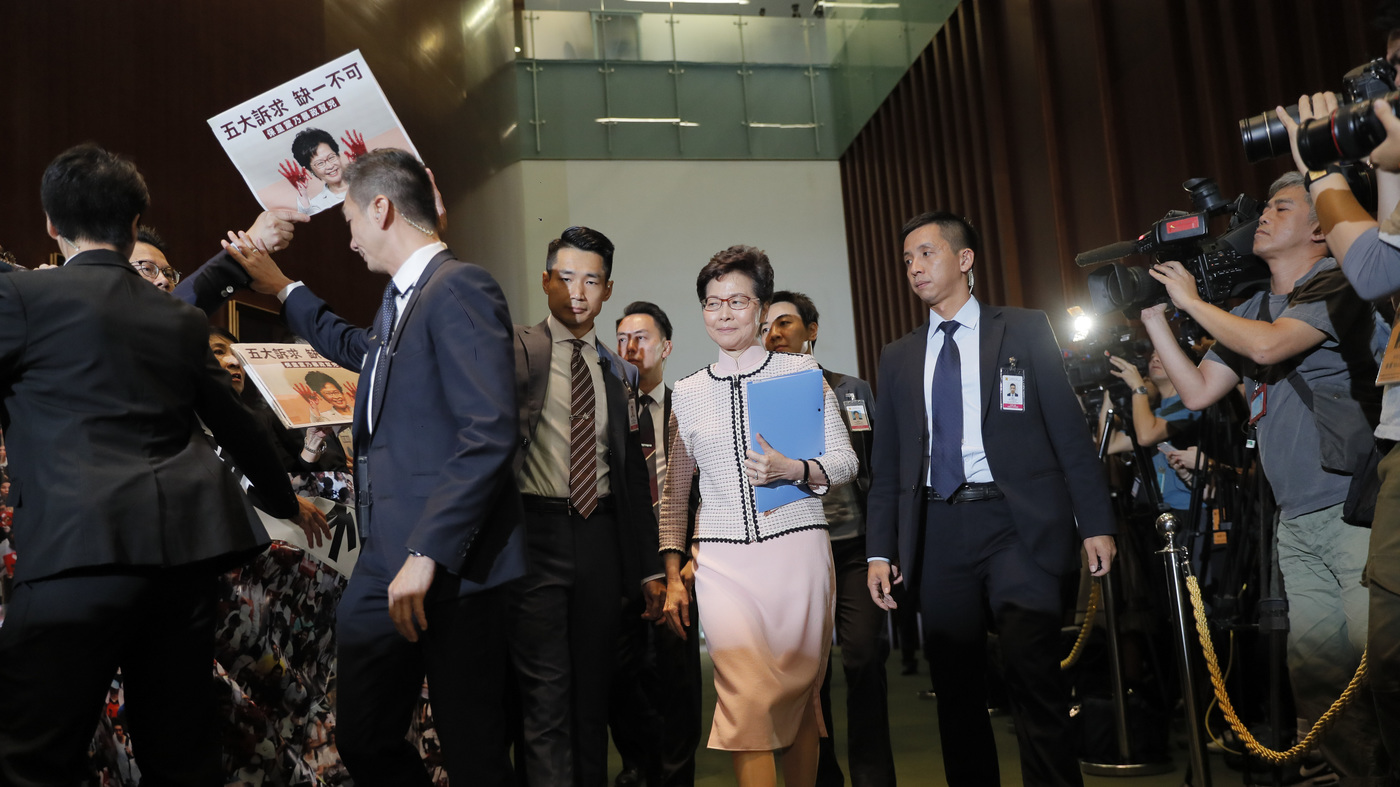 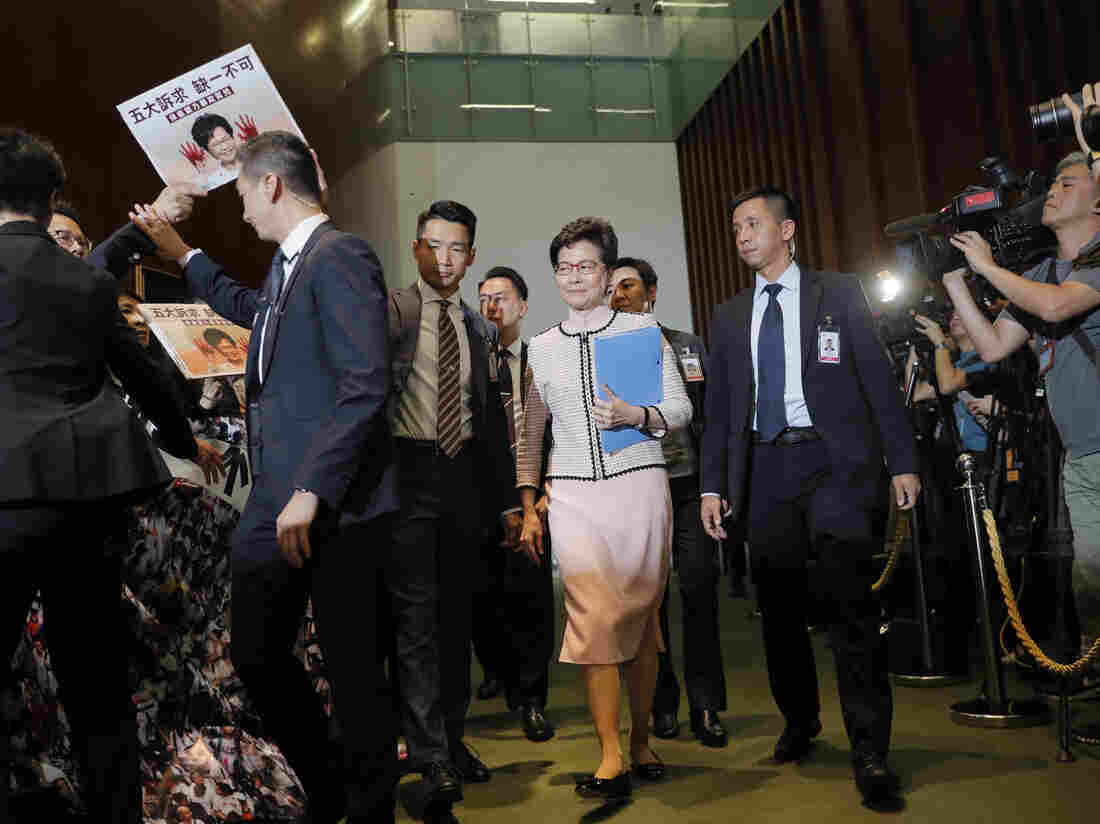 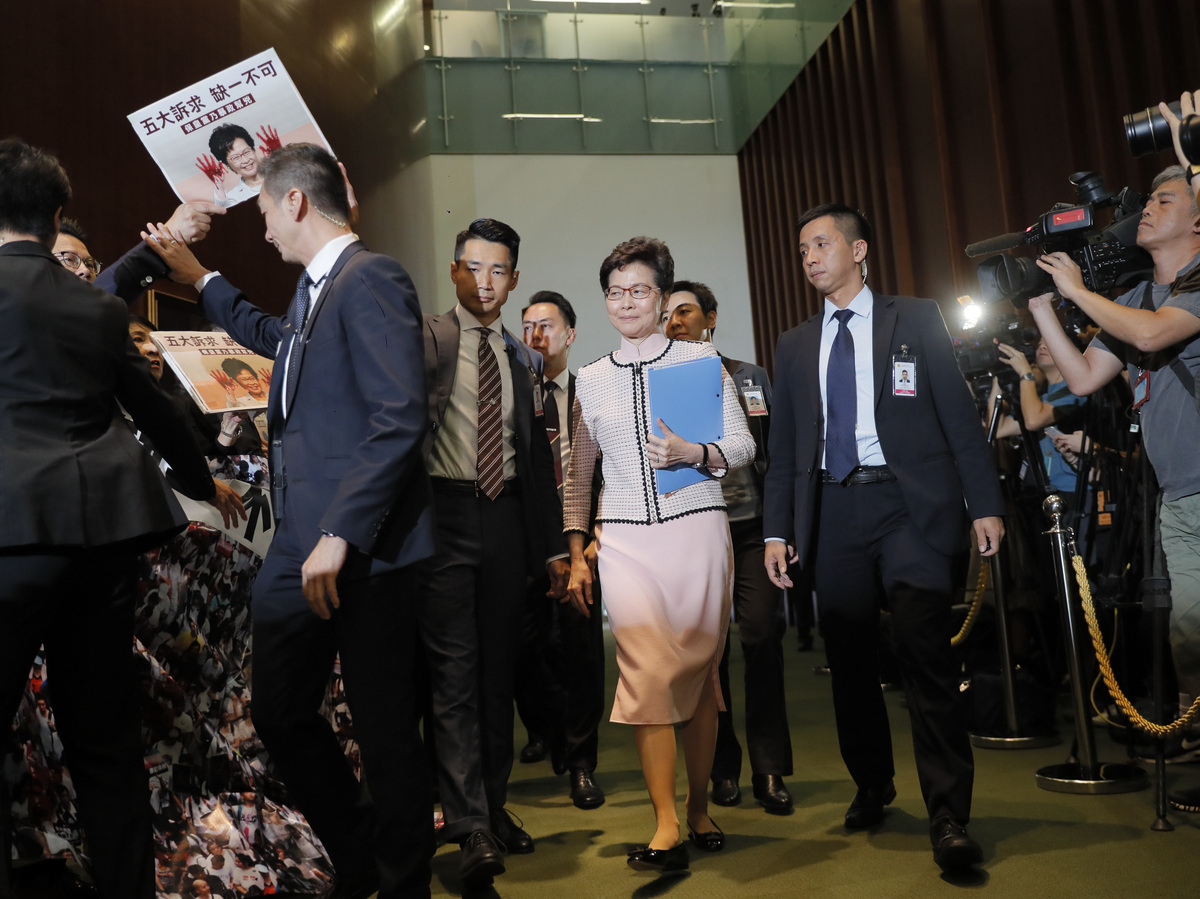 Hong Kong Chief Executive Carrie Lam, center, arrives amid protests as she prepares to deliver her policies at the chamber of the Legislative Council in Hong Kong, on Wednesday.

Hong Kong’s embattled chief executive was forced to cut short an annual policy address when pro-democracy lawmakers shouted her out of the chamber – a further sign that months of anti-government protests in the city were taking a toll on her ability to govern.

Carrie Lam – Hong Kong’s Beijing-appointed leader who has been the target of protesters’ ire for nearly five months – spoke only briefly before protesting lawmakers forced her to step away from the podium.

About 20 minutes later, she returned and resumed her speech, only to be shouted down a second time. As she retreated from the chamber, angry lawmakers carrying placards of the chief executive with bloodied hands chanted “Carrie Lam, step down” and “Five demands, not one less,” a reference to protesters’ calls for greater freedom in the Chinese territory.

The angry lawmakers, some of whom used a projector to cast the “Five demands” slogan behind the rostrum, were expelled from the chamber. 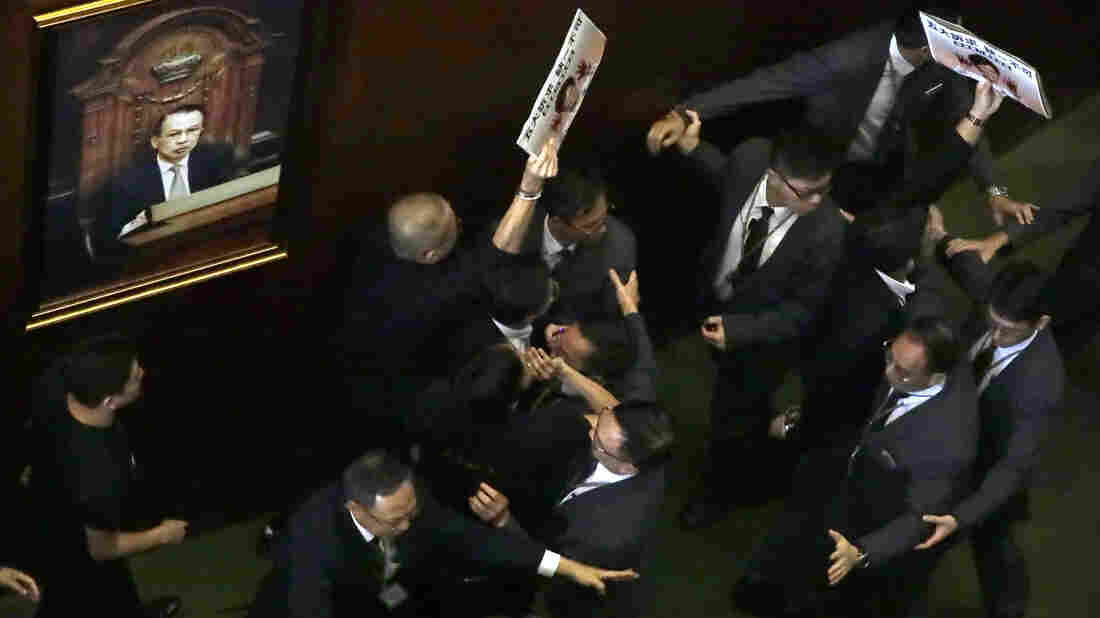 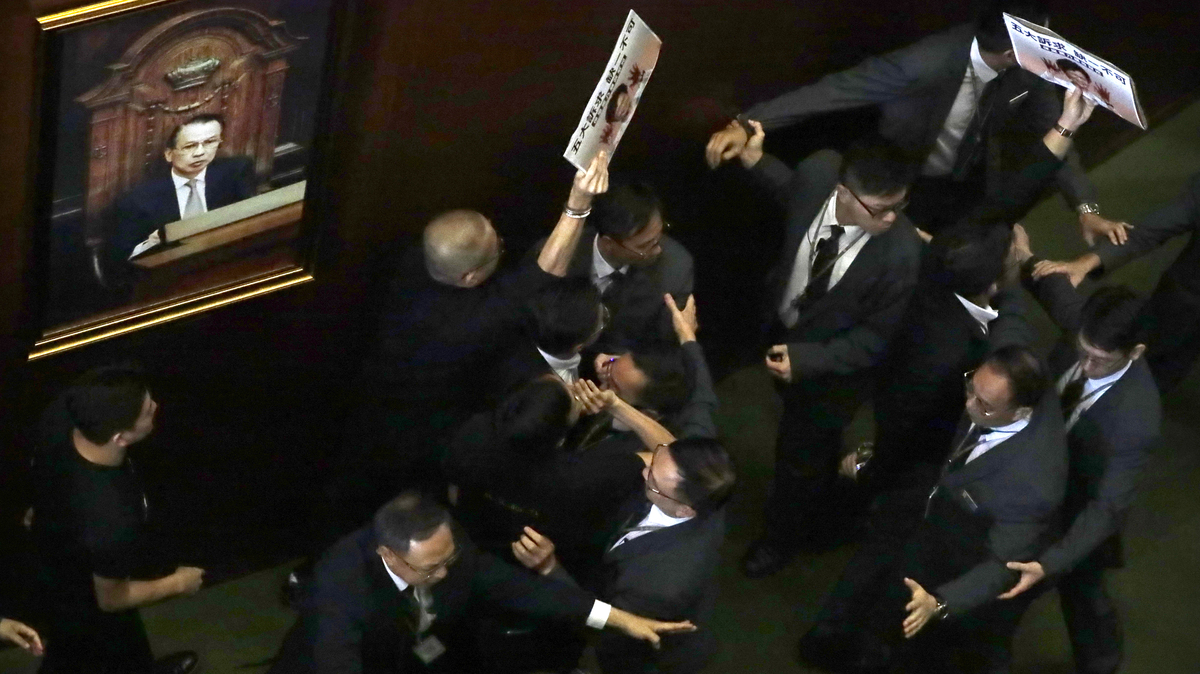 Pro-democracy legislators scuffle with security officials as they follow Hong Kong Chief Executive Carrie Lam as she leaves the Legislative Council in Hong Kong, on Wednesday.

Lam was forced to finish the policy address nearly an hour-and-a-half late by video.

In it, Lam said Hong Kong was going through a “major crisis,” and appealed to the territory’s 7.5 million residents to “cherish the city.”

She warned that “continued violence and spread of hatred will erode the core values ​​of Hong Kong. “

In conclusion, Lam said the former British colony” is facing the most severe challenge “since it was handed back to China in 1997, “but as we end violence, we will see the rainbow after the storm.”

As part of the handover agreement with Britain, China agreed to guarantee Hong Kong a “high degree of autonomy” over its own affairs under a “one country, two systems” formula. However, many in Hong Kong believe Beijing has failed to live up to that promise.

For example, since the handover, pro-democracy candidates for Hong Kong’s legislative chamber, or Legco, have been crowded out by indirectly elected members loyal to Beijing.

A freely elected legislature and the right to choose a replacement for Lam are just two of the demands of protesters who first took to the streets in June to call for the withdraw of a controversial extradition law that would have allowed some accused of crimes in Hong Kong to face courts in mainland China.

The extradition bill has since been scrapped, and was to have been formally withdrawn at Wednesday’s Legco session. Even so, the protests have continued to grow, with peaceful marches that have drawn hundreds of thousands of demonstrators from all walks of life in Hong Kong, to smaller and frequently more violent protests led mostly by young student activists that have been met with force by

The ongoing protests are a sensitive subject for China.

The foreign ministry in Beijing on Wednesday accused U.S. lawmakers of a “political plot” against China after the U.S. House of Representatives, by unanimous voice vote, approvedThe Hong Kong Human Rights and Democracy Act of 2019.

The measure requires the secretary of state to annually certify that Hong Kong is “sufficiently autonomous” from Beijing for the city to continue to receive special status under US law. An identical bill is awaiting a vote in the Senate.

Foreign ministry spokesman Geng Shuang, referring to what he called “the incorrect decision by the US,” said of the bill “not only will it harm Chinese interests but it will damage China-US relations and seriously damage the US’s own interests,” according to theSouth China Morning Post. 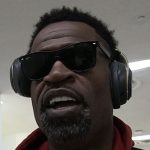