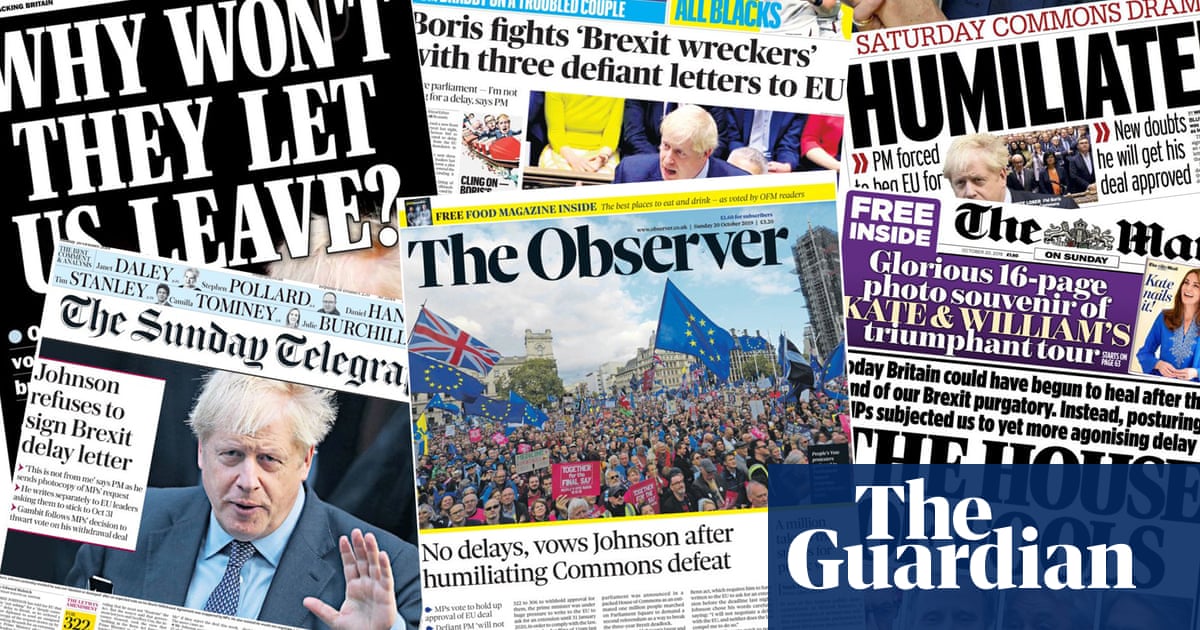 Sunday’s papers worked late into the night to paintBoris Johnsonvariously as a staunch leader battling the “Brexit wreckers” in the Commons, or as prime minister who had notched up another humiliating defeat.

The Observer carries a large picture of thePeople’s Vote marchalongside news of Johnson’s “humiliating Commons defeat”. It reports his latestplans were thrown into chaosafter MPs voted to withhold their approval, and says the prime minister will call on EU leaders to reject any Brexit extension.

The Mirror takes a similar tack, with the one-word headline: “Humiliated.” It says “Blustering Boris was beaten again” and notes his multiple, contradictory letters to EU leaders. It says MPs could now vote on the deal on Monday.

The Sunday Times headline is: “Boris fights ‘Brexit wreckers’ with three defiant letters to the EU.” Using combative language, it reports Johnson “opened a new front in his battle for Brexit” and says the three letters were an effort to circumvent a plot that he branded “ deeply corrosive. ”

The Sunday Telegraph makes a virtue of Johnson’s refusal to sign theBrexitextension request mandated by the Benn Act . In bullet points below, it quotes Johnson as saying the letter “is not from me”. It carries a comment piece by Juliet Samuel, below, in which she speaks of the likely public frustration after “MPs found another ruse to prolong the nation’s agony and postpone, yet again, their own reckoning with reality”.

Other papers focus more on Commons MPs than Johnson. The Daily Mail says simply in its headline: “The house of fools.” It carries pictures of Jeremy Corbyn, Sir Oliver Letwin, John Bercow and Philip Hammond and reports the “nation let out a collective howl of frustration” after the Letwin amendment was passed.

The Sunday Express asks, on a very dark, poster-style front page: “Why won’t they let us leave? ”It reports that Parliament has voted to obstruct“ Boris’s breakthrough Brexit deal ”. 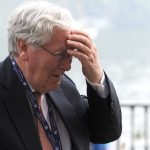