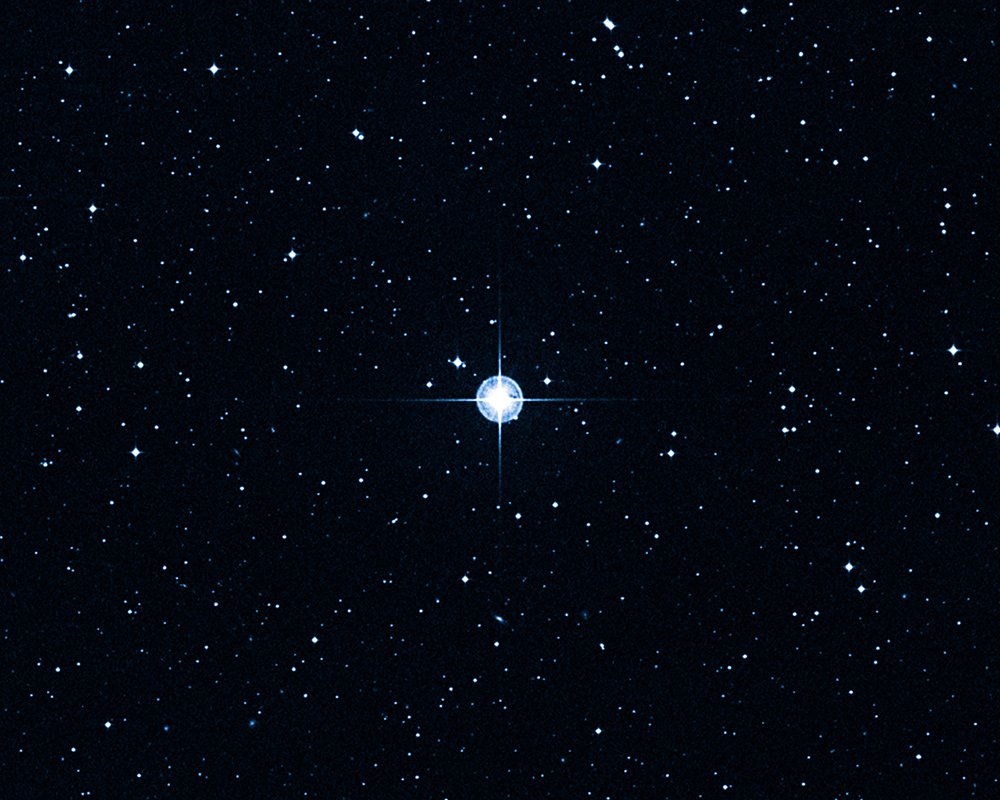 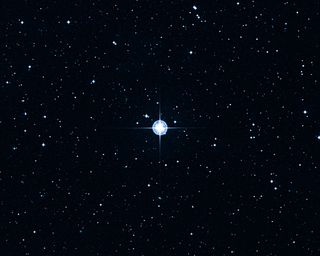 This Digitized Sky Survey image shows the oldest star with a well-determined age in our galaxy. Called the Methuselah star, HD 140283 is 190 .1 light-years away. Astronomers refined the star’s age to about 14 .3 billion years (which is older than the universe), plus or minus 800 million years. Image released March 7, 2013.

For more than 100 years, astronomers have been observing a curious star located some 190 light years away fromEarthin the constellationLibra. It rapidly journeys across the sky at 800, 000 mph (1.3 million kilometers per hour). But more interesting than that, HD 140283 – or Methuselah as it’s commonly known – is also one of the universe’s oldest known stars.

In 2000, scientists sought to date the star using observations via theEuropean Space Agency’s (ESA)Hipparcos satellite, which is estimated an age of 16 billion years old. Such a figure was rather mind-blowing and also pretty baffling. As astronomer Howard Bond of Pennsylvania State University pointed out, the age of the universe – determined from observations of the cosmic microwave background – is 13 .8 billion years old. “It was a serious discrepancy,” he said.

Taken at face value, the star’s predicted age raised a major problem. How could a star be older than the universe? Or, conversely, how could the universe be younger? It was certainly clear thatMethuselah– named in reference to a biblical patriarch who is said to have died aged 969, making him the longest lived of all the figures in the Bible – was old , since the metal-poor subgiant is predominantly made of hydrogen and helium and contains very little iron. It’s composition meant the star must have come into being before iron became commonplace.

But more than two billion years older than its environment? Surely that is just not possible.

Taking a closer look at the age of Methuselah

Bond and his colleagues set themselves to the task of figuring out whether or not that initial figure of 16 billion was accurate. They poured over 11 sets of observations that had been recorded between 2003 and 2011 by the Fine Guidance Sensors of theHubble Space Telescope, which make a note of the positions, distances and energy output of stars. In acquiring parallax, spectroscopy and photometry measurements, a better sense of age could be determined.

“One of the uncertainties with the age of HD 140283 was the precise distance of the star, “Bond told All About Space. “It was important to get this right because we can better determine its luminosity, and from that its age – the brighter the intrinsic luminosity, the younger the star. We were looking for the parallax effect, which meant we were viewing the star six months apart to look for the shift in its position due to the orbital motion of the Earth, which tells us the distance. “

There were also uncertainties in the theoretical modeling of thestars, such as the exact rates of nuclear reactions in the core and the importance of elements diffusing downwards in the outer layers , he said. They worked on the idea that leftover helium diffuses deeper into the core, leaving less hydrogen to burn via nuclear fusion. With fuel used faster, the age is lowered.

“Another factor that was important was, of all things, the amount of oxygen in the star,” Bond said. HD 140283 had a higher than predicted oxygen-to-iron ratio and, since oxygen was not abundant in the universe for a few million years, it pointed again to a lower age for the star.

Bond and his collaborators estimated HD 140283 ‘s age to be 14. 46 billion years – a significant reduction on the 16 billion previously claimed. That was, however, still more than the age of the universe itself, but the scientists posed a residual uncertainty of 800 million years, which Bond said made the star’s age compatible with theage of the universe, even though it wasn’t entirely perfect.

” Like all measured estimates, it is subject to both random and systematic error, “said physicist Robert Matthews of Aston University in Birmingham, UK, who was not in volved in the study. “The overlap in the error bars gives some indication of the probability of a clash with cosmological age determinations,” Matthews said. “In other words, the best supported age of the star is in conflict with that for the derived age of the universe [as determined by thecosmic microwave background], and the conflict can only be resolved by pushing the error bars to their extreme limits.”

Further refinements saw the age of HD 140283 fall a bit more. A 2014follow-up studyupdated the star’s age to 14. 27 billion years. “The conclusion reached was that the age is about 14 billion years and, again, if one includes all sources of uncertainty – both in the observational measurements and the theoretical modeling – the error is about 700 or 800 million years, so there is no conflict because 13 .8 billion years lies within the star’s error bar, “Bond said.

Taking a closer look at the age of the universe

For Bond, the similarities between the age of the universe and that of this old nearby star – both of which have been determined by different methods of analysis – is “an amazing scientific achievement which provides very strong evidence for the(Big Bang)picture of the universe “. He said the problem with the age of the oldest stars is far less severe than it was in the 1990 s when the stellar ages were approaching 18 billion years or, in one case, 20 billion years. “With the uncertainties of the determinations, the ages are now agreeing,” Bond said.

Yet Matthews believes the problem has not yet been resolved. Astronomers at an international conference of top cosmologists at the Kavli Institute for Theoretical Physics in Santa Barbara, California, in July 2019 were puzzling over studies that suggested different ages for the universe. They were looking at measurements of galaxies that are relatively nearby which suggest the universe is younger by hundreds of millions of years compared to the age determined by the cosmic microwave background.

Related:7 Surprising Things About the Universe

In fact, far from being 13. 8 billion years old, as estimated by the European Planck space telescope’s detailed measurements of cosmic radiation in 2013, the universe may be as young as 4 billion years. One of those behind the studies is Nobel laureate Adam Riess of the Space Telescope Science Institute in Baltimore, Maryland.

The conclusions are based on the idea of ​​anexpanding universe, as shown in 1929 by Edwin Hubble. This is fundamental to the Big Bang – the understanding that there was once a state of hot denseness that exploded out, stretching space. It indicates a starting point that should be measurable, but fresh findings are suggesting that the expansion rate is actually around 10% higher than the one suggested by Planck.

Indeed, the Planck team determined that the expansion rate was 67. 4 km per second per megaparsec, but more recent measurements taken of the expansion rate of the universe point to values ​​of 73 or 74. That means there is a difference between the measurement of how fast the universe is expanding today and the predictions of how fast it should be expanding based on the physics of the early universe, Riess said. It’s leading to a reassessment of accepted theories while also showing there is still much to learn aboutDark matterand(dark energy) *************************, which are thought to be behind this conundrum.

A higher value for the Hubble Constant indicates a shorter age for the universe. A constant of 67. 74 km per second per megaparsec would lead to an age of 13 .8 billion years, whereas one of 73, or even as high as 77 as some studies have shown , would indicate a universe age no greater than 12 .7 billion years. It’s a mismatch that suggests, once again, that HD 140283 is older than the universe. It has also since been superseded by a 2019 study published in the journalSciencethat proposed a Hubble Constant of 82 .4 – suggesting that the universe’s age is only 11 .4 billion years.

Matthews believes the answers lie in greater cosmological refinement. “I suspect that the observational cosmologists have missed something that creates this paradox, rather than the stellar astrophysicists,” he said, pointing to the measurements of the stars being perhaps more accurate. “That’s not because the cosmologists are in any way sloppier, but because age determination of the universe is subject to more and arguably trickier observational and theoretical uncertainties than that of stars.”

So, how will scientists figure this out?

But what could be making the universe potentially appear younger than this particular star?

“There are two options, and the history of science suggests that in such cases the reality is a mix of both, “Matthews said. “In this case that would be sources of observational error that haven’t been fully understood, plus some gaps in the theory of the dynamics of the universe, such as the strength of dark energy, which has been the prime driver of the cosmic expansion for many billions of years now. “

He suggests the possibility that the current “age paradox” reflect time variation in dark energy, and thus a change in the rate of acceleration – a possibility theorists have found might be compatible with ideas about the fundamental nature ofgravity, such as so-called causal set theory. New research intogravitational wavescould help to resolve the paradox, Matthews said.

To do this, scientists would look at the ripples in the fabric of space and time created by pairs of dead stars, rather than relying on the cosmic microwave background or the monitoring of nearby objects such asCepheid variablesand supernovae to measure the Hubble Constant – the former resulting in the speed of 67 km per second per megaparsec and the latter in 73.

Trouble is, measuring gravitational waves is no easy task, given they were only directly detected for the first time in 2015. But according to Stephen Feeney, an astrophysicist at the Flatiron Institute in New York, a breakthrough could be made over the course of the next decade. The idea is to collect data from collisions between pairs ofneutron starsusing the visible light these events emit to figure out the speed they are moving relative to Earth. It also entails analyzing the resulting gravitational waves for an idea of ​​distance – both of which can combine to give a measurement of the Hubble Constant that should be the most accurate yet.

The mystery of the age of HD 140283 is leading to something bigger and more scientifically complex, altering the understanding of how the universe works.

“The most likely explanations for the paradox are some overlooked observational effect and / or something big missing from our understanding of the dynamics of the cosmic expansion, “Matthews said. Precisely what that “something” is, is sure to keep astronomers challenged for some time. 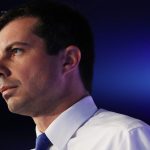 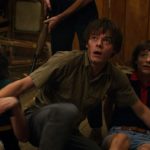