Y Combinator’s 7th birthday was March 11. As usual we were so busy we didn’t notice till a few days after. I don’t think we’ve ever managed to remember our birthday on our birthday.

At the time I had been thinking about doing some angel investing. I. had just given a talk to the undergraduate computer club at Harvard abouthow to start a startup, and it hit me afterward that although I had always meant to do angel investing, 7 years had now passed since I got enough money to do it, and I still hadn’t started. I had also been thinking about ways to work with Robert Morris and Trevor Blackwell again. A few hours before I had sent them an email trying to figure out what we could do together.

Between Harvard Square and my house the idea gelled. We’d start our own investment firm and Jessica could work for that instead. As we turned onto Walker Street we decided to do it. I agreed to put $ 100 k into the new fund and Jessica agreed to quit her job to work for it. Over the next couple days I recruited Robert and Trevor, who put in another $ 50 k each. So YC started with $ 200 k.

Jessica was so happy to be able to quit her job and start her own company that I took herpicture when we got home.

The company wasn’t called Y Combinator yet. At first we called it Cambridge Seed. But that name never saw the light of day, because by the time we announced it a few days later, we’d changed the name to Y Combinator. We realized early on that what we were doing could be national in scope and we didn’t want a name that tied us to one place.

Initially we only had part of the idea. We were going to do seed funding with standardized terms. Before YC, seed funding was very haphazard. You’d get that first $ 10 k from your friend’s rich uncle. The deal terms were often a disaster; often neither the investor nor the founders nor the lawyer knew what the documents should look like. Facebook’s early history as a Florida LLC shows how random things could be in those days. We were going to be something there had not been before: a standard source of seed funding.

We modelled YC on the seed funding we ourselves had taken when we started Viaweb. We started Viaweb with $ 10 k we got from our friendJulian Weber, the husband of Idelle Weber, whose painting class I took as a grad student at Harvard. Julian knew about business, but you would not describe him as a suit. Among other things he’d been president of theNational Lampoon. He was also a lawyer, and got all our paperwork set up properly. In return for $ k, getting us set up as a company, teaching us what business was about, and remaining calm in times of crisis, Julian got 10% of Viaweb . I remember thinking once what a good deal Julian got. And then a second later I realized that without Julian, Viaweb would never have made it. So even though it was a good deal for him, it was a good deal for us too. That’s why I knew there was room for something like Y Combinator.

Initially we didn’t have what turned out to be the most important idea: funding startups synchronously, instead of asynchronously as it had always been done before. Or rather we had the idea, but we didn’t realize its significance. We decided very early that the first thing we’d do would be to fund a bunch of startups over the coming summer. But we didn’t realize initially that this would be the way we’d do all our investing. The reason we began by funding a bunch of startups at once was not that we thought it would be a better way to fund startups, but simply because we wanted to learn how to be angel investors, and a summer program for undergrads seemed the fastest way to do it. No one takes summer jobs that seriously. The opportunity cost for a bunch of undergrads to spend a summer working on startups was low enough that we wouldn’t feel guilty encouraging them to do it.

We knew students would already be making plans for the summer, so we did what we’re always telling startups to do: we launched fast. Here are the initialannouncementanddescriptionof what was at the time called the Summer Founders Program.

We got lucky in that the length and structure of a summer program turns out to be perfect for what we do. The structure of the YC cycle is still almost identical to what it was that first summer.

We also got lucky in who the first batch of founders were. We never expected to make any money from that first batch. We thought of the money we were investing as a combination of an educational expense and a charitable donation. But the founders in the first batch turned out to be surprisingly good. And great people too. We’re still friends with a lot of them today.

It’s hard for people to realize now how inconsequential YC seemed at the time. I can’t blame people who didn’t take us seriously, because we ourselves didn’t take that first summer program seriously in the very beginning. But as the summer progressed we were increasingly impressed by how well the startups were doing. Other people started to be impressed too. Jessica and I invented a term, “the Y Combinator effect, “to describe the moment when the realization hit someone that YC was not totally lame. When people came to YC to speak at the dinners that first summer, they came in the spirit of someone coming to address a Boy Scout troop. By the time they left the building they were all saying some variant of “Wow, these companies might actually succeed. “

Now YC is well enough known that people are no longer surprised when the companies we fund are legit, but it took a while for reputation to catch up with reality. That’s one of the reasons we especially like funding ideas that might be dismissed as “toys” – because YC itself was dismissed as one initially.

When we saw how well it worked to fund companies synchronously, we decided we’d keep doing that. We’d fund two batches of startups a year.

We funded the second batch in Silicon Valley. That was a last minute decision. In retrospect I think what pushed me over the edge was going to Foo Camp that fall. The density of startup people in the Bay Area was so much greater than in Boston, and the weather was so nice. I remembered that from living there in the 90 s. Plus I didn’t want someone else to copy us and describe it as the Y Combinator of Silicon Valley. I wanted YC to be the Y Combinator of Silicon Valley. So doing the winter batch in California seemed like one of those rare cases where the self-indulgent choice and the ambitious one were the same.

If we’d had enough time to do what we wanted, Y Combinator would have been in Berkeley. That was our favorite part of the Bay Area. But we didn’t have time to get a building in Berkeley. We didn’t have time to get our own building anywhere. The only way to get enough space in time was to convince Trevor to let us take over part of his (as it then seemed) giant building in Mountain View. Yet again we lucked out, because Mountain View turned out to be the ideal place to put something like YC. But even then we barely made it. The first dinner in California, we had to warn all the founders not to touch the walls, because the paint was still wet. 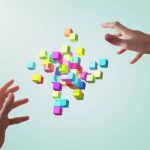 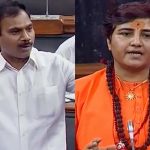