/ This bow-shaped wave forms only in the afternoon. © Planet-C Share this story

You wouldn’t expect a toy spinning top to be rotating at precisely the same rate every time you glance at it, but you probably would expect a planet to. Yet observations of Venus over the years have come up with slightly different numbers when calculating the length of a Venusian day based on its rotation.

Venus is weird enough that we have to be careful to specify what we mean by “a day.” Because Venus slowly spins clockwise as it orbits counterclockwise around the Sun, sunlight takes a lap around the planet faster than Venus itself does a 360. Sunrise to sunrise (metaphorically speaking, given Venus’ cloud-choked atmosphere), a day there is about 117 Earth-days long. Measurements by the Magellan spacecraft in 1990 and Venus Express in 2006 differed by about 7 minutes, though. That wasn’t slop in the measurement — it was a real change.

So why would Venus be slightly changing its rotation speed over time? The most obvious suggestion is that tidal forces from the Sun are somehow responsible. But the recent Japanese spacecraft spotted something strange in Venus ’clouds that shows its atmosphere may have more to do with it.

Akatsuki saw a gigantic ridge at the top of the cloud layer that stayed in place despite the fact that Venus ’atmospheric circulation circumnavigates the globe in just four Earth-days. The cloud ridge was located above a region of highlands called Aphrodite Terra and seemed to be a shockingly large atmospheric gravity wave — not unlike a stationary ripple above a rock in a flowing stream.

It’s too subtle to notice on Earth without extremely precise measurement techniques, but the atmosphere can trade angular momentum with the solid planet, slightly speeding up or slowing down its rotation. Based on this fact, a team led by UCLA’s decided to investigate whether that giant atmospheric wave could help explain Venus ’variable day.

To do this, the group turned to an existing climate model designed for Venus. The problem is that the spatial resolution of this model is too coarse to include a detailed representation of the topography of Aphrodite Terra. Rather than create an impractically slow-running model by greatly increasing the resolution, the researchers instead worked to code in the physical consequences of the topography on the atmosphere. This is called “parameterization,” and it’s done for all sorts of things that occur at a smaller scale than a model grid cell — right down to the formation of microscopic cloud droplets.

Having added the wind stress from an invisible mountain range, the researchers let the model run. And sure enough, a large atmospheric wave formed that looked a lot like the real one. It wasn’t just over Aphrodite Terra — smaller waves seen over other highlands were also reproduced.

Most importantly, the timing of these waves matched observations. The wave over equatorial Aphrodite Terra actually appears in the afternoon (relative to the very long Venusian day) and fades by dusk. The reason for this daily cycle appears to be the surface temperature. Although Venus ’milky atmosphere blocks much of the incoming sunlight, the surface layer of atmosphere warms a few degrees by afternoon. As warm fluid tends to rise, this makes it possible for the winds to pop up and over the highlands rather than be blocked by them. The fact that surface wind speeds pick up in the afternoon also helps.

With that established, you can work out how much of an influence this atmospheric torque should have on Venus ’rotation. In the model, observing Venus when it is afternoon at Aphrodite Terra would give you the impression that its day is two minutes longer than if you observed it at midnight — a significant portion of the seven-minute difference between our past measurements. Add in the effects of tidal interactions with the Sun and a larger portion is accounted for.

Unfortunately, the model isn’t suited to simulating what happens after years and years of this atmospheric cycle playing out. The researchers say we’ll need more measurements of Venus throughout its daily cycle and a different model to zero in on all the factors at play.

It would be a feat of its own to build a watch that doesn’t simply melt at Venus’ hellish surface temperature, but if you did, keeping time would apparently require accounting for the shoving match between solid planet and atmosphere . 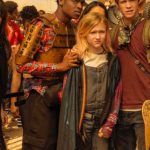 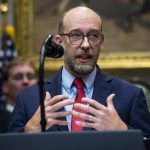