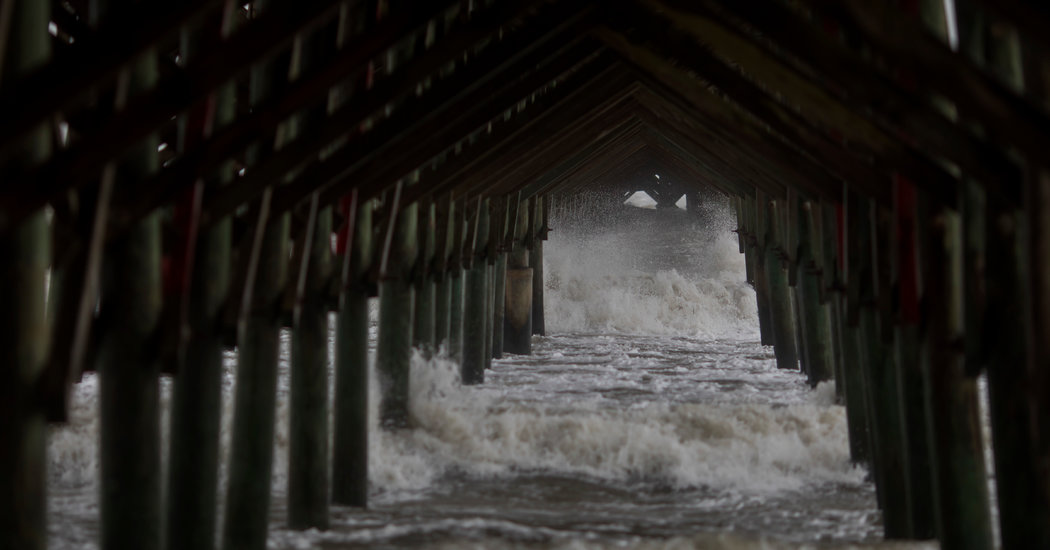 Flooding is a possibility in several coastal states.

Much of the Carolina coast was being buffeted by heavy rain and strong winds from the outer bands of Hurricane Dorian on Thursday morning, as the storm continued to creep on its parallel path north along the Eastern Seaboard of the United States, guaranteeing trouble for coastal residents even if its center stays offshore.

The storm had strengthened to Category 3 late Wednesday night, and by Thursday morning it was about 70 miles from Charleston, S.C., according to the National Hurricane Center. Its hurricane-force winds were extending as far as 60 miles from the center, with tropical-storm-force winds extending up to 195 miles. Forecasters said storm surge waterscould floodup to eight feet in some areas.

Though the storm’s eye has remained offshore on its move up the East Coast, the National Hurricane Center’s models now show it could possibly make landfall on the Outer Banks of North Carolina on Friday.

On Thursday morning, Dorian’s rain bands were whipping cities from Savannah, Ga.,to Wilmington, NC, and places along the coast could receive as much as 15 inches of rain before the storm departs. The storm has already knocked out power for about 183, 000 customers in South Carolina, as well as 12, 800 in Georgia.

With a hurricane warning in effect from the Savannah River north to the North Carolina-Virginia border – and thousands of residents cleared out of coastal areas after mandatory evacuations – there was little to do on Wednesday night but wait for those rescue personnel and stragglers who remained in the coastal communities in Georgia and North and South Carolina.

In Charleston, there was evidence that warnings were met with both seriousness and insouciance.

At about 7: 30 PM Wednesday, an emergency alert went out to area cellphones: “EVACUATE IMMEDIATELY. HURRICANE DORIAN BEGINNING TO AFFECT AREA. ”But many tourists and residents were already gone, and the streets of the historic downtown were mostly empty as the first heavy rain bands began soaking the city.

Still, on trendy King Street, sushi and gourmet burgers could be found in a handful of open restaurants. A Tex-Mex place called Juanita Greenberg’s Nacho Royale was completely boarded up. But next door, the bartenders at Proof were slinging cocktails for those seeking other means of escape.

A first-person account from Chris Dixon, an author and journalist.

I engaged in a grim ritual with my neighbors on Wednesday, sweating and cursing under a broiling Charleston sun while draping sheets of plywood across the windows on my house. For the fourth time since 2016, I was preparing for a hurricane: Matthew, Irma, Florence and now Dorian.

Depending on your point of view, I am lucky or unlucky enough to live on a tidal creek near Folly Beach, SC When hurricanes and tropical storms strafe our coast, their winds roar across the several miles of harbor and normally placid marsh that separate our neighborhood from the Sullivan’s Island Lighthouse. As the tides rise, these winds pile seawater into wave-driven surge and batter the homes in my neighborhood.

Yanking a splinter from my thumb, I asked myself, Why do I live here?

I should know better. When I was young, my great-aunt Ethel told frightful tales of Hurricane Hazel’s 1954 destruction of the Carolina coast. In 1989, Hurricane Hugo upended my life by destroying my home in Surfside Beach, north of Charleston. Two years ago, I gasped as the tides from Hurricane Irma casually carried a foot of marsh into my house while sweeping tons of my yard out to sea. And last year, while covering Hurricane Florence for The New York Times, I spent many tense hours among people who were in the process of losing everything.

So why do I choose to live in this slowly drowning port city? Why endure the annual stress of possibly losing everything? Why constantly check computer models before frantically hauling everything inside, boarding up, driving for safety and then waiting for interminable hours while glued to The Weather Channel?

Because the ocean is my family’s life and my livelihood. My wife grew up in Dana Point, Calif., With the Pacific in her backyard and saltwater in her veins. I grew up in Atlanta but had the great fortune of spending my summers along this Carolina coast – sailing, fishing and, eventually, having my life taken over by surfing.

It sounds cliché, but when your entire life comes to revolve around the ocean, it becomes almost impossible to imagine living any other way. You come to define life not by the hours on the clock, but by the ebb and flow of the tides and the rhythm of the winds and swells. You become deeply enmeshed in a culture of shrimpers, crabbers, divers and surfers. You watch your kids come to revere the ocean and respect its moods and its power. You manage to make a livingwriting about the ocean. You catch a perfect wave from a hurricane-spawned groundswell at your local break.

In the Bahamas, homes were turned to matchsticks.

The pilot was anxious to help: He had gathered generators, diapers , tuna fish and other supplies. The people living on the islands in the Bahamas devastated by Hurricane Dorian needed them, immediately.

But he wasn’t sure if there was anywhere to land.

Flying over the hardest-hit areas – the islands of Abaco and Grand Bahama – the pilot saw homes turned to matchsticks and boats piled in heaps.

Harbors, supermarkets, a public hospital, airport landing strips – all had been damaged or blown to smithereens, frustrating rescue efforts.

Hurricane Dorian, which made landfall on Sunday as a Category 5 storm and then lingered for days, not only left many residents in the most damaged islands without jobs or a place to live. It also stripped away the services required to meet their most immediate needs – like fresh water, food and medical care.

“It’s like a bomb went off, honestly,” said Julie Sands, who lives in Cherokee Sound, in the Abaco Islands.

In the Bahamas, with floodwaters receding, the trail of devastation was slowly becoming clear as residents began tallying their losses. As of Wednesday, according to Dr. Duane Sands, the minister of health, at least 20 people had been confirmed dead and the toll was expected to rise.

Florida escaped a direct hit from the storm.

Last week the storm was inviting comparisons to Hurricane Andrew, which ripped through the Miami area as a Category 5 monster in 1992, causing widespread damage.

Gov. Ron DeSantis of Floridadeclared a state of emergencylast Wednesday afternoon, and advised residents to have seven days ‘worth of supplies on hand. There was a run on gasoline and bottled water, and the attorney general’s office was investigating hundreds of complaints of price gouging.

[With an altered map, President Trump insisted he was right onDorian heading toward Alabama.]

By Friday, Hurricane Dorian had become a Category 4 storm over the Atlantic Ocean with winds of 130 mph, and Mr. Trump approved an emergency declaration for Florida.

In the end Florida was largely spared its wrath.

But one Florida resident had died while preparing for the storm, The Associated Press reported. A 56 – Year- old man who was knocked to the ground from a tree Monday evening as he trimmed limbs with a chain saw in an Orlando suburb.

Bahamians in Miami are lending a hand.

The ties could not be stronger between Miami and the Bahamas, an archipelago less than 200 miles east. Bahamians settled in South Florida decades before Miami was born, building bridges and railroads and raising children who would become some of the region’s most prominent leaders. This week, their descendants, many veterans of devastating hurricanes, gathered across South Florida to lend a hand.

“When we were desperate, people came to our rescue, ”said Charles Bethel, 68, a retired state juvenile justice administrator who lost his home in south Miami-Dade County to Hurricane Andrew, another Category 5 storm, in 1992. “The community pulled together. There was no sense of division. Now, we are doing the same. ”

Miami owes its very beginnings to residents from there. Bahamian laborers worked in construction and agriculture, creating the city’s infrastructure and teaching white settlers unfamiliar with the tropics how to build with coral rock, till the soil and plant tropical fruit, said Marvin Dunn, a retired college professor who chronicled local history in his book “Black Miami in the Twentieth Century.”

Bahamians started to arrive in the 1880 s, following an economic downturn on the islands, Dr. Dunn said. Many went to work in pineapple fields in Key West and then migrated north to Coconut Grove, which they called Kebo. Bahamians also settled in the Miami neighborhood of Overtown and in Carver Ranches, which is now part of the city of West Park, Fla., Near Fort Lauderdale.

On Wednesday in Miami, volunteers gathered in houses of worship, dripping with sweat as they sorted through heavy boxes and bags. Stacks of water bottles. Heaps of diapers. Baby formula. A chain saw. So many donations came in that Christ Episcopal ran out of pallets.

Richard Fausset is a co rrespondent based in Atlanta. He mainly writes about the American South, focusing on politics, culture, race, poverty and criminal justice. He previously worked at the Los Angeles Times, including as a foreign correspondent in Mexico City.@RichardFausset 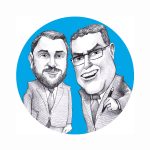 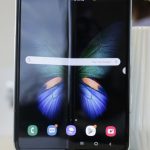