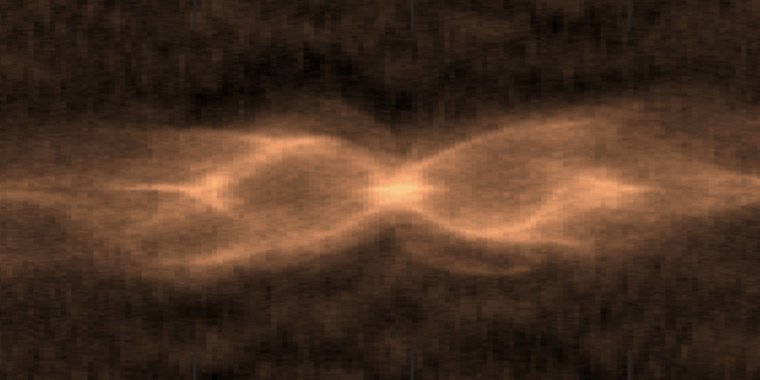 After an expanding red giant engulfed its neighbor, chaos.

/ Some of the structures present in the area around the recently described star system.

We know two facts about our galaxy that are, in isolation, mundane. One is that many stars are part of a two-star system and may orbit each other at distances similar to those of the planets in our own Solar System. The second is that stars that are similar in mass to the Sun will end their fusion-driven existences by expanding into bloated red giants. Put those two facts together and you have an inescapable and intriguing consequence: a lot of stars are going to end up expanding enough to swallow their neighbor.

What happens then can be hard to understand, in part because there are so many potential options. If the companion star is massive enough, the transfer of mass could trigger its explosion. It’s also possible that friction could bleed energy from the orbit of the companion star, reducing its orbit until it is merged. Or, because the outer layers of the red giant are so diffuse, it’s possible that the cores of the two stars could end up sharing a single envelope, continuing to orbit each other.

While it’s easy to know when we’ve observed an explosion, it’s much harder to figure out when we’re looking at either of the latter two options. Normally, we’d rely on physical models to tell us what would happen in these cases, but generating a model of these conditions has turned out to be pretty complex. Now, however, some researchers are suggesting that a common-envelope binary star is the best way of explaining an object they’ve imaged.

The object that the international team imaged is called HD 101584, and it had been previously imaged. The earlier data indicated that it was a binary star system, with a low-mass star and an older, luminous companion. These images had indicated that the older star had entered either the red giant phase of its existence or an even later era called an asymptotic giant. To get a better handle on what they were looking at, the researchers obtained observing time on the Atacama Large Millimeter Array, or ALMA.

ALMA is a collection of telescopes that operates at wavelengths that are longer than visible. This makes ALMA sensitive to the emissions made by warm dust and allows it to pick out a number of elements in gasses, including things like oxygen, nitrogen, and silicon. It’s sensitive enough that it can identify when specific isotopes of some elements are present. In addition, a number of simple chemical compounds were also detected. That ability is important for these observations, because older stars have often produced lots of heavier elements, and their relative density can allow gravity to separate out some elements at different depths of the star.

The other thing that ALMA’s imaging allows is the determination of red- and blue-shifts in the material it’s imaging. If a cloud of material is in motion relative to the Earth, that motion will impart a Doppler shift in any light it emits. Thus, by picking up these shifts, we can measure when specific chemical elements are moving within a structure.

/ Red- and blue-shifted material in the vicinity of the star system, with green indicating material that’s not moving relative to Earth. (All of these abilities turned out to be needed, as HD) has a complicated structure, with multiple pieces in motion. As expected, the distribution of elements in the area was also uneven, as some elements weren’t present in some of the structures identified by the presence of other elements.

To figure this out, the authors combined all the velocity and chemical element data to produce a three-dimensional model of the structure of HD This included information on which structures were moving and where they are going.

Lots of stuff going on

One of the challenges of the model was figuring out just how big all the structures were. The authors considered both the red giant and asymptotic giant branches but found that their data on oxygen isotope ratios were inconsistent with the latter option. This results in estimates where the system is closer to Earth and all of its structures a bit smaller.

In any case, the model indicates that there are at least four different things going on in HD . For one, some of the material from the giant star has been captured in a disk that slowly orbits both of the stars at a distance of around times that of the typical Earth-Sun distance . Even further out, there’s a torus of material that’s still expanding away from the stars, possibly first ejected when the envelope of the giant star first engulfed its companion.

The evidence for that engulfment comes from the second two structures detected in the ALMA data. One of these is a hourglass-shaped structure of two bubbles extending out from the stars. Embedded in that are jets of rapidly moving material. That material is moving to quickly to have been propelled out by a normal stellar process, or even the gravitational forces generated by two stars in such close proximity.

Instead, the authors argue it must have been ejected as one of the smaller companion star moved through the envelope of the giant star: ” It is difficult to reconcile such high kinetic energies with anything but a common-envelope evolution scenario where gravitational binding energy is released when the companion is captured by, and falls towards, the primary. “

Based on the apparent length of the structures and their present velocity, the authors could estimate how long ago they were formed. While these estimates varied based on which structure they were looking at, all of them were less than 2, 0 years and some closer to 200. Thus, it seems that the merger of the two stars has happened extremely recently, at least in cosmological terms.

Scanning a number of additional systems with properties similar to those of HD , suggesting there might be a population of objects at various ages and points in their evolution. Again, that shouldn’t be surprising, given the statistics of how high the frequency of close-in binary star systems are. But, if these observations can be confirmed and extended, then it raises the prospect that we could get data from enough systems to build a comprehensive model of the complicated physics behind the evolution of these systems. 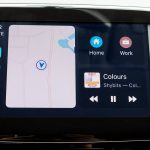 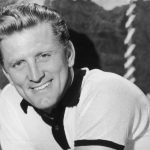