In Defiance Of Ban, Hong Kong Protesters Return To Streets And Clash With Police 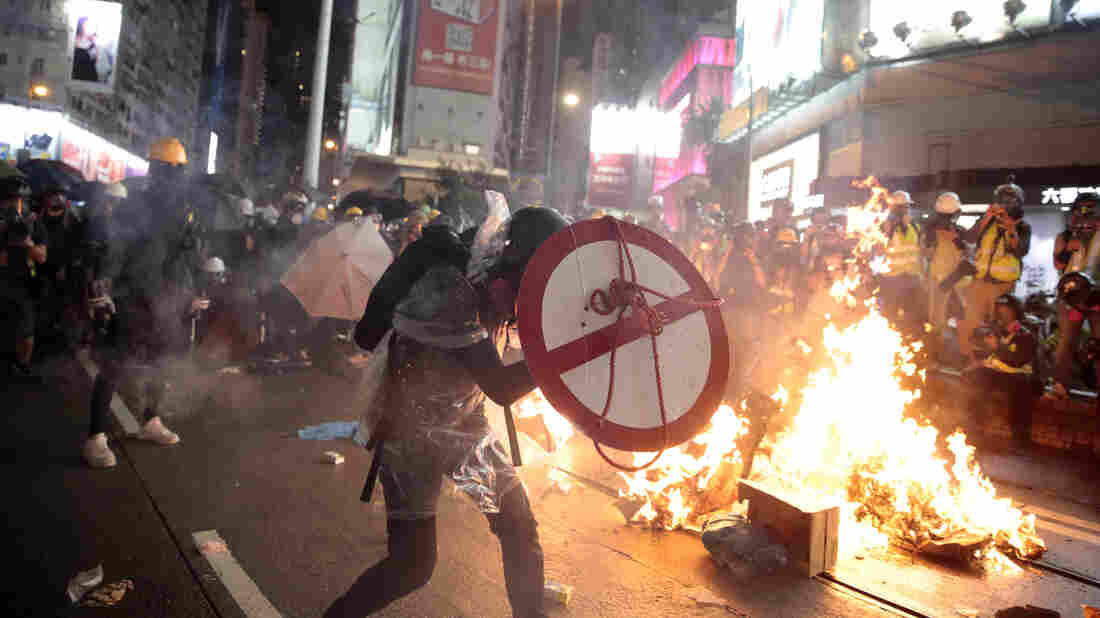 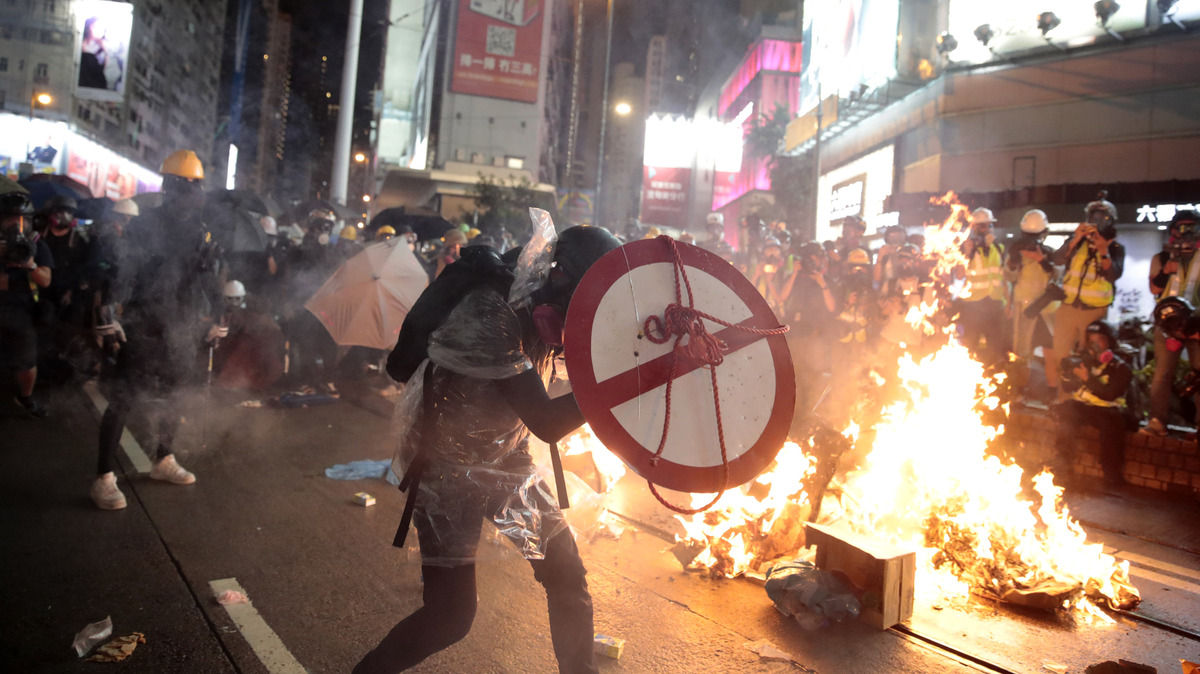 A protester uses a shield to cover himself as he faces police in Hong Kong on Saturday.

Defying a government ban, thousands of pro-democracy demonstrators returned to the streets of Hong Kong on Saturday and clashed with police in one of the most dramatic and violent days since June when protests

Perhaps the most striking image from Saturday’s protests has been that of a large fire blazing across a street in a major shopping district. . Protesters created a wall of barricades and set it ablaze.

Some of the protesters called their demonstration early on Saturday a “religious rally” – what NPR correspondent Emily Feng described as an attempt to evade police restrictions around protests (Police still considered the event illegal gathering.).

“Throughout the afternoon, protesters alternated between chanting for democratic elections and also singing religious songs,” Feng told NPR’s Weekend Edition. They said they were praying for peace – and also for “sinners.”

Saturday’s demonstrations came on the fifth anniversary of Beijing’s decision to continue vetting all candidates for Hong Kong’s chief executive position. That decision sparked the 2014 “Umbrella Revolution,” which consisted of months of mass pro-democracy protests but ultimately failed to secure direct elections for Hong Kong.

The last three months of protests in Hong Kong were triggered by legislation that would have allowed Hong Kong’s government to extradite people to China for certain crimes – a proposal that feared critics could use to target China’s outspoken critics.

Although Hong Kong’s chief executive, Carrie Lam, responded To protests by suspending the bill in mid-June, protesters continued to demonstrate because the bill has yet to be formally withdrawn. Activists have since expanded their list of demands to include calls for Lam’s resignation, direct elections, an inquiry into police tactics and the unconditional release of all arrested protesters.

Lam has refused or ignored the demands. On Tuesday, Lam said the government was looking into “legal means to stop violence and chaos” in Hong Kong. This week, China sent additional troops to Hong Kong.

Demonstrators showed out despite that warning – because, as NPR’s Feng reported, “they are furious at what they see as police brutality, and they are further galvanized by a wave of arrests of prominent activists and politicians. “

Police in Hong Kong have made over 900 arrests associated with this summer’s protests, but some see these targeted detentions as a shift in strategy. Man-kei Tam, director of Amnesty International Hong Kong, called the latest arrests and ban on Saturday’s rally “scare tactics straight out of Beijing’s playbook.”

Although police have targeted high-profile activists and pro-democracy thinkers, the protest movement in Hong Kong remains a leaderless movement.

On Sunday, protesters plan to shut down Hong Kong International Airport for the third time in three months. On Monday, a general strike is set to begin across universities and many other sectors.