NEW DELHI: Enacting a Bollywood courtroom scene in theSupreme Court, Muslim party counselRajeev Dhavanon Wednesday dramatically tore into pieces a map which Hindu Mahasabha had cited as depicting the “exact location of Lord Ram’s birthplace” at thedisputed site in Ayodhya.
Appearing for Hindu Mahasabha, senior advocate Vikas Singh was showing a map claiming to locate where Lord Ram is believed to have been born at the disputed site inAyodhya. But, he ran into stiff resistance from Dhavan who doubted its veracity and the five-judge bench headed by CJIRanjan Gogoiappeared to sustain his objection.
Singh clarified he is not relying on the map as evidence, but Dhavan continued to raise his voice. The CJI told Dhavan: “Since the Hindu party is not relying on the map, and if you (Dhavan) find it irrelevant, then you can tear it off.” As if acting on the cue, the 73 – year-old senior advocate dramatically tore the map to pieces to the surprise of advocates who were present in good number in the CJI’s courtroom.
Theatrics and brow-beating of the opponent’s counsel, and even judges, is not new to Dhavan. If in Sahara case judgment of May 6, 2014, the SC adversely commented on his boisterous arguments intended to discomfit judges, the fivejudge bench of CJI Gogoi and Justices SA Bobde, DY Chandrachud, Ashok Bhushan and S Abdul Nazeer had a first hand experience during the 40 – day arguments in the case.
On the very first day of commencement of arguments on August 6, the CJI promised that each party will get adequate time to make their submissions. Dhavan replied, “I hope so.” An irked CJI asked, “Do you doubt?” Dhavan said, “Yes, some.” CJI had asked him not to forget that he was an officer of the court who should keep the dignity of court in mind.
Few days into the hearing, Justice Bhushan asked certain questions when Dhavan was arguing. Disliking the questioning, Dhavan stumped the judges by asking, “Do I feel aggression in the tone?” The judges and counsel for Hindu parties made known their displeasure with Dhavan for accusing the judge of being aggressive when he had put a question to him.

At another time, Dhavan disliked the questions being put to him on the claim of Muslim parties for ownership over the disputed site. The bench had actually been putting questions to the Hindu parties right through the hearing. It did so the very next day; ie on Tuesday when, after directing a number of posers at K Parasaran, the CJI turned to Dhavan and asked, “Are we putting enough questions to them?”
But Dhavan had clearly reserved his best theatrics for the final day when he tore up the map in the morning session. In the afternoon session, he told the court that he spoke to a reporter who disputed his claim that the CJI had given him the go-ahead to tear the map. “The CJI said ‘you find it irrelevant, then you can tear it off’ and that is precisely what I said. I tore it with permission from CJI,” he said. 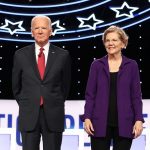