NEW DELHI: On Sunday afternoon, when Prime MinisterNarendra Modimet his Thai counterpart Prayut Chan-ocha at the convention center in Bangkok, Regional Comprehensive Economic Partnership (RCEP) negotiators had expected that New Delhi would drop its resistance and agree to join the agreement in a few months.
They could not have anticipated the dogged determination with which Modi would refuse to ink the deal. Modi, sources said, made his reservations plain, saying that the draft failed to address India’s concerns and would not budge despite his Thai counterpart repeatedly telling him that the negotiators had crafted the best possible offer for India. At one point of time, the PM is even learnt to have signalled his intent to leave the discussions, which prompted his host to relent and come down to suggest that India should, at least, be part of the statement.
Once again, Modi said India would join the statement only if it fully reflected its concerns. This turned out to be a sticky point as well. The discomfort of RCEP negotiators with Modi’s insistence on India’s stand being part of the joint statement. India was, however, not giving up yet and when commerce and industry ministerPiyush Goyalmet Thai deputy PM Jurin Laksanawisit, who holds the commerce portfolio, he reiterated what Modi had said earlier on Sunday and mentioned that a letter had been sent on the issue.
Sources said the Thai leader was so annoyed that he shouted at his officials, while suggesting he hadn’t received the letter. By late afternoon, it was almost clear that India was not coming on board, prompting negotiators from the 16 countries to huddle in a room.
With a solution to address India’s concerns not in sight until around midnight, the negotiators finally gave up on the talks that had gone on for seven years. Ever since India joined the talks in 2013, the other members had assumed that it would join the trading bloc. The hope endured despite the regime change in New Delhi in 2014 before being jolted by the toughness that India displayed after the Modi government was sworn in for a second straight term.
With the terms of trade heavily tilted in favor of China and Asean members, the commerce department under Goyal began looking at several issues afresh – from 2014 as the base year to the rules of origin (meant to check re-routing of goods via a third country) and the investment and intellectual property rights regime , which had appeared to be more or less finalized.
Top ministers in the government concluded that the deal was not in the best interests of the country. Negotiators from the other 15 countries, however, failed to read the signals coming from Delhi, hoping that the disagreement over specific issues could be sorted out. What they did not realize was that India’s reservations stretched beyond differences over tariff over one item or another.
“It was not about milk or some goods here and there, our concerns were about the overall architecture. They were going ahead with the assumption that India will join and were unwilling to address the concerns, ”said an officer who saw the shift in negotiating stance.
For India, opting out of the deal was not easy. After all, it has pursued a ‘Look East’ policy with a strong focus on the Indo-Pacific. Besides, with a stalemate at the World Trade Organization, India had decided as far back as 2003 to pursue bilateral and plurilateral agreements. Several options remain on the table – from trade pacts with Australia and New Zealand to pushing an agreement with the European Union and expanding the scope of the Mercosur treaty, comprising Argentina, Brazil, Paraguay and Uruguay.
The philosophy seems to be to pursue agreements with countries or trading blocs with which the trade deficit isn’t high unlike RCEP, where China was the big fear. There is a realization that the fear of India being swamped by imports has only partly to do with the “unfair” trade practices.
“The bigger issue is the inability of the local industry to be competitive even in a genuine competition,” said a source who did not wish to be named. 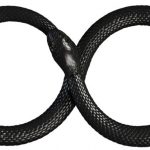 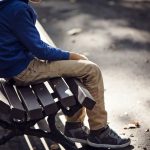