1 overs: OUT! Yuzvendra Chahal now has his first wicket of the match. Slog sweep from Mushfiqur Rahim and he hits the ball straight into the hands of Krunal Pandya in the deep. Rahim fails to impress this time as he walks back after scoring just four runs.BAN 97 / 3

Finally, Chahal picks up his 1st wicket of the game. Mushfiqur goes for the sweep shot, but doesn’t get enough air… https://t.co/8ZP3TwPaCr

11 .2 overs: SIX!In the arc for Soumya Sarkar and he goes after it without any hesitation. Launches Krunal Pandya’s delivery straight down the ground to collect six runs.BAN 93 / 2

10 .3 overs: OUT!India bounce back with two quick wickets. This time Washington Sundar gets rid of well set Mohammad Naim. Naim goes aerial but finds Shreyas Iyer in the deep. Naim walks back after scoring 36 runs. Both Bangladeshi openers are now back in the hut.BAN 83 / 2

We are at half-way mark!
And Bangladesh have 78 runs on the board for the loss of one wicket. Mohammad Naim 36 is batting beautifully at the moment and inching closer to his maiden T 20 I fifty. Soumya Sarkar (8 is also looking in good touch.

End of 8th over: An eventful over from Yuzvendra Chahal comes to an end. Five runs and a wicket from it.BAN 64 / 1

7.2 overs: OUT!India finally have a breakthrough.Rishabh Pantmakes up for his mistake. Runs out Liton Das at the striker’s end. What has Liton doing there? Had no idea where the ball was. Pant was quick to react, collects the ball and hits the stumps. Liton departs for 29.BAN 60 / 1

6.3 overs: Dropped!This time skipperRohit Sharmais the culprit, who drops an easy chance. Liton Das goes for the slog sweep but fails to time. The ball goes high up and three fielders converge. Eventually, Rohit goes for the catch but fails to hold on to the ball. What an evening Liton Das is having.BAN 57 / 0

5.4 overs:FOUR! FOUR!Liton Das is making the most of this chance now. Back to back boundaries for him off Yuzvendra Chahal. Bangladesh cross 50 – run mark!

5.3 overs:And Yuzvendra Chahal strikes yet again in his first over. Beats Liton Das in flight and Rishabh Pant does the rest behind the stumps. But, theout decision has been overturnedafter a school-boy error from Pant. He collects the ball in front of the stumps before removing the bails. The rule does not allow the keeper to collect the ball in front of the stumps. Decision has been overturned. Lucky Liton Das survives! And it’s a no ball as well.Free hit for Das and Bangladesh.

Another bowling change for India as experiencedYuzvendra Chahal comes into the attack.

4.1 overs: Change of end fails to work for Khaleel Ahmed as Mohammad Naim slaps him for a boundary first -ball of the over. Hits it powerfully through mid-wicket region to collect his fourth four.BAN 35 / 0

End of 4th over: A seven-run over from Washington Sundar including a boundary comes to an end. Both Liton Das and Mohammad Naim looking solid at the crease at the moment.BAN 31 / 0

Bowling change for India after 4-run over from Deepak Chahar. Off-spinner Washington Sundar comes into the attack.BAN 25 / 0 after 3 overs .

1.3 overs: FOUR! FOUR! FOUR!Hat-trick of boundaries for Mohammad Naim off the first three balls. Poor start from Khaleel Ahmed. He has been all over the place so far. Naim slaps the first ball straight down the ground and then hits the next two balls through square leg and mid on region to collect two more boundaries. Bangladesh have raced to 18 off just 9 balls .

FOUR!Boundary to end the first over. On the pads fromDeepak Chahar and Liton Das times the ball to perfection. Hits it through square leg region and the ball races to the fence. Khaleel Ahmed to share the new ball Chahar from the other end.BAN 6/0

0.2 overs: First runs on the board for Liton Das and Bangladesh. Out-swinger from Deepak Chahar and Das guides the ball to third man to collect an easy single.BAN 1/0

Liton Das and Mohammad Naim are out in the middle to start Bangladesh innings. Deepak Chahar has the new ball in hand for India. One slip in place for him.Here we go!

Captains at the toss

Rohit Sharma: “We’re gonna field first. Looks a good pitch. Rajkot has always been a good pitch. I see some tracks there but this has always been a good surface. I also hear that there might be some dew later on, and that should help chasing. I’m aware of the stats but like I said, it gives us to do unusual things (regarding defending scores). But having said that, once you know what to chase, it’s easier for batsmen. They know what tempo to go at. We’re unchanged. I think didn’t perform that badly in the last game. “

Mahmudullah: “I don’t think so (about toss being a factor). Pitch looks really hard, nice to bat on. I would have loved to bowl first too but now will want to put some runs on the board. It’s a good oppportunity for all of us (to win the series). Need put all these thoughts aside and do the basics well. Important for the senior players to do well. Even the youngsters have done well. We’re unchanged too. “

Take a look at the playing XI for the 2nd @Paytm #INDvBAN T 20 I. Both teams are unchanged. https://t.co/UBSrsnOAJt

Playing XI for both teams

India and Bangladesh do battle again! India have won the toss and elected to field first. #INDvBAN ➡️… https://t.co/ZzidnWwwyH

Toss news: India skipper Rohit Sharma wins the toss and elects to field first against Bangladesh in the second T 20 I.

Pitch report– “When the batsmen see this pitch they’ll be in a good mood. This has always been a good pitch to bat on. The cracks will only come into play for a day four or a day five game.There is a bit of grass as well which would help as well. You can’t say much about the outfield because of the rains, so maybe hitting boundaries might not be all that easy.A rock-hard surface with a covering of grass.It probably a 170 – 180 pitch, but you have to bat well. The team winning the toss will want to bowl first, “said Sunil Gavaskar.

The average first innings total at the Saurashtra Cricket Association Stadium in Rajkot is 199. And once again, run fest can be expected today.

Players from both the teams are out in the middle, warming up ahead of the game. In roughly 15 minutes from now, will have toss.

It was speculated that rain might play a spoilsport in Rajkot today but the skies are clear and we can expect a full 20 – over-a-side game.

Hello and welcome to TimesofIndia.com’s live coverage of the 2nd T 20 I of the three-match series between India and Bangladesh in Rajkot. 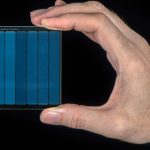 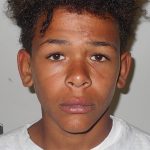