OVERS 1: FOUR! Rohit sends Ngidi towards deep id wicket for a boundary. What a flick from the right-hander.India 47 / 3

Ajinkya Rahane comes to the crease

OVERS 2:WICKET! A loud LBW appeal from Nortje against Kohli. Umpire raises his finger. Kohli discusses with Rohit and asks for a review. It’s OUT. Nortze exults in celebration. Big wicket for South Africa.India 39 / 3

WICKET | Straight ☑️ Fast ☑️ Out👆 Nortje strikes and sends Kohli back to the pavilion. What a wicket to get as yo… https://t.co/zmakoe0eoO

OVERS 14 .3: FOUR!Brilliant shot from Rohit. The right-hander stays back and pulls Rabada towards deep mid wicket for a boundary.India 37 / 2

OVERS 12 .3: FOUR!Short from Rabada. Rohit stays back and plays a pull shot towards fine leg.India 29 / 2

OVERS 11 .5: FOUR!Kohli uses the pace and flicks the ball once again towards fine leg . Second boundary of the over.India 25 / 2

OVERS 11. 2: FOUR!Kohli flicks this beautifully towards fine leg for a boundary. Nortje isn’t happy with this.India (/ 2)

OVERS 11:Brilliant bowling from Rabada. Another maiden from him.India

OVERS 10 .2:A loud LBW appeal from Rabada against Rohit . Umpire raises his finger. Rohit is surprised and immediately asks for a review. The replay shows there is an inside edge. Umpire has to overturn his decision. It’s NOT OUT.

And, Rabada welcomes the Indian skipper with a breezy bouncer.

Did you hear the noise? Captain Virat Kohli comes to the crease.

OVERS 8.3: WICKET! A loud LBW appeal from Rabada against Pujara. Umpire says NO. Faf immediately asks for a review. It looks pretty close. It’s OUT. Pujara departs for a duck. Second wicket for Rabada. What a morning for South Africa.India 16 / 2

WICKET | CA Pujara lbw b Rabada 0 (9b 0x4 0x6) Rabada strikes again! This one was sent upstairs and the umpires d… https://t.co/m5DpHAaoji

OVERS 7.6: FOUR!Rohit opens the face of the bat, uses the pace and cuts the ball towards third man for a boundary off Ngidi.India 16 / 1

OVERS 6.1:A loud LBW appeal from Rabada against Pujara. Umpire says NO. The ball hits Pujara’s thigh pad. It seems so close. Height is the issue. Rabada is having a conversation with Du Plessis. They decides not to take a review. Hawkeye shows the ball is going over the stumps. Brilliant bowling from Rabada.

Cheteshwar Pujara comes to the crease.

OVERS 4.4: FOUR!Another boundary for Mayank Agarwal. Mayank gets an outside edge off Rabada and the ball races past gully.India 12 / 0

End of OVER 2:Brilliant start from Ngidi. Just 1 run off his over.India 7/0

Lungi Ngidi starts from the other end.

Lungi Ngidi will partner Rabada with the new ball. So good to see the big man raring to go for the Proteas.… Https://t.co/xY7fYdHVJE

OVER 0.4: FOUR!First boundary of the Indian innings. Mayank Agarwal gets an outside edge off Rabada and the ball races towards boundary.India 6/0

Kagiso Rabada will start the proceedings for South Africa.

Indian openers Rohit Sharma and Mayank Agarwal are making their way to the middle.

We are minutes away from LIVE action – Time for the final Test in Ranchi #TeamIndia #INDvSA @Paytm https: // t.co/KVC1bSP0at

Congratulations Nadeem so much happy for u bro u deserve this chance 🇮🇳👏👏👏😊👍 best wishes for ur test match debut https://t.co/YyWWrke5fg

Five changes for South Africa:Hamza, Klaasen, Linde, Ngidi and Piedt are IN. Apart from the injured Markram, South Africa have left out Philander, de Bruyn, Muthusamy and Maharaj.

One change for India:Ishant Sharma out, Shahbaz Nadeem makes debut.

It’s a no-brainer to bat first on this one. I don’t think it’s gonna be slow but it will keep low. Should spin at a decent pace. As long as it turns with pace on the ball, we don’t mind the bounce. Just one change –Ishant has been given a break. Shahbaz Nadeem makes his debut.Unfortunately, Kuldeep couldn’t pull up. We checked on him yesterday but he didn’t respond well enough from his shoulder niggle. Nadeem is the local boy and it’s a dream debut. We’ll have to continue to work hard and look to win sessions of cricket. That’s the only message I look to pass on.

It shows that it isn’t meant to be. Important toss as this looks the next surface of the series. It’s about the first innings really and we need to put runs on the board when we bat.One forced change with Aiden (Markram). Few other changes as well. Quinton will open the batting.Hopefully he can put pressure on the Indian bowlers, like what Rohit has done for India. Heinrich Klaasen comes in as the wicket-keeper. We’ve gone in with five bowlers to take the 20 wickets and hopefully we can. Starting in India is a tough challenge and all teams that have played here will vouch for it. We did compete well in the first game but it didn’t go our way last game. We’re ready for the fight.

BREAKING: Shahbaz Nadeem is all set to make his Test debut today. He was given the Test cap by captain Virat Kohli.

Big day for Shahbaz Nadeem as he is all set to make his Test debut 🇮🇳🇮🇳 #TeamIndia #INDvSA @Paytm https://t.co/3hfYTaVyDL

UPDATE: Scattered showers are predicted over the course of the Day 1 play.

Hello and welcome to the Live coverage of Day 1 of the third Test between India and South Africa.

It would have been a dead rubber but with valuable World Test Championship points on offer, India would be eyeing victory while South Africa would be desperate for some consolation in a wretched tour when the third and final Test starts in Ranchi.

There are 40 points on offer and a 3-0 series whitewash, both of which India would be targetting against the hapless visitors.

Dominating the Proteas in all the departments, India won the first Test in Visakhapatnam by 203 runs before inflicting an innings and 137 – run defeat on the hapless visitors in Pune to regain the Freedom Trophy.

India, who have 200 points from four games, have a massive 140 – point lead over nearest rivals New Zealand and Sri Lanka in the WTC standings. Skipper Virat Kohli has also made it clear that there is plenty to play for in the final Test and the team cannot afford a drop in intensity.

Going into the game, India have very few holes to plug, be it their batting or bowling.

The home team could not have asked for more from their top-order with Rohit Sharma showing why he is such an impact player as he feasted on the South African bowlers with twin hundreds in the first Test while opening for the first time . The Mumbaikar’s opening partner Mayank Agarwal on the other hand went on to convert his maiden hundred into a double in Visakhapatnam and followed it up with another century in Pune.

Then it was the turn of ‘King Kohli’ who came to the party in the Pune with a career-best double hundred – a majestic 254 not out – and made it look like a routine job.

Rohit will be eyeing a big score after not firing in the first innings of the Pune Test while Cheteshwar Pujara, who has scored two fifties in the series, would be looking to cross the three-figure mark.

That India have lost only 16 wickets while routing South Africa in both the Tests sums up their dominance.

# TeamIndia trained at the nets at the JSCA Stadium in Ranchi ahead of the 3rd and final Test against South Africa.… https://t.co/30 h1MAbiTw

Toss has also been kind to India so far and things are likely to get more exciting if the stroke of luck favorsFaf du Plessisin the final Test.

The last time South Africa toured the India, rank-turners had welcomed the side but this time both the pacers and spinners have been able to extract something out of the pitch. 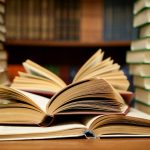 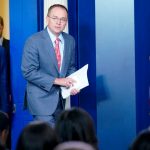