Indian citizenship to those facing persecution at home will assure them of better lives: PM – Hindustan Times, Hindustantimes.com 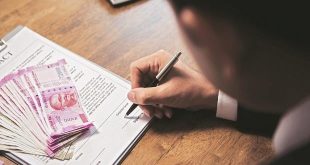 
Indian citizenship to those facing persecution in their home countries will ensure that they get a better tomorrow, Prime Minister Narendra Modi said on Friday, in his first remarks on the issue after the Citizenship (Amendment) Bill was cleared by the Union cabinet recently.

Speaking at the Hindustan Times Leadership Summit, Modi also said although a lot of apprehensions were expressed ahead of the Supreme Court’s Ayodhya verdict, after it was pronounced, the people of the country proved all such apprehensions wrong.

“The Ram Janmabhoomi verdict proved that we can have a better tomorrow. We cannot be chained by the past. People were casting aspersions that the verdict will cause unrest in the country, but the people of the country proved them wrong, ”he said.

The Citizenship (Amendment) Bill, which seeks to grant citizenship to non-Muslims facing religious persecution in Pakistan, Bangladesh and Afghanistan, was cleared by the Union cabinet on Wednesday and is likely to be introduced in Parliament next week.

“Hundreds of people from the neighbor countries, who are facing persecution in these countries, those who have faith in Mother India, with the road open for Indian citizenship, their better future will be ensured, ”Modi said, without naming the proposed law.

Referring to the abrogation of Article 370 of the Constitution, the prime minister said the decision might seem a politically difficult one, but it had raised a new hope of development for the people of Jammu and Kashmir and Ladakh.

He also said he was against government interference in people’s lives and advocated for minimum government and maximum governance.

“The government must exit people’s lives as soon as possible. For a better tomorrow, the government needs to work in the core areas. Good governance will provide a better future to the people of the country, ”the prime minister said.

He said his government was working towards connecting 15 crore houses to clean water.

“Today, India, with full confidence, is working towards turning itself into a USD 5 trillion economy. It is directly linked with the income of the middle class and a better tomorrow, ”Modi said.

Assuring bankers that they would be allowed to work without any fear, he said their“ genuine ”business decisions will not be questioned.

“Earlier, when banks were nationalized, it was celebrated with fanfare, newspapers wrote articles about it. Our government showed the courage to merge banks and helped in recapitalisation. Before any action is taken, a scrutiny by a serving finance or banking expert will be conducted. A guideline in this regard will be issued shortly. There is pressure on the banking sector and we will work to improve it, ”Modi said.

Criticizing the previous governments for making promises without any actual work on paper, the prime minister said his government was focussed on performance.

PUNE: There can never be a perfect formula to pick a winning team. It gets even tougher for the Olympics. The National Rifle Association of India (NRAI), however, got close to finalizing the best possible squad for the Tokyo Games two weeks back. But before the selected names could be rubber-stamped, the Tokyo Games were…