The IT major raised revenue growth forecast in constant currency terms to 10 – 21 .5 per cent for FY 23 from 9 – per cent earlier.

“Q3 results further underscore that we remain steadfast in our journey of sustained client relevance and deepening engagement with them, as they partner with us in navigating their next leg in the digital transformation era,” said Salil Parekh, CEO and MD. “For us, this has translated into double-digit growth year-to-date, leading to an increase in revenue guidance, accompanied by expanding operating margins.”

The company bagged $ 1.8 billion in large orders, the IT firm said in a regulatory filing.

“Overall performance during the quarter was satisfactory on multiple counts –- broad-based growth, steady increase in client metrics and healthy large deal wins,” said Pravin Rao, COO. “Large deal wins continue to be robust with growth of 56 per cent so far this year. We had a further reduction in attrition, demonstrating the results of our continued efforts towards strengthening employee engagement and value proposition. ” 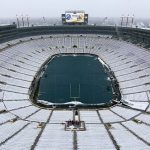