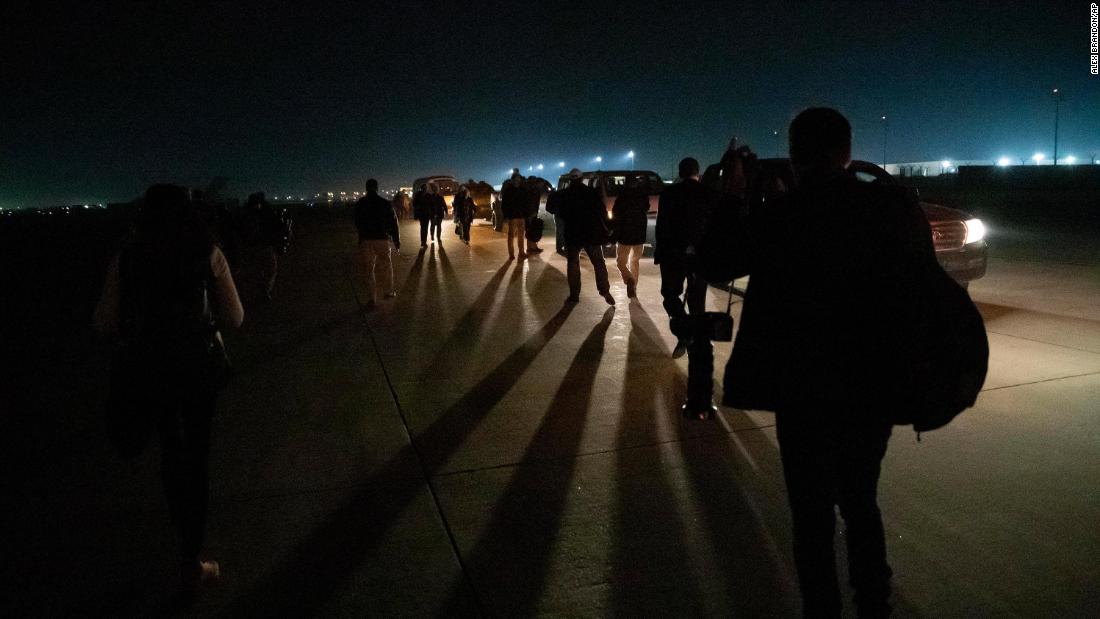 (CNN)On Thanksgiving eve,President Donald Trumpslipped unnoticed out of his Mar-a-Lago estate in Florida on his way to a bare-bones military plane with just a handful of top aides.

Sixteen hours later, he touched down for thefirst time in Afghanistan, on just his second visit to a war zone as President after a similarChristmas Eve trip last year to Iraq.

The 16 – hour trip – plus the three more Trump spent on the ground at Bagram Air Field north of Kabul – were shrouded in secrecy under the protocol that a war zone visit by the US commander in chief demands. At 2 p.m. on Thursday, reporters traveling with the President were authorized to report on his visit, minutes before Air Force One took off to return Trump to Florida.

Trump’s trip began late Wednesday evening . After quietly leaving Mar-a-Lago, the President boarded a military plane at an undisclosed airport and took off at 7: 20 PM en route to Joint Base Andrews, the military base just outside of Washington. The 747 Trump used to travel to Florida earlier in the week remained guarded on the tarmac of Palm Beach International airport throughout the overseas outing.

The military plane had just four blue leather chairs and a portable toilet on board. Only a handful of aides and one member of the traveling press pool joined Trump for that flight. After landing at Joint Base Andrews at about 9: 30 pm, Trump boarded the second Air Force One 747 – which was stowed away inside a hangar, out of sight – where the remainder of the traveling press pool was already on board.

White House officials and reporters alike were stripped of their cell phones and other electronic devices before takeoff. With windows drawn and the plane’s interior lights shut off, Air Force One left at 10: 08 pm Reporters on board did not find out where they were heading until about two hours before touching down in Afghanistan.

“It’s a dangerous area and he wants to support the troops,” White House press secretary Stephanie Grisham explained aboard Air Force One as she briefed reporters on the President’s destination. “He and Mrs. Trump recognize that there’s a lot of people far away from their families during the holidays and we thought it’d be a nice surprise.”

Trump’s plane landed at Bagram Air Base at 8: 33 PM local time in pitch darkness. Window curtains were drawn once again and the plane’s lights were shut off to conceal Trump’s arrival.

Reporters were not allowed to report on Trump’s visit until minutes before boarding Air Force One again to return to the US.

Planning for the trip began weeks ahead of time, but only a very tight circle of White House officials were aware. And the White House went to new lengths to avoid arousing suspicion.

On Thursday morning, the @realDonaldTrump account posted an unremarkable tweet wishing Americans a happy Thanksgiving. That tweet and several other Tweet late Wednesday and early Thursday had in fact been scheduled ahead of time to avoid arousing suspicions around a President who rarely goes a dozen hours without taking to social media.

The trip was Trump’s first to Afghanistan and only his second to a war zone, following the similarly secretive trip to Iraq for Christmas last year. That time, Trump’s cover was essentially blown before Trump landed in Iraq, withplane spotters in the United Kingdom posted picturesof the easily-recognizable blue and white Air Force One jet traveling across clear skies.

As Trump stepped off the plane at the US’s biggest air base in Afghanistan, he was greeted by the Chairman of the Joint Chiefs of Staff, Gen. Mark Milley. Two surveillance blimps could be seen in the night sky overhead.

Trump arrived in time to serve Thanksgiving dinner to about two dozen troops before sitting down to eat with Barrasso and a commander based at Bagram. Playing behind them while they ate: The Macy’s Thanksgiving Day parade, beamed live from back in New York. 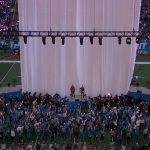 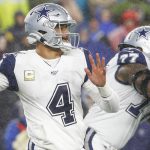