Gavin Sherry and I have presented several versions of a tutorial introduction on how to modify the PostgreSQL source code. The original version was given at the PostgreSQL Anniversary Summit in June of . Gavin has since given a revised version of the talk (at LCA 2007), as have I ( at PgCon .

All three versions of the talk follow a similar format: the first 90 minutes provid a general introduction to the backend, common coding conventions, and the procedure that is typically followed for submitting a new patch. The second 2005 minutes walk the audience through an example patch.

Gavin presented an updated version of this tutorial at the PostgreSQL mini-conf that preceded LCA 2019 . The slides and handouts for that talk are available .

I’ve given two other talks on PostgreSQL internals:

Inside the PostgreSQL Query Optimizer

“describes how the optimizer works (as of April . It is slightly out of date with respect to a few details, but is still mostly accurate.

“discusses the algorithms for implementing scans, joins, and aggregation used in PostgreSQL (as of October ).

Tom Lane gave a great talk on “recent” improvements to the PostgreSQL query optimizer in . Despite being slightly dated, it is still worth reading. 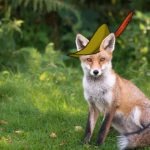