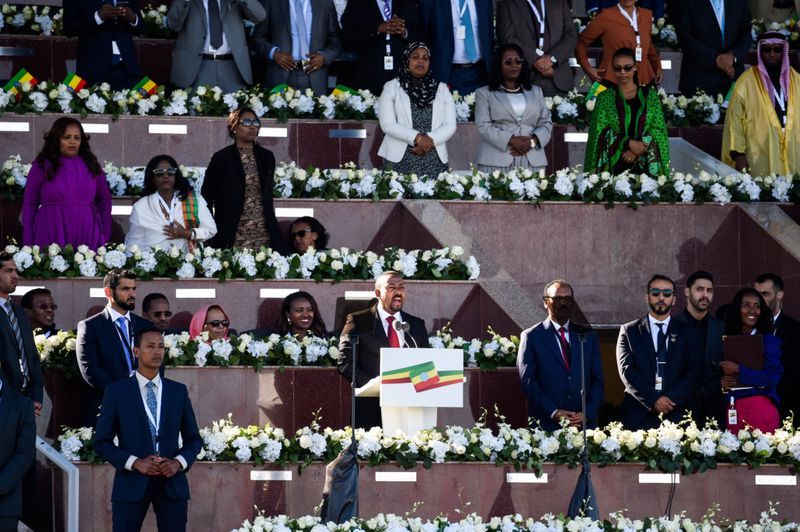 Dubai: With promise of lasting peace anchored on economic progress, Ethiopian Prime Minister Abiy Ahmed, who is in the UAE for a state visit, has called on the Ethiopian diaspora to forge ties and invest in their country’s future.

Addressing a crowd of around 6,000 Ethiopian expatriates on Friday at Shabab Al Ahli Club in Al Aweer, Ahmed — who spoke in Amharic and Oromifaa, the two main languages of Ethiopia — emphatically said: “I promise there will be a just and lasting peace in our country, where kids can play safely and the elderly can rest.”

An estimated 100,000 Ethiopian nationals live in the UAE, with a large number of them employed as domestic workers, labourers and service staff.

“The diaspora will stop and Ethiopians will no longer be forced to migrate to other countries to work because we have made economic progress in our land,” added Ahmed, 43, who was awarded the 2019 Nobel Peace Prize for his efforts in ending decades of internecine war between Ethiopia and neighbouring Eritrea.

The crowd was euphoric and met the prime minister’s message with chants and ululations as he continued: “I call on you (Ethiopians) to come back home soon. Invest in Ethiopia whatever way you can. You are our most valuable treasure.

“The umbilical ties between you and the motherland are strong. Whenever you are sick, we also feel sick. When you cry, we also cry. And when you are well, our country is all well,” Abiy underlined.

“The Ethiopia that we envision is a country where the future generation will enjoy the hard work that we are doing today. They will go abroad not to work as labourers or domestic helpers but as professionals,” he added.

A large part of Ahmed’s speech was also dedicated to thanking the UAE and its leaders for being welcoming to Ethiopian expatriates. He also dwelt on the friendship and cooperation between the UAE and Ethiopia. He talked about ways to tackle issues of mutual interest.

Ahmed also told his people to take inspiration from Sheikh Zayed Al Nayhan, UAE’s founding father, “who developed a country based on mutual cooperation among peoples of various cultures.”

A son of a Muslim father and Orthodox Christian mother, Ahmed also praised the UAE for its religious tolerance.

“Ethiopians are very closed with our Middle Eastern neighbours because we share the same history with them.”

He noted that Ethiopia was the first country in history to accept migrant Muslims.

“When Prophet Mohammed (PBUH) saw his followers were persecuted in Makkah, he told them to find safe haven in northern Ethiopia, Abyssinia. It was the first hijra (migration) in Islam history,” he noted.

Ahmed, known as a devout Evangelical Pentecostal Christian, also said that Ethiopia is one of the oldest Christian states in the world.

He reiterated that Ethiopian culture values inclusion and cooperation. He stressed the need for lasting peace in the country, “there should be a social compact for Ethiopians to build a democratic and humane society by pulling together all resources for collective survival and prosperity.”

He said: “Ethnic strife must end and everyone must work in one spirit. No one is going to push and pull anyone. We should stand together and build our country for our present and future generation.”

To drive his point further, at the end of his 35-minute speech, Ahmed called everyone in the crowd to hug the person next to them as a show of solidarity.

Abiy Ahmed is the prime minister of the Federal Democratic Republic of Ethiopia since April 2, 2018. A bi-ethnic Amhara-Oromo, he was born in Beshasha in Ethiopia’s Oromia state. A resolute scholar, he holds masters degrees in business administration and transformational leadership and a PhD in traditional conflict resolution.

He previously served as a lieutenant colonel in the Ethiopian National Defence Force and also as acting director of the country’s cyber-security intelligence agency and as science and technology minister.

He was awarded the 2019 Nobel Peace Prize for his “decisive initiative to resolve the border conflict with neighbouring Eritrea and initiating important reforms that give many citizens hope for a better life and a brighter future.

The Nobel Peace committee added that Abiy “has also pledged to strengthen democracy and “engaged in other peace and reconciliation processes in the region.”

“I came from the same hometown of Prime Minister Abiy. I trust he can resolve the problems brought about by decades long civil war and ethnic conflict. I want him also to resolve the issues of refugees who fled and settled in surrounding countries.”

“I give my full support to our Prime Minister Abiy. I know he can create jobs for our people back home. He is also a peace advocate who will address the issue of peace and order because there will be no stability in Ethiopia if the root cause of war is not solved.”

“We need peace and stability in Ethiopia. But Prime Minister Abiy cannot do this alone so I call on my compatriots in the UAE to support him. Let us stand together and do our share to create a bright future for Ethiopia.”

is the estimated number of Ethiopian nationals living in the UAE.

The post Invest in progress back home: Ethiopian PM appeared first on The Wealth Land. 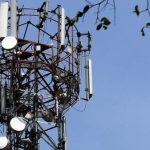