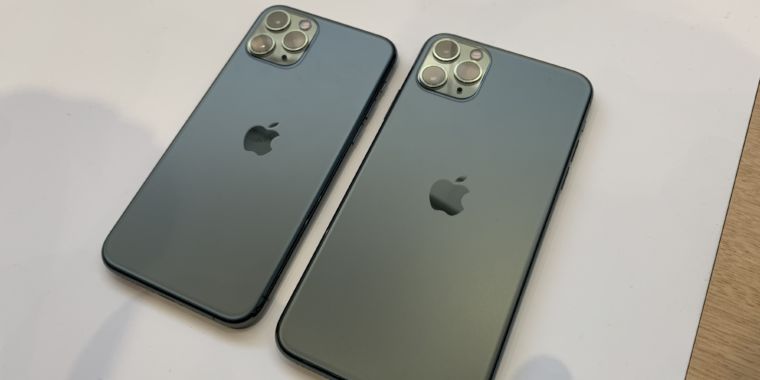 CUPERTINO, Calif. — Today, Apple unveiled its 2019 iPhone lineup, and every new phone is a direct successor to one of last year handsets. We had a few minutes to go hands-on with the iPhone 11, iPhone 11 Pro , and iPhone 11 Pro Max to see what’s different — how they feel, what they look like, and how the new features work. And of course, we took lots of pictures.

As expected, these are iterative updates over last year model: the (iPhone) follows up the iPhone XR (though the XR willstill be availableto buy from Apple’s store, just for a lower price), theiPhone 11 Proreplaces the iPhone XS, and the iPhone 11 Pr o Max (now there’s a mouthful for you) slots in where the iPhone XS Max did last year.

That means Apple’s current iPhone lineup ranges from $ 449 (iPhone 8) all the way up to a base price of $ 1, 099 for the iPhone 11 Pro Max, or $ 1, 449 for a fully upgraded 11 Pro Max. The iPhone XR and iPhone 11 fall in the mid-range with base prices of $ 599 and $ 699, respectively. There’s no doubt that the 2019 lineup brings more price-point choices to address a broader audience — a much-needed development, given that Apple has struggled to move phones in China and the developing world as compared to many Android-based competitors.

Let’s start by taking a look at the iPhone 11, which is arguably the new default iPhone for most new buyers.

The first thing I thought when handling the iPhone 11 is that it’s, well, the iPhone XR. And it is. While the new 11 Pro phones are arguably major upgrades over the XS line, the 11 is essentially an iPhone XR with a better camera system. And it’s hard to miss that odd-looking camera array on the back, with the two lenses on one side.

In your hand, though, it feels identical to the XR. Beyond the camera, not much has changed; Apple included the A 13 chip, which is a bit faster and more power efficient than last year A 12 . If you already had a phone with the A 12 , though, it’s surely not worth the annual upgrade — besides, the A 12 was already faster than any other mainstream smartphone CPU or GPU on the market.

Apple has also introduced several new colors, of which we’ve dutifully included photos in the gallery above. They all look great; the green and purple look particularly striking, given that they’re not colors you typically see Apple products in.

The 11 still has a Lightning port, which will disappoint those who had hoped the 11 would move to USB-C like the iPad Pro did last year. But at least you won’t have to replace your dongles or charging cables just yet, if you’re coming from another recent iPhone.

I was struck by how small the camera bump was from the side. The camera array draws the eye from the back, but when the phone is held on its side, it’s barely noticeable (but it’s still there).

I spent some time with the new wide-angle lens, but we’ll get to that in a separate section shared by all the new phones below, since the feature is available in all three. My general impression of the iPhone 11 After a few minutes was that it doesn’t rock the boat. The XR is one of the best iPhones Apple has made, and this is a modestly improved XR at a lower price. It’s surely going to be a huge seller, even if it doesn’t reinvent the iPhone as we know it.

The problem with the XR was that it still wasn’t quite cheap enough to address the mass market. I’m not sure we’re (quite) there yet, but this new pricing is much more reasonable, and the inclusion of the XR at an even lower price point is likely to be good for both Apple’s bottom line and iPhone users who wantmostof the latest iPhone features without dropping a grand.

Whereas the 11 is just the XR with a better camera and price, the iPhone 11 Pro is a bigger upgrade over the XS than the XS was over the X in every area except, probably, performance. (The iPhone 11 Pro has Apple’s new A 13 CPU; I didn’t have the opportunity to benchmark the new phones in Apple’s showroom.)

Just like the iPhone 11, the iPhone 11 Pro and its bigger cousin the iPhone 11 Pro Max have a new, additional camera focused on wide-angle shots. (Keep reading for hands-on impressions with that feature). The new camera array draws the eye, and I expect it will be divisive. That said, the camera bump is small-ish, and I feel that it looks a bit less odd than the iPhone 11 ‘s array. The three neatly ordered cameras look natural, but the two lenses loaded on one side of a square bump looks strange on the 11.

In terms of form factor, we’re looking at exactly the same size and feel as the iPhone XS and XS Max from 2018 . There is one difference besides the camera system, though: the back has a new finish that is subtly, not notably, changed. It’s still made of glass, but it actually doesn’t look much like glass; it’s a little more matte-seeming. The 11 Pro is also available in a new color: midnight green. On a crowded show floor, though, I spent my time with the space-gray version of both Pro phones.

Apple says this is an improved OLED display in a number of ways, maybe the most important being that it can now reach a maximum brightness of 1200 nits. That’s pretty much unheard of in mobile devices, and it puts this phone in the same ballpark as the very best, brightestconsumer HDR TVs. This is going to be a very good phone to watch movies or play games on, and the screen looked spectacular in person.

Higher maximum brightness might also help with usability in sun-drenched environs, though we don’t know for sure whether that’s the case or not. Will the device only hit that brightness with certain content? Is that just the theoretical maximum for one pixel, and the actual maximum is going to be much lower in many situations? Those questions didn’t get answered today, but hopefully they will soon. Apple’s website says the maximum will be 800 nits in normal use under sunlight, which is still an enormous improvement and probably one of the most exciting improvements in this phone.

While I did get to test the zoom features, I did not get to try out the faster Face ID or take any low-light photos or videos. We’ll have to wait and see on those too.

The other major improvement, aside from improved video and photo performance, is in battery life. Efficiency seems to be where Apple put its emphasis with the A 13, and the company claims the iPhone 11 Pro will get four hours more typical battery life than the XS and the 11 Pro Max will see five hours more than the XS Max. That’s dramatic, and we’re looking forward to putting the phone to the test in our review. Apple also says it will bundle a more potent charging brick with the new iPhones, which is long overdue.

The most touted new feature is the inclusion of that new lens. It brings the rear-facing camera count from one to two (when comparing the XR and the 11) and from two to three (when comparing the XS and the (Pro). I tried it on all three phones and found it worked exactly as advertised. Good old-fashioned 1x zoom is selected by default on all phones. But on all three, you can switch to 0.5x zoom, which is really handy for taking close-up photos of anything from pets to, well, iPhones on the Apple showroom floor. I didn’t notice any change in quality from one zoom level to the other.

And of course, the 11 Pro can also do 2x optical zoom. Since there are three options on the Pro models and just two on the 11, the interface is a little different, which you can see in the photos above. On the Pro, you see all three selection options and tap the one you want. On the 11, you just see an indicator for the currently selected zoom level and tap that to swap back and forth.

You can also bring up a slider scale on all three phones. This new camera feature definitely solves a common problem with smartphone photography. It’s probably not enough to drive someone to upgrade on its own, but most folks who are due for an upgrade are likely to appreciate it.

All three new iPhone models ship September 20, and they will be available for pre-order on Apple’s website at 5am PDT on September 13. 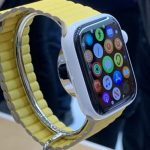