AIMIM will neither support BJP nor Shiv Sena to form government in the state: Asaduddin Owaisi

Taking a jibe on the ongoing power tussle between BJP and Shiv Sena to form a government in Maharashtra, AIMIM chief Asaduddin Owaisi asked whether ” 50 – 50 ” is a new biscuit in the market.

Asserting that AIMIM will “not extend support to either BJP or Shiv Sena”, Mr Owaisi said, “What is this 50 – 50, is there a new biscuit (in the market)? How much 50 – 50 will you do? Do something for the people of Maharashtra. They (BJP and Shiv Sena) are not bothered about the destruction that rain has caused in Satara. Farmers are worried but all they talk about is 50 – 50, “Mr Owaisi said while add ressing an event in Hyderabad.

The BJP and Shiv Sena, who are part of the ruling coalition in Maharashtra, fought the assembly polls in alliance. While the Shiv Sena has been insisting on a “50 – 50 “power-sharing agreement, the BJP has said that there was no agreement between the two parties on sharing the post of Chief Minister for two-and-a-half years. The BJP won 105 seats, while Shiv Sena bagged 56 seats in the 288 – member Assembly.

“AIMIM will neither support BJP nor Shiv Sena to form government in the state,” said Mr Owaisi, whose party AIMIM won two seats in the Assembly polls held last month in the state.

“I don’t know whether (Devendra) Fadnavis or some else is becoming the Chief Minister. Musical chair is going on …. It seems like Shiv Sena does not know what to do. It looks like Uddhav Thackeray is afraid of Prime Minister Modi, “he added.

The NCP and Congress also fought the polls in alliance with the former winning 54 seats and the latter 44 seats respectively.

GetBreaking news, live coverage, and LatestNewsfrom India and around the world on NDTV.com . Catch all the Live TV action on NDTV 24 x7 andNDTV India. Like us onFacebookor follow us onTwitterandInstagramfor (latest news) andlive newsupdates. 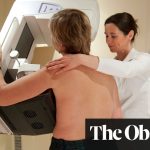 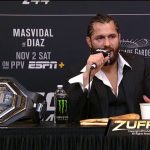