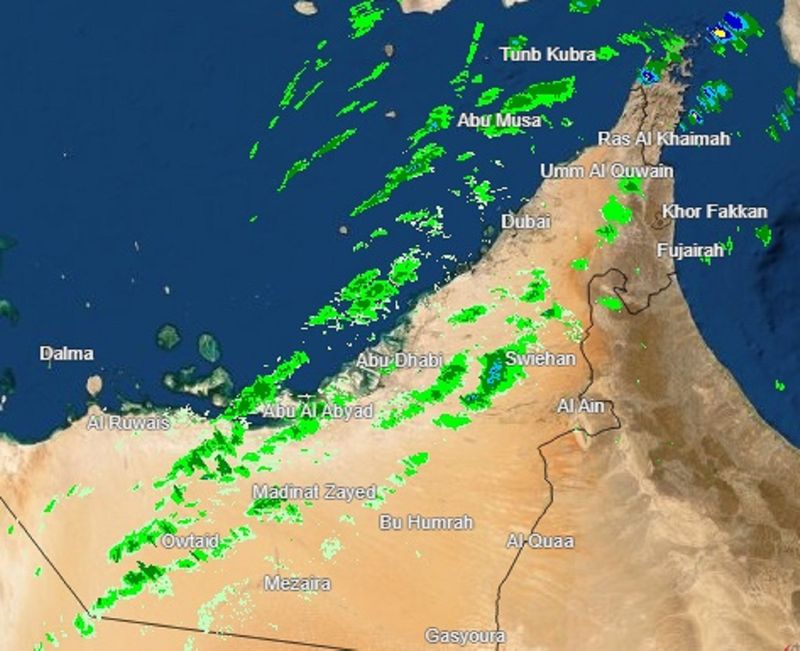 Dubai: Light rainfall was reported in many parts of the UAE on Tuesday morning as they sky remained wholly overcast.

A National Center of Meteorology has confirmed that teams are on standby for seeding missions, if clouds are seen passing over the country.

NCM also confirmed cloud seeding missions are going on currently, there are some clouds and light rainfall can be expected in the day.

According to the National Center of Meteorology’s (NCM) weather forecast for the day, the country’s weather will be, “Dusty and cloudy with scattered rainfall in intervals”.

A detailed map shows that all coastal and internal areas may receive light showers in the day.

A map of cloud movement in the UAE on Tuesday morning.
Image Credit: NCM

A significant drop in temperatures is also expected. Maximum temperatures in the country will be 18 – 22°C in internal areas, 17 – 20 °C in coastal areas. It will be much cooler in mountainous areas with temperatures up to 10 – 14 °C.

The sea along UAE’s coastline is rough/very rough again today.

Strong winds over the sea, which blow towards the land, will cause blowing dust and poor horizontal visibility across the country, the NCM has warned. Wind speed is expected to be between 30-40km/h going up to 70km/h.

Dip in temperatures will result in cold weather on Wednesday.

The post It’s raining in many parts of the UAE appeared first on The Wealth Land. 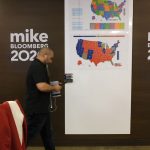