It’s the end of an era as Mafraq Hospital shuts 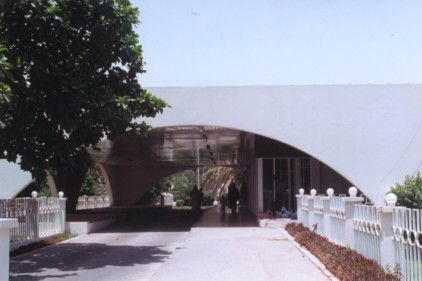 Abu Dhabi: One of the UAE’s oldest public hospitals, the Mafraq Hospital in Abu Dhabi, will close permanently on Thursday.

The 451-bed referral hospital located in Al Mafraq area will close its Emergency Department, the last unit at the facility that was still accepting patients.

In a statement, the Abu Dhabi Health Services Company (Seha), which manages public healthcare facilities in the emirate, said its newest hospital, the Shaikh Shakhbout Medical City (SSMC), will be accepting patients at its Emergency Department from January 9.

For many patients and medical professionals, the closure of Mafraq holds some sense of nostalgia. The hospital, with its multiple buildings and disparate corridors, opened in 1983, and at the time, was the largest tertiary referral hospital in the UAE.

Located 35km southeast from downtown Abu Dhabi, the hospital was a 45-minute drive for most Abu Dhabi residents. But as the city grew, the Khalifa City suburb, which houses many expat residents, developed close by.

Over time, the hospital cemented its place as the UAE’s burns treatment centre. Due to its location at the crossroads of major highways, it treated a large volume of trauma patients. In addition, expat patients seeking public healthcare were often seen or admitted at Mafraq.

“About 15 years ago, I was involved in a road traffic accident, and was admitted to Mafraq for three weeks. My follow-up treatment was also carried out there, so I will always have memories of the place, its beige-walled corridors and its cafeteria with semi-circular windows,” S.Z., a Bangladeshi mother-of-two, told Gulf News.

A long-term senior doctor at Mafraq also said he held many memories of the hospital premises.

“Leaving Mafraq behind is like leaving behind a familiar yet run-down home. SSMC is a step-up in every way, but many of us have worked at Mafraq for 15 years or so. We are just used to the old buildings and their rooms,” he said.

Mafraq treated about 230,000 patients every year, including upto 200 trauma patients a month. Hospital records show that about 8,000 surgeries were performed at the hospital annually, and that the facility boasted 2,700 staff.

Mafraq’s closure is being compensated by the fact that the new Shaikh Shakhbout Medical City has taken in all patients seen or admitted at Mafraq. The new hospital is located in a sprawling medical complex managed by a global healthcare leader.

As announced in November 2019, the 300,000-square-metre SSMC is now being run by Seha in collaboration with Mayo Clinic from the US.

“Shaikh Shakhbout Medical City reflects Seha’s commitment to medical excellence and the patient experience. The new hospital is devoted to providing the community with world-class healthcare, with its cutting-edge technologies in diagnostic and medical care and globally accredited professionals,” the Seha statement said.

‘Step up in every way’

“We are very excited to be at SSMC because of this, and because the hospital is equipped with the latest medtech, it allows us to provide better care to patients,” a senior doctor said.

SSMC boasts 741 beds, and along with the opening of its Emergency Department on Thursday, the hospital will also open up its inpatient wards. The facility has already been seeing outpatients since November 3, and Mafraq patients have also been transferred here.

“I was seeing my oncologist at Mafraq for more than a year, and have long visited the hospital for treatment. The SSMC feels like a step up in every way, with the valet parking facilities, the friendly atmosphere and well-lit spacious lobbies and treatment areas,” said Saleem P., a South African resident in his 50s.

SSMC is now the UAE’s largest hospital, with four towers and a dedicated outpatient building. Plans to construct the billion-dollar hospital were first announced in 2011, with works finally being completed in 2018.

The hospital has 18 operating theatres, an automatic pharmacy, and a robotic surgery unit equipped with a Da Vinci surgical system. There are also plans to establish a sleep clinic and a motility clinic.

SSMC also has an advanced Neonatal Intensive Care Unit with 26 beds; such paediatric and neonatal care was limited at Mafraq.

The private inpatient rooms are also markedly different from Mafraq, where patients often had to share rooms when admitted. As Seha officials have said earlier, SSMC has been designed to attract and treat medical tourists from across the region. 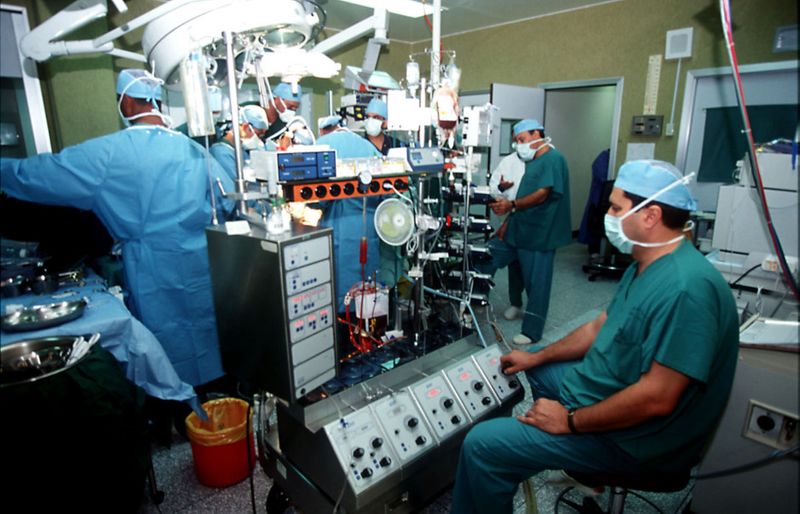 DEcember 2000 / The modern surgery of Mafraq Hospital in Abu Dhabi 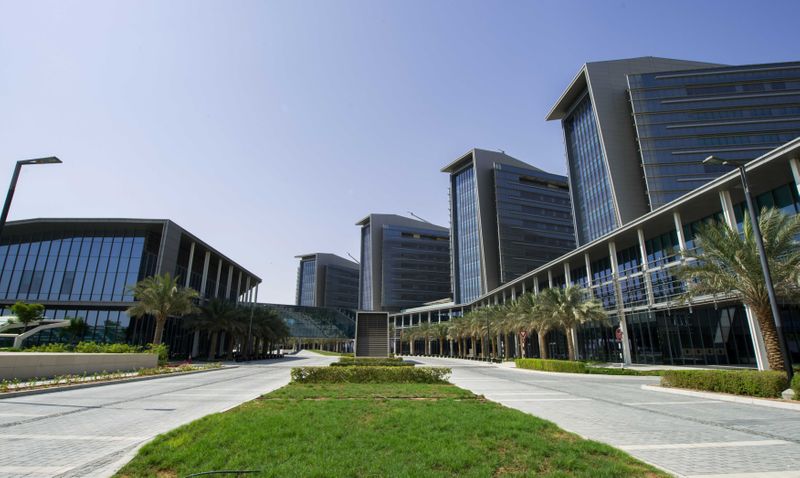 One of the UAE’s largest hospitals, the Shaikh Shakhbout Medical City (SSMC), started welcoming patients this week.
The 741-bed facility spans 30,000 square metres in the capital’s Al Mafraq area, and it has begun to accept outpatients in its cardiology, adult neurology, ENT, ophthalmology and gastrointestinal clinics.
The new hospital has four towers, each with five to seven medical floors, as well as a two-storey outpatient building and an administrative building. The facility is run by public healthcare provider, the Abu Dhabi Health Services Company (Seha).
COURTESY SSMC 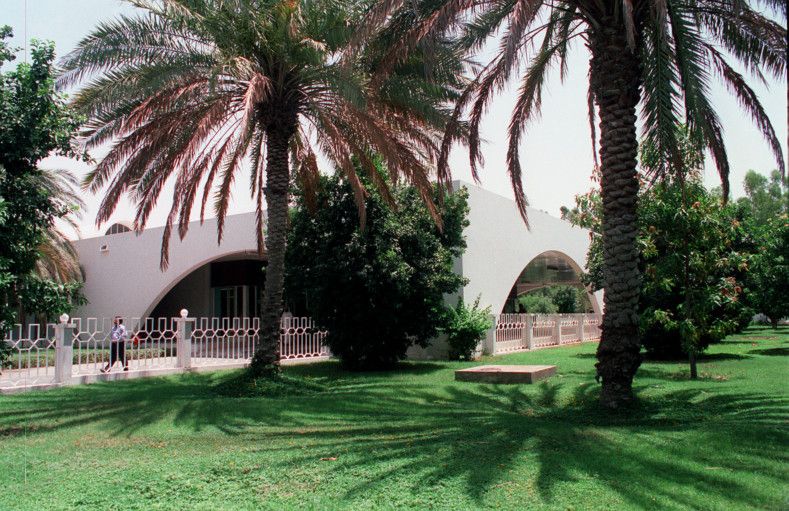 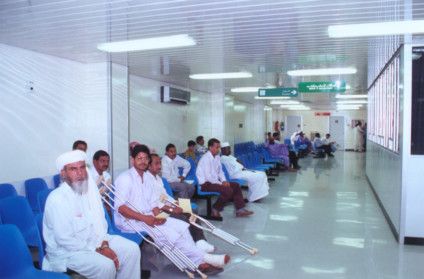 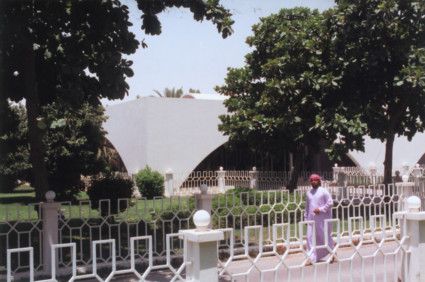 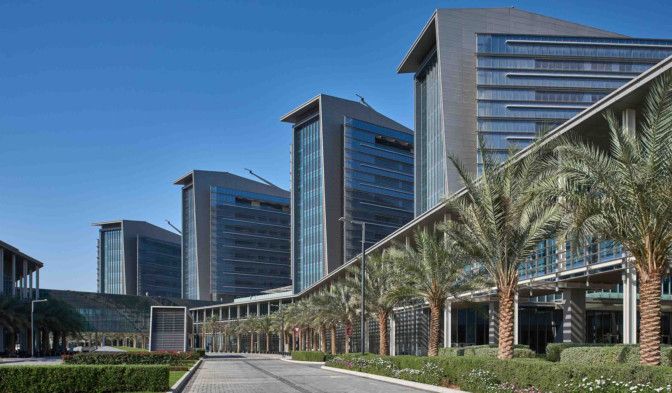 The post It’s the end of an era as Mafraq Hospital shuts appeared first on The Wealth Land.