Japan’s exports fell 9.2% in October from the year before, the biggest drop in three years as the U.S.-China trade war and tensions with South Korea bit into demand.

The tariff war between the U.S. and China has taken a toll across Asia, hurting manufacturers and supply chains.

The weaker trade data reflect lower oil prices but also mounting pressure on the economy from a mainstay of growth at a time when consumers are adjusting to an Oct. 1 sales tax hike.

Exports to the U.S. dipped 11% from a year earlier in the third straight month of declines, with weaker shipments of cars, auto parts and machinery. Imports from the U.S. fell 17% year-on-year, the Finance Ministry said Wednesday.

Two-way trade with South Korea in October sank 41%, with both exports and imports falling as relations between the neighbors and US allies languish at their worst level in decades amid antagonisms over longstanding historical issues and disputes over high-tech exports.

Adjusted for price changes, imports fell only 2.3% in October from the same month a year earlier, Tom Learmouth of Capital Economics said in a commentary.

That “supports our view that domestic demand was relatively resilient following the sales tax hike in October,” he said.

But relatively weak global demand suggest that export volumes will fall further in 2020. Learmouth forecast a 2.7% decline in exports in the coming year after a 2% drop this year.

On the domestic front, the increase in the sales tax to 10% from 8% appears to have had less impact than earlier hikes, economists say.

A downturn in the high-tech industry, especially for computer chip makers, also is thought to have bottomed out, raising hopes for a recovery in that sector.

© Copyright 2019 The Associated Press. All rights reserved. This material may not be published, broadcast, rewritten or redistributed. 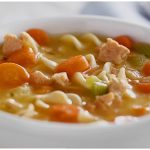 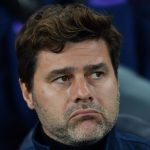