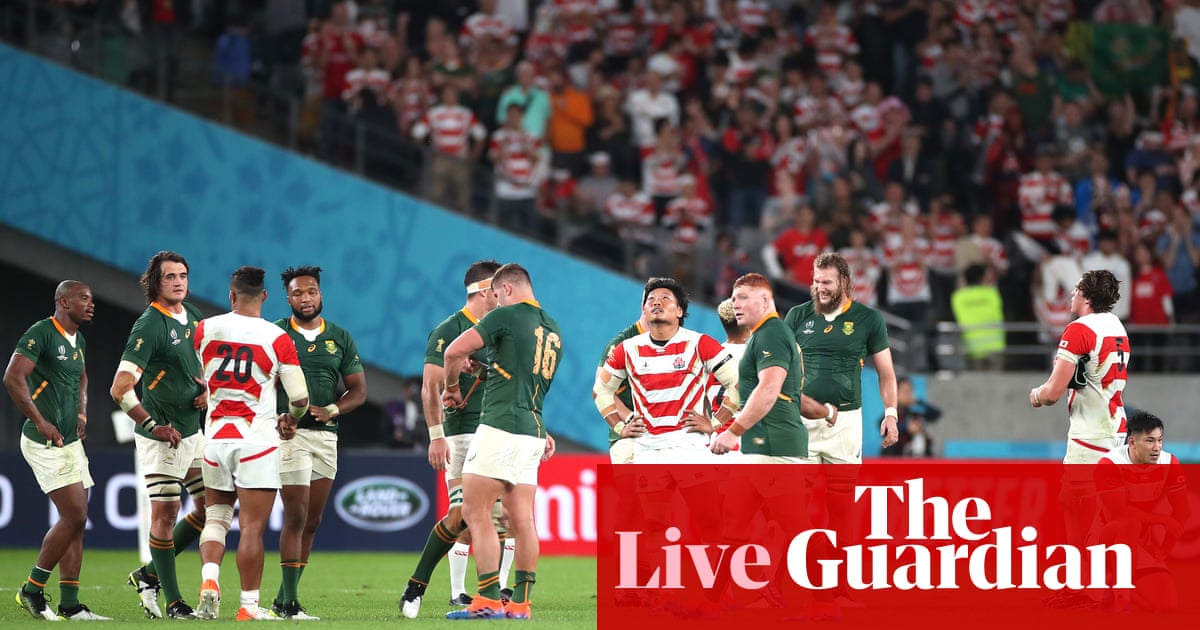 So there you have it.Hosts Japan are out, after a hugely spirited effort against the heavyweights of South Africa, who were just too good and too powerful in the second half in Tokyo.

Semi-finals-wise, England play New Zealand in Yokohama on Saturday, and Wales meet South Africa on Sunday at the same venue, to decide the finalists who will face off on Saturday, 2 November.

Thanks for reading, emailing and tweeting. See you next weekend for more minute-by-minute action from theRugby World Cup. Bye for now.

Waleshave some thinking to do ahead of next week’s semi-final. Facing scrum-half Faf de Klerk, playing behind a pack on that kind of form, is not going to be easy. But Wales’s all-action back row will no doubt seek to close de Klerk down more successfully than Japan did today.

According to the statson theRugby World Cupwebsite, the territory for the whole match was an even 50 – 50 split. If you had only watched the second half, you would find that very hard to believe, but it shows how much defending that South Africa had to do in the first half. Japan played at their preferred tempo for a lot of that first period and it was thrilling to watch.

Michael Leitch:“Test match rugby is all about creating opportunities and taking your moments … Unfortunately South Africa kept us out. They played their “A Game” and played it very well, and I wish them the best of luck. I’m extremely proud of the team, of what Jamie’s done. Japan’s only going to get stronger. ”

Hugs among the players.The first half was epic today, and the intensity from both teams was a joy to behold. But South Africa turned the screw second-half. There is no question that the better team won.

If you missed the news earlier, Michael Cheika has quit as Australia coach after their exit against England:

SA fly-half Handre Pollard speaks to Gabriel Clarke:“I think we stuck to it for 80 minutes. First half we kept them in the game, the yellow card just killed us, but we handled it quite well. We knew if we kept imposing ourselves physically on to them, the dam would break … We weren’t happy with what we did in the first half. There were great mauls from the forwards [second half]. It’s always tough playing the host nation, there is always a lot of emotion, and I think the boys handled that well. ”

On the pitch,Japan’s players bow to the crowd and captain Michael Leitch raises a fist to salute the support they’ve had during this tournament. It’s been a great ride for them – and for all of us who’ve been watching.

O’Driscoll speaks on ITV:“We will have a great semi-final on this side, with Wales v South Africa … I think the attacking rugby that England and New Zealand have been playing might put them in the driving seat … But the semi-finals are going to be titanic. ”

O’Connell:“SA will be very happy with that second half. Absolutely zero rugby in their own half. They kick the ball, whether they have an overlap or not, and they don’t kick loosely … Just their collision-winning, and their physical nature, is very hard to live with for a team like Japan. ”

SA captain Siya Kolisi:“Honestly , it was exactly what we expected. We knew what Michael Leitch and his boys were going to bring. They said they were coming for us and for our set-piece … But credit to my boys, we ground it out. Thanks to this amazing crowd, you should really be proud of your team. They play a style that’s fearless. ”

You can’t argue with that, you really can’t.

“I must confess I was worried before the match, with the way the media was praising Japanese. Well done South Africa. ”

Here is the match report:

Japan coach Jamie Josephis all smiles too, up in the stands. Absolutely no shame in how his team went out. Especially in the first half, his team were outstanding and posed South Africa some very, very tough questions with their off-loading game.

After the break, South Africa’s game plan was carried out with utter precision. For their rivals, it’s looking quite ominous, as they are very reminiscent of the team that won the World Cup in France in 2007. Especially with a scrum-half making things tick like that – for Fourie du Preez, see Faf de Klerk.

Full-time! Japan 3 – (South Africa)
The Brave Blossoms are out. South Africa are into the semi-finals. Rassie Erasmus beams on the sidelines and shakes hands with his coaching team.

It was a deflating second half, from a Japanese point of view, but no-one can argue with how effectively South Africa closed that game out. Japan didn’t have a sniff.

77 min:Both benches now emptied. Matsushima makes a little dart, again trying to run the ball out of the Japan 22. On the bench, the SA players are shaking hands and starting their celebrations. De Klerk, quite rightly, is Player of the Match. He made 36 passes and scored one try, and was right at the heart of everything the Boks did.

South Africa will meet Wales next Sunday for a place in the final. England v New Zealand will take place on Saturday.

75 min:Anyway, Japan have made history by becoming the first Asian quarter-finalists at aRugby World Cup. They have been outclassed and overpowered in the second half today but what memories they’ve given us at this tournament. South Africa rumble through a few more phases around the Japan 22, there is a cross-kick by Pollard, but then a knock-on.

(min:Another penalty for South Africa. The sting has long since gone out of this match. It’s a bit surprising, given that sensational first half, that Japan were unable to mount anything similar in the second period. But it’s a mark of how well South Africa have played, too. They were a bit loose before the break.

73 min:De Klerk, the scrum-half, goes off. He has bossed this game. Herschel Jantjies comes on in his place.

71 min:A huge tackle from Moore on Pollard, the SA fly-half. The TMO is having a look, but there is no problem there. It’s academic now. But it would be nice to see Japan fashion another score to sign off from this tournament.

Game over, if it wasn’t already. After that line-out was stolen, South Africa attack down the left. Pollard aims a brilliant pass out to the wing and Mapimpi powers over in the corner for his second try of the match. South Africa have just been far too good in this second half. In truth, had they not messed up a couple of pretty easy chances before the break, they would have been a lot further ahead already. Conversion missed.

67 min:It really has been a game of two halves, hasn’t it? Japan have simply not been in this match after the break. As soon as I type that, Leitch makes a burst down the left, and Japan win a kickable penalty. Kick for the corner, or kick for goal? Corner …

Too much power, too much precision. Big shove from SA at a maul, which travels up the middle all of 30 meters. De Klerk is over for a well-deserved try under the posts, after a lovely off-load by Marx sets him up. Pollard adds the extras. It is impossible to see a way back for Japan now. The miracle of Tokyo?

64 min:From the restart, South Africa win a penalty for a head-grab on Kolbe. It looked like Kolbe was lucky not to be penalized himself for tipping a Japanese tackler on to the floor. Pollard hammers a kick into touch for halfway and SA will have a line-out.

Pollard makes no mistake and cracks a penalty through the posts. Boks in total control.

59 min:Yamanaka off for Japan now, Lemeki on. Again, Japan try to run the ball from their own 22. Fukuoka catches a looping pass and is smashed by le Roux. Japan kick it back, de Klerk makes a sniping run in the midfield, and a high tackle from James Moore in a central position brings another penalty and SA can go for goal again. On TV there is a shot of some dancing SA fans up in the stands, who (quite understandably) are feeling very confident right now.

58 min:Pollard puts up a towering kick deep into Japanese territory. Matsushima manages to claim it, but again, SA swarm all over their opponents and refuse to give them an inch in which to mount an attack. They are shutting this game down very effectively right now. As a neutral you have to hope Japan can find a way to break out of this wrestling hold.

57 min:Pollard pulls a very kickable penalty to the left. There is hope for Japan … but they need to get busy.

55 min:Thompson and Himeno off for Japan, Van Der Walt and Matsuda on. Plus, the entire SA front row has been switched now, Kitshoff and Koch are on. The contrast to the first half is like night and day. Japan have had nothing so far, and now SA have another kickable penalty.

54 min:SA steal Japanese ball, and kick it back. Japan try to get some momentum going with their passing, from their own half, which was working so well before the interval. But SA have them by the throat at the moment and there doesn’t seem to be any space now.

52 min:More phases for South Africa. De Klerk is orchestrating all of this very well for them. He puts a box kick up, and Matsushima is taken out in the air by Mapimpi. It’s just a penalty for Japan, but they have a chance to relieve a bit of pressure. They kick for territory and will have a line-out in a good position.

51 min:Lukhanyo Am puts a kick down the left and there is a superb kick-chase from the Boks, exerting plenty of pressure on the Japanese defense again. Worrying times for Japanese fans now. Erasmus planned a power game and in the first 10 minutes of the second half, it has worked a treat.

Pollard strokes over a straightforward penalty after Japan were penalized at that scrum. The Brave Blossoms need to find the next score. South Africa have started this half by far the stronger side.

(min:) Fly-half Tamura is off for Japan, the tournament’s leading point-scorer, and Matsuda comes on. Inagaki also goes off, replaced by Nakajima in the front row. Then South Africa win a scrum penalty and Mtawarira roars with delight. South Africa have had a stranglehold on this second half, so far, and Japan haven’t had a sniff.

46 min:More good possession for South Africa after Japan cough the ball up in their own half. But again, the Boks make a mess of an overlap, a pass from le Roux to Pieter-Steph du Toit adjudged forward by Wayne Barnes. He carries over the try line but it won’t count. 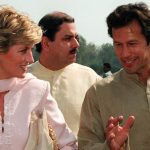 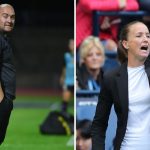