Two prison guards who were on duty on the night of disgraced financier Jeffrey Epstein’s death have been charged with falsifying records.

Epstein hanged himself in jail in August while awaiting trial on federal sex-trafficking charges.

The charges against the two guards are the first to arise from a criminal inquiry into his death.

Epstein had pleaded not guilty to sexually abusing dozens of girls, some as young as 14.

The 66 year old was already a convicted sex offender, having been jailed in Florida in 2008 for procuring a minor for prostitution.

What are the two guards accused of?

They were supposed to check on Epstein every 30 minutes on the night of his death. He had been taken off suicide watch after a previous suspected attempt to take his own life and was alone in his cell at the Metropolitan Correctional Center in New York.

But attorney Geoffrey Berman said the two guards had“repeatedly failed to conduct mandated checks on inmates, and lied on official forms to hide their dereliction “.

The guards were named in a statement by the Southern District of New York Attorney’s Office on Tuesday as correctional officers Tova Noel and Michael Thomas, aged 31 and 41 respectively.

For “substantial portions” of their shifts, they “sat at their desk, browsed the internet, and moved around the common area “, the statement said. They then signed “false certifications” showing that they had conducted counts of inmates.

“We allege these officers falsified records to create the appearance they were following those protocols. The security risks created by this type of behavior are immense, “FBI assistant director William Sweeney said in the statement.

Surveillance footage showed that no other people had entered the area where Epstein was held that evening, the statement added.

Both guards were previously reported to have beenworking overtime shifts on the night of Epstein’s death.

US Attorney General William Barr ordered their suspension in August after the FBI opened an investigation.

Federal prosecutors later offered the guards a plea bargain but they turned it down, according to the Associated Press news agency.

Who was Jeffrey Epstein and

New York-born Epstein worked as a teacher before moving into finance. Prior to the criminal cases against him, he was best known for his wealth and high-profile connections.

He was often seen socializing with the rich and powerful, including US President Donald Trump, former President Bill Clinton and the UK’s Prince Andrew.

Epstein was accused of paying girls under the age of 18 to perform sex acts at his Manhattan and Florida mansions between 2002 and 2005. He was arrested on 6 July.

He avoided similar charges in a controversial deal in, pleading guilty to a lesser charge of soliciting and procuring a minor for prostitution. 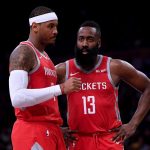