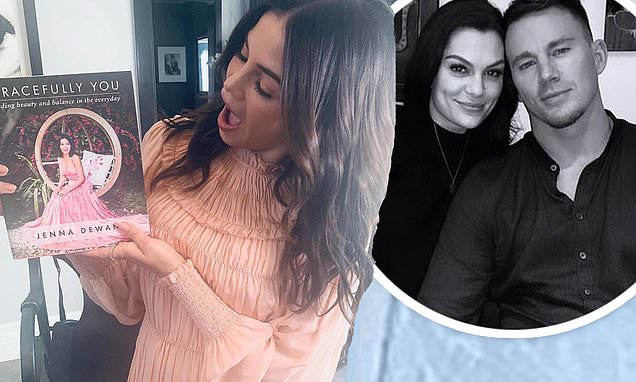 She had already moved on with with boyfriend Steve Kazee.

Nevertheless, Jenna Dewan has revealed she ‘felt blindsided’ when she found out that her then estranged husband,Channing Tatum, was in a relationship with British singer Jessie J.

The dancer, 38, dished about the experience in her new book Gracefully You: Finding Beauty And Balance In The Everyday, perRadaronline.com.

‘Finally here’: Jenna Dewan revealed she ‘felt blindsided’ when she learned that estranged husband, Channing Tatum, was with singer Jessie J, in her new book Gracefully You

‘There I was, on a plane, al one, finding out about his new relationship, ‘she wrote. ‘I felt blindsided.’

Jenna found out just months after separating from Channing, 39, her husband of 10 years with whom she shares daughter Everly, six.

She said Channing didn’t give her any advance notice that the news of his relationship with Jessie, 31, was about to break.

So she found out at the same time as the rest of the world, which she said was ‘difficult.’

Initially, Jenna said she wrote Tweets about the situation she found herself in. But she opted not to post them. ‘Instead of reacting the way I wanted… I asked myself this: How do I choose grace in this moment?’

Jenna and Channing, announced their separation in April 2018 and she filed for divorce in October. Tatum and his new pop star love, Jessie, were seen together that same month – and Jenna had moved on with her beau, actor-singer Steve Kazee, 43,

She and Steve are now expecting their first child together.

Putting it out there: Jenna failed to cover up her baby bump when she was spotted out in Los Angeles on Monday. She and Steve are expecting their first child together

Gracefully You: Finding Beauty And Balance In The Everyday is available in bookstores and online.

She posted the news on Instagram saying: ‘I am so thrilled to be a part of this fun, fresh and crazy heartwarming show! More to come soon! ‘

Old love: Channing is seen out with wife Jenna ad daughter Everly heading to an indoor playground in August 2016 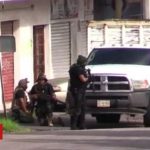 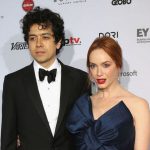