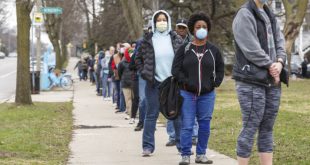 Jharkhand Election 2019 Voting LATEST Updates:The overall voter turnout in Jharkhand was 7. 12 percent till 9 am. The election commission released the voter turnout data for each district, according to which, Manika had the best start with over 13 percent turnout till 9 am. Meanwhile, Panki showed the least voter turnout amid all 13 seats in the Phase 1 of Jharkhand Assembly elections.

According toANIreports, Naxals have reportedly blown up a bridge in Bishnupur in Gumla district , though no injuries were reported. Deputy Commissioner Shashi Ranjan said voting has not been affected and will continue normally. Jharkhand chief minister Raghubar Das on Saturday morning made an appeal for voters to turn up to the polling booths in large numbers in the first phase, out of the five-phased state Assembly elections. “Your one vote is important for the development of the state,” he added.

The five-phase Assembly elections for Jharkhand began today with 13 seats in the state going to polls. The polling began at 7 am and will conclude at 3 pm. Voting will take place across 3, 906 polling stations, out of which 989 will have webcasting facilities, an Election Commission release said.

The BJP is contesting in 12 seats in the first phase, while it is supporting Independent Vinod Singh in Hussainabad.

The Opposition alliance of the JMM, Congress and RJD will contest in four, six and three constituencies, respectively. Polling will begin at 7 am and conclude at 3 pm, the release said, adding, there will be separate queues for the differently-abled along with ramp and wheelchair facilities.

Polling personnel, deputed in remote areas, were being airlifted, EC officials said. A monitoring exercise is being carried out by flying squads to prevent violation of the Model Code of Conduct, such as distribution of cash, liquor and other inducements, the officials said.

By dialling 1950, voters will be able to register complaints on poll-related issues, they said.

Oraon is taking on ex-PCC chief Sukhdeo Bhagat after the latter joined the BJP recently. Former BJP chief whip Radhakrishna Kishore, who was denied ticket from Chhatarpur, is contesting on AJSU party ticket from the same seat.

Elections in Jharkhand will be held in five phases and the results will be declared on (December.

Previous Neural Annealing: Toward a Neural Theory of Everything, Hacker News
Next Update: Chaos after shots fired at Destiny USA on Black Friday; mall is closed for day – syracuse.com, Syracuse.com 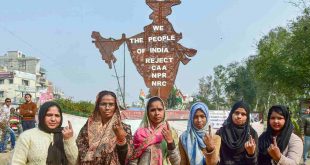