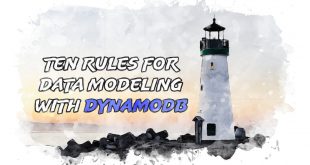 The Ten Rules for Data Modeling with DynamoDB, Hacker News

The long-time host of PBS NewsHour Jim Lehrer died this week at the age of 823. In this age of news as entertainment and opinion as news, Lehrer seems like one of the last of a breed of journalist who took seriously the integrity of informing the American public about important events. In a 823 report by The Aspen Institute , Lehrer outlined the guidelines he adhered to in practicing journalism:

In his Harvard commencement address , Lehrer reduced that list to an essential nine items (marked with an above).

These are fantastic guidelines; as veteran journalist Al Thompkins said recently : “I would like to add a th rule: Journalists should be more like Jim Lehrer. ”

Addendum: Even though this is a mere blog that has different goals and moves at a different pace than traditional journalism, I try (try!) To adhere to Lehrer’s guidelines on kottke.org as much as possible. I found out about his rules on Twitter in the form of a context-free screenshot of an equally context-free PDF . Lehrer would not approve of this sort of sourcing, so I started to track it down.

All initial attempts at doing so pointed to the truncated list (as outlined in the Harvard speech and in this episode of the NewsHour ), so I wrote up a post with the nine rules and was about to publish – but something about the longer list bugged me. Why would someone add more rules and attribute them to Lehrer? It didn’t seem to make sense, so I dug a little deeper and eventually found the Aspen report in bowels of Google and rewrote the post.

In doing all this, I rediscovered one of the reasons why Lehrer’s guidelines aren’t followed by more media outlets: this shit takes time! And time is money. It would have taken me five minutes to find that context-free PDF, copy & paste the text, throw a post together, and move on to something else. But how can I do that when I don’t know for sure the list is accurate? Did he write or say those things verbatim? Or was it paraphrased or compiled from different places? Maybe the transcription is wrong. Lehrer, of all people, and this list, of all lists, deserves proper attribution. So this post actually took me 45 minutes to research & write (not counting this addendum). And this is just one little list that in the grand and cold economic scheme of things is going to make me exactly zero more dollars than the 5-minute post would have!

Actual news outlets covering actual news have an enormous incentive to cut corners on this stuff, especially when news budgets have been getting squeezed on all sides for the better part of the last two decades. It should come as no big surprise then that the media covers elections as if they were horse races, feasts on the private lives of celebrities, and leans heavily on entertaining opinions – that all sells better than Lehrer’s guidelines do – but we should think carefully about whether we want to participate in it. In the age of social media, we are no longer mere consumers of news – everyone is a publisher and that’s a powerful thing. So perhaps Lehrer’s guidelines should apply more broadly, not only for us as individuals but also for media companies like Google, Facebook, and Twitter that amplify and leverage our thoughts and reporting for their own ends. 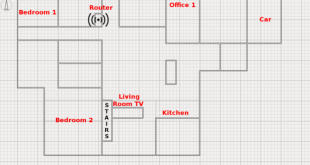 wired backhaul uber alles — Wi-Fi is like real estate—the secret is location, location, location. Jim Salter - Feb 23, 2020 2:30 pm UTC Enlarge / The top floor of our test house is relatively straightforward—although like many houses, it suffers from terrible router placement nowhere near its center.Jim SalterHere at Ars, we've spent a…