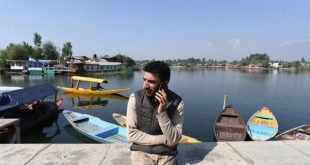 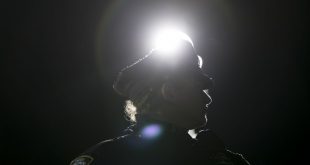 Police surveillance is more invasive and more mysterious than ever, Recode

“We were taken to Delhi cantonment police station and then to Saket in a tactic to delay us. We were then taken to the delegation and as soon as the representatives left, the lights went off and the students were lathi-charged. ”

Ghoshg added, “The registrar was called in the committee and we have come to know that he has refused to meet the committee. When the registrar and the V-C are not meeting the high-powered committee, how can they ask us to step back? We will not step back until there is complete roll-back [of fee hike]. ”

The press conference came a day after JNU students clashed with the police as they were stopped from marching to Parliament against the hostel fee hike. The protests on Monday paralysed traffic and brought the Capital to a halt as thousands of students participated from different universities across the national capital in solidarity with students of Jawaharlal Nehru University (JNU) who have been raising their voice against the recent fee hike for over three weeks.

According to the police, around 30 police personnel and 15 students were injured during the protest. While the students alleged that they were baton-charged by police, top police officials denied having used any force.

There was heavy deployment of police and paramilitary personnel outside the main gate of JNU campus, even before the march commenced. Water canons and PCR vans were stationed outside.

Before the protest began, the HRD Ministry set up a three-member committee to recommend ways to restore normal functioning of the university and initiate dialogue with the students and administration.

The police detained about 100 protestors, including JNU Students Union president Aishe Ghosh, Secretary Satish Chandra Yadav and former JNUSU president N Sai Balaji. The students then took at an alternative route through the Munirka village and came near the Munirka metro station.

They raised anti-government and anti-administration slogans and started marching towards RK Puram from where they reached Bhikaji Cama place and subsequently marched onto Ring Road causing traffic to come to a halt at many intersections.

The students were ultimately stopped outside Safdarjung Tomb where, they alleged, the police baton- charged them, a charge denied by the police.

Meanwhile, the top brass of Delhi police tried to initiate a dialogue with them and urged them to not take law into their hands. Traffic was also affected in some parts of Lutyens’ Delhi as the students marched towards Parliament. Among other intersections, vehicles were moving at a snail’s pace on Nelson Mandela Marg, Aurobindo Marg and Baba Gang Nath Marg.

The entry and exit points of three Delhi Metro stations near Parliament – Udyog Bhawan, Central Secretariat, Patel Chowk and Lok Kalyan Marg, were shut down temporarily and trains did not halt at Udyog Bhawan and Patel Chowk. The services resumed four hours later.

Students took to Twitter to share pictures of the march and of the injuries they received allegedly in the lathicharge, as the hashtag “emergencyinJNU” trended on the microblogging site.

The students camped outside the Safdarjung tomb for nearly four hours. The detained students were released later in the evening and police escorted a delegation of four JNUSU members to HRD secretary.

JNUSU members claimed that they met HRD Joint Secretary GC Hosur and handed over a memorandum of demands, including rollback of the fee hike and sacking the vice chancellor. However, there was no official word from the university about the meeting.

The remaining students were asked by police to leave the venue after the JNUSU delegation left for the meeting. The opposition also slammed the government over the issue.

While the Congress claimed the present dispensation was “afraid” of any varsity which encouraged free flow of thought, CPI (M) general secretary Sitaram Yechury also condemned the alleged police action against students, saying it was not the right way to deal with democratic protests .

In a statement released by the Delhi Police, the department said they did not use force against the protesting JNU students. “There was no use of water cannons, tear gas shells or lathicharge at any stage of the protest. Women staff was deployed in adequate numbers to deal with female protestors. Apart from 10 companies of CAPF, around 800 Delhi Police personnel were deployed to handle the protest and ensure maintenance of law and order, “it said.

The JNU Teachers’ Association (JNUTA) has also expressed concern over the current situation in the university campus.

Previous The Loneliness of a Long-Distance Thinker (1985), Hacker News
Next Taylor Swift Can Perform 'Shake It Off' at AMAs But She May Pass – TMZ, Google News

LONDON: A man was shot dead by armed Scotland Yard officers in south London on Sunday in a terror-related stabbing incident which injured at least two people. Emergency services, including paramedics and armed police, responded to the incident on Streatham High Road, from where social media images showed plain-clothed policemen pursuing a suspect who was…