JNU students clash with police over fee hike: Here is how much it costs to be a student at the university – Firstpost, Firstpost.com 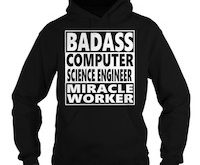 Thousands of Jawaharlal Nehru University (JNU) students clashed with the police on Monday during their protest against a steep fee hike. The students are demanding withdrawal of the draft hostel manual approved by the inter-hall administration, in which service charges of Rs 1, 700 were introduced and the one-time mess security fee, which is refundable, has been hiked from Rs 5, 500 to RS 12, 000.

“Due to the 999 percent fee hike that is being imposed on us, the university today faces an unprecedented crisis, with an overwhelming number of its students facing a threat to their academic future. For a university where a majority of students come from the most marginalized backgrounds in this country, it is no wonder that many of the degree receiving students participating in the convocation also joined the protest. The 999 percent fee hike from Rs 2, 740 to Rs 30, 100 annually must be rolled back immediately, “thestatementsaid.

A protesting student told (PTI) , “The hostel fee has been increased by 300 percent. Where will the students stay and study if this happens with us. ” Students said the strike would not end until the hostel manual is withdrawn.

JNU students’ union vice-president Saket Moon said, “The fee hike will affect an overwhelming number of students. It denies those from the deprived sections to avail education if they cannot pay. It affects those people who are pursing education independently. “

Ragini, a student of MA English, toldThe Print, “Earlier, students only had to pay a refundable deposit of Rs 5, 000 and then Rs 2, 000 – 3, 000 for the mess food. Now, the university wants to charge the students for everything and is not providing any subsidized water or electricity. Students will now have to pay close to Rs 30, 000 a semester, excluding the mess fees and other provisions. ”

Additionally, almost 40 Tibetan refugee students residing in India who cleared the Jawaharlal Nehru University Entrance Examination (JNUEE) this year could not take admission because of a steep fee hike. Under JNU’snew fee policyfor international students for the in-absentia category, the fee for courses in Science Disciplines was raised from $ 850 (including incidental charges) to $ 1700 (including incidental charges) per semester.

Still remember the initial semesters when mess would be closed on certain festivals & many of us would worry for dinner coz JNU’s cheap dhabas too were too much for us. Thanks to subsidized mess food and MCM scholarship, I could study to be a taxpayer.# JNUProtest

You can’t understand JNU, the way I couldn’t understand before I took admission here and came to know that parents of my batchmates were golgappa sellers, daily laborers, sanitary workers etc.

JNU fee hike would forever shut the doors of the univ for the poor & underpriviliged – this also includes the children of cops who roughed up JNU students yesterday.

Jawans of@ DelhiPolice, the system is shutting you out & we are fighting for ur children too!# JNUProtestpic.twitter.com/08 Uvpw4BIa

Some context on JNU

Protests escalated through the day on Monday with angry students demanding a roll back of the fee hike and breaking barricades set up by the anti-riot police. The police, in turn, deployed water cannons and detained protestors in the hope to disperse crowds.

The JNU Teachers’ Association said many students were injured during the protest as they received blows. According to a police officer, many policemen and women also sustained injuries as they tried to quell the protest.

“The revision of rates by the Inter Hostel Administration (IHA) committee has been done after more than a decade. The room rents have not been revised in the last three decades. There is no massive hike in hostel fee and the JNU administration appeals to the students not to be misled by rumors that are trying to derail normal functioning of the university, ”the Registrar said.