Jordan Henderson and Joe Gomez have been ruled out of England’s final European Qualifier in Kosovo on Sunday.

Liverpool captain Henderson came into the squad with a viral infection that has not fully cleared.

Henderson’s club team-mate Gomez clashed knees with Kieran Trippier in training on Friday and was hoping the impact injury would settle down, but he remains in a lot of pain and was unable to train.

Gomez was happy to fly to Kosovo with the rest of the squad but England manager Gareth Southgate thought there was no point taking him when he would not be able to play.

The pair have now returned to Liverpool, meaning Gareth Southgate will head to Pristina on Saturday with a 23 – man squad.

England have already qualified for Euro 2020 after theythrashed Montenegro 7-0 at Wembleyon Thursday. 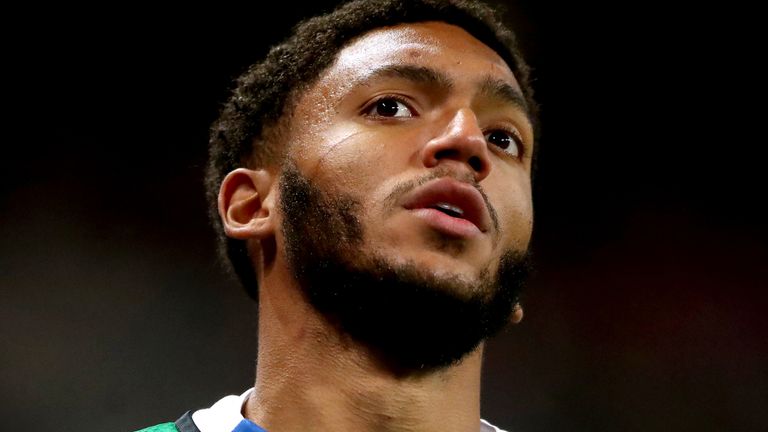 Former England striker Alan Smith says Joe Gomez did not deserve to be booed by fans and hopes it will never happen again.

However, England’s 1, 000 th international was overshadowed by the boos that greeted Gomez when he came on as a second-half substitute.

Gomez was left with a scratch on his face following aconfrontation with Raheem Sterling this week at St George’s Park, with the two having clashed inLiverpool’s 3-1 victory over Manchester Cityin the Premier League on Sunday.

Sterling was subsequently dropped from the squad to face Montenegro.