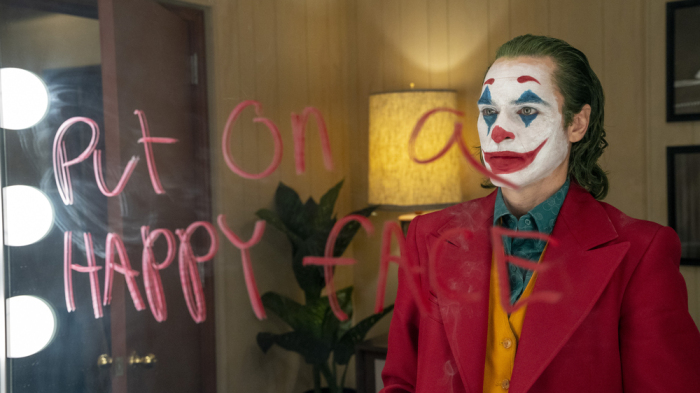 Put on a happy face: In its fourth weekend in theaters, Warner Bros. ”Joker“returned to the top of domestic box office charts, narrowly defeating Disney’s”Maleficent: Mistress of Evil. ”

The two villains had been in a close race for first place, but Sunday estimates show “Joker”will walk away victorious with $ 18 .9 million in ticket sales. Those rankings could change Monday morning after final tallies are reported since “Maleficent 2” is close behind with $ 18 .5 million.

The surprise (and non-consecutive) win highlights the impressive endurance of “Joker,” which is only the third movie this year – following Universal’s “Glass” and Disney’s “Avengers: Endgame” – to secure in first place during three weekends. “Joker” recently became the most successful R-rated movie in history, collecting $ 849 million worldwide. Joaquin Phoenix’s gritty take on Batman’s infamous nemesis has generated $ 277 million in North America and $ 571 million at the international box office.

Since debuting last No. 1 to a disappointing $ 36 million, Angelina Jolie’s “Maleficent: Mistress of Evil” has generated a lackluster $ 65 million at the domestic box office. The dark fantasy sequel continues to be a bigger player overseas, where it pulled in another $ 64 .3 million for an international haul of $ 228 million. Globally, the “Maleficent” follow-up is nearing the $ 300 million mark.

STX’s horror thriller “Countdown” had the strongest start among new offerings, placing fifth with $ 9 million from 2, 675 venues. The PG – 13 film, about a nurse who downloads an app that predicts when a person is going to die, cost $ 6.5 million.

Sony’s R-rated action drama “Black and Blue” launched at No. 6 with $ 8 million from 2, 062 theaters. Directed by Deon Taylor, the $ 12 million film follows a rookie cop (Naomie Harris) who inadvertently captures the murder of a young drug dealer on her body cam.

Behind-the-scenes turmoil appeared far more interesting than the movie itself for this weekend’s final newcomer, “The Current War.” The historical drama arrived in theaters two years after Harvey Weinstein premiered at the 2017 Toronto Film Festival. “The Current War” was shelved and sold after sexual abuse allegations were leveled against Weinstein and his company shuttered. David Glasser, the former COO of The Weinstein Company, released the film through his 101 Studios banner. “The Current War” earned a dismal $ 2.7 million from 1, 022 screens, marking one of the lowest openings for a nationwide release. Directed by Alfonso Gomez-Rejon, “The Current War” depicts a tense battle between electricity giants Thomas Edison (Benedict Cumberbatch) and George Westinghouse (Michael Shannon) – who teams up with Nikola Tesla (Nicholas Hoult) – as the men determine whose electrical system will power the modern world.

Despite playing in half the amount of theaters, A 24 ‘s “The Lighthouse” landed at No. 8 and beat “The Current War” on box office charts. The black-and-white psychological thriller – starring Robert Pattinson and Willem Dafoe – collected $ 3 million from 586 locations in its second outing. “The Lighthouse,” co-financed by New Regency, has made $ 3.6 million to date.

Another awards contender that continues to impress is Neon’s “Parasite,” a dark social satire from director Bong Joon ho. In its third frame, “Parasite” made $ 1.8 million from just 189 theaters, averaging a strong $ 14 , 107 per location. To date, the movie has earned $ 4.1 million in North America.

Fox Searchlight’s “Jojo Rabbit” scored the highest screen average of the weekend with $ 1 million from 55 theaters ($ 18, 500 per venue) for a domestic total of $ 1.4 million. Written and directed by Taika Waititi (who also stars in the film as an absurdist imaginary Adolf Hitler), “Jojo Rabbit” is set during World War II and follows a young boy eager to join the Hitler Youth, who discovers his mother is hiding a Jewish girl in their attic.

“There are encouraging signs regarding‘ Jojo Rabbit ’as we continue to build momentum,” said Frank Rodriguez, Fox Searchlight’s head of domestic distribution. “The polling results from this week coupled with the A CinemaScore from last weekend, along with the solid box office results are more than positive and as we move forward over the next few weeks, there is every reason to be optimistic about the film.”

Overall, the domestic box office has declined over 5% from last year, according to Comscore. Outside of any surprise hits, Hollywood is banking on reliables like Disney’s “Frozen 2” and “Star Wars: The Rise of Skywalker” and Sony’s “Jumanji: The Next Level” to boost revenue. 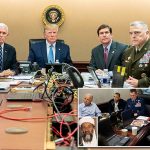