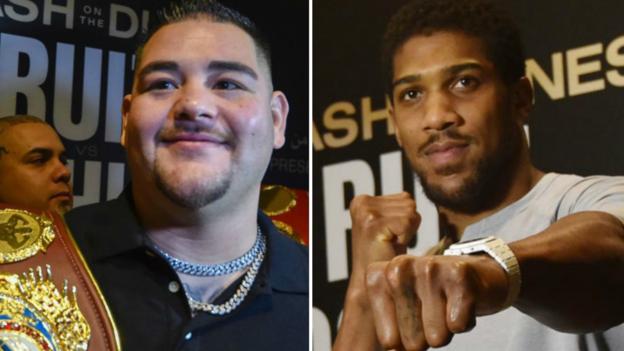 Anthony Joshua says he chose to “reinvent” himself after defeat by Andy Ruiz Jr and feels “different” going into Saturday’s rematch.

Joshua, who lost his three world heavyweight titles to Ruiz on 1 June, says he has decided to “check” his app roach after a first defeat.

“There is fire in the belly,” the Briton told BBC Sport in Saudi Arabia before the fight at the Diriyah Arena. )

“There are things I have had to do to take me to the next level.

” I am confident I can be victorious and when I am I will tell everyone of how I went wrong. “

Rumors circulated about Joshua’s condition in the wake of his shock defeat by Ruiz at Madison Square Garden.

Word from his camp is that he has delivered some of the most impressive sparring of his career in recent days.

There is also a feeling that the additional sparring partners he has used – including Mexican Elvis Garcia to offer some stylistic similarities to Ruiz – have raised his level.

After speaking to BBC Sport a short drive from the hotel complex where both he and Ruiz are staying, the former champion was scheduled to work out for the second time on Monday at his training base, the British Embassy in Riyadh.

He is holding a number of late-night sessions in order to be ready for a fight that will take place around midnight local time, given the country is three hours ahead of the UK.

“I do feel different,” Joshua, 30, added. “I feel confident, I believe. I have been boxing since 2008. It’s almost like it’s been given to me. Now I am back to the days of being younger, striving.

“The question I have to ask myself is, ‘after the fight am I going to keep that same attitude?’ I have to stick to it and that is what will take me on to the next level.

“I am a challenger. This is my chance at the heavyweight championship of the world. The event starts when I am victorious. Then I will tell you about my story, what I have come through, the obstacles. “

Joshua revealed he has sought advice from former world champion Wladimir Klitschko and wishes he had done so sooner, adding: “For someone who is going through success now, who is winning, definitely check yourself.

“I have had to check myself and reinvent myself not physically, mentally.”

Both fighters met Saudi royalty and a vast number dignitaries after media commitments on Monday.

It was striking how demand for Ruiz was far higher than before their first bout, where he stunned the sport by stopping Joshua inside seven rounds to take the IBF, WBA and WBO world titles.

(Ruiz, 30, appeared relaxed despite countless media requests. The Mexican is training at a custom-made gym set up underneath the hotel in which he is staying.

Many have questioned if he has remained driven given the rewards of his success, which have included a lavish new home, a Rolls Royce and high-end jewelery.

“I have been enjoying life. This is just the beginning,” Ruiz told BBC Sport.

“I sure haven’t stopped smiling. I have been so happy how my life has changed for my wife, my kids, my whole family. I am blessed with all that came my way .

“All of the pressure is on him, not on me as I followed my dream and made it come true.”

Holding the contest in Saudi Arabia has prompted criticism because of the conservative country human rights record.

Human rights organization Amnesty International has said the fight is being staged against a “backdrop of worsening oppressi on “in the country.

On Monday, promoter Eddie Hearn said the move “wasn’t just about money” and that the local organizations are on course to deliver an event that “could change everything” when decisions are being made on where future fights are staged.

Signage and visible promotion in the country capital city is so far minimal but Diriyah Arena – which has been built in just two months – is expected to be full to its 15, 000 capacity when Joshua and Ruiz walk to the ring at around 20: 45 GMT on Saturday for a bout that will be broadcast on BBC Radio 5 Live.

Hearn’s Matchroom Boxing says tickets have been purchased by fans from 65 different countries and he emphasized how much is on the line given there is no rematch agreement in the contract this time around.

“No-one is tied in,” Hearn said. “I can’t sleep at night worrying about this fight.

” It’s all the questions that need answering. Was it a fluke first time? Was AJ prepared? Was it a lucky shot in the perfect spot from Ruiz?

“Joshua is a legacy guy, a historian. He is motivated by that term of being a two-time heavyweight champion. I really believe victory on Saturday will give him the respect that he is maybe secretly searching for. “

I thought we saw a different Joshua here than what we saw at the same event ahead of the first fight.

Yes, he was still laughing and joking at both ends of our interview but it was the content in-between that really struck me as him being a man who desperately wants that title attached to his name.

Joshua is a man so engrossed in heavyweight boxing history and his place within it, he knows that Saturday night will make a colossal difference to how he is remembered. 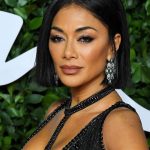