KARTARPUR (Pakistan): Such a long journey. But in the end, all it took to end 72 years of longing was a six-minute bus ride.
My trip to Kartarpur Sahib, or Gurdwara Darbar Sahib, on Saturday was as much about experiencing the power of emotions gushing forth as it was about witnessing history being made.
The Kartarpur corridor runs through vast fields, with security personnel lining the flanks of a road with barbed-wire fences on either side. There are high railings close to the gate that opens to the Kartarpur gurdwara complex.
For the pilgrims, the sight of theGurdwara Darbar Sahib Kartarpurfrom far was in itself so overwhelming that they couldn ‘t hold back. In their eagernerss to reach the shrine, many of them almost sprinted towards the AC buses waiting for them. It took less than the time one would possibly need to walk across a paddy field for the convoy to arrive at its destination.

Inside the gurdwara, some of the pilgrims settled down to watch the inauguration of the corridor by Pakistan PMImran Khanon a large screen. Others spent time visiting the gallery at the shrine or partaking of the food being served at the langar.
A large number of local Sikhs had also converged on the gurdwara to witness the historic occasion, many of them cheering Imran and his guest, Congress leaderNavjot Singh Sidhu, amid the din of loudspeakers.
One of the highlights of visiting the sacred site whereGuru Nanakhad spent almost two decades was the walk to the well from which he is believed to have drawn water from for his daily needs.
It was also the culmination of an exciting day in prospect when we had started fromAmritsar, where many journalists traveling from Chandigarh were forced to camp amid heavy rain and winds that damaged parts of the “tent city” in the sleepy border town of Dera Baba Nanak, the last point on the Indian side.
This was the point from where pilgrims could take the Kartarpur corridor to cross over to the Pakistan side, about one-and-a-half hours from Amritsar.
Members of the first jatha of 562 pilgrims had been eagerly awaiting since morning for the inauguration of the corridor on the Indian side by PMNarendra Modi, signalling the start to an emotional journey to Guru Nanak’s ‘karmabhoomi’ through a route that took 72 years to open.
The jatha was a mix of MLAs and MPs of various parties, besides prominent Sikhs, including NRIs invited by the Center, many of whom were accompanied by their families.
Amid blaring of VIP hooters, Dera Baba Nanak was overwhelmed by traffic chaos as local police personnel tried hard to implement their plans and provide a smooth journey to the newly- constructed passenger terminal for the jatha members.
The airport-style check-in was smooth as the expansive immigration area had adequate number of counters. Passports were just for identity proof and were not stamped. A printout of the Electronic Travel Authorization (ETA), generated on the basis of the online form filled by the pilgrims, was the only other document required, unless an OCI card was applicable.
As the usual buzz died down and some of the pilgrims started to get anxious, news ofAmarinder Singhcoming in brought the crowd back to life and impatient jatha members started getting anxious to cross over. On the other side of the passenger terminal, Indian immigration authorities had provided battery-operated carts that took the pilgrims to the last gate before the border.
The first day had its share of teething troubles as security personnel failed to bring together the group of 31 dignitaries, who were to be sent for security check before the other groups of pilgrims. Some of the pilgrims even tried to reach the border first in their eagerness to reach Kartarpur Sahib by pushing at the gates. After about half an hour, things finally began moving following the departure of former Prime MinisterManmohan Singhand some other VVIPs.
On the other side of the border, pilgrims got a warm welcome from Pakistani security forces – some hopped onto battery-operated carts and others preferred to walk till the Pakistani immigration building.
The procedure on the Pakistan side included getting a day-visit permit for Darbar Sahib. The copy was collected from everyone at the exit gate on return from Kartarpur. The pilgrims have to give their biometrics and get their passports scanned. Pakistan did not stamp the passports, but the ETA was stamped.
Currency exchange kiosks on the Pakistan immigration side struggled to handle the crowd of pilgrims, who were then told they could not exchange more than Rs 1, 600. Some were also disappointed to find nothing to buy in the Darbar Sahib complex. But as the day ended and the destination was left behind, the all-consuming feeling was one of a dream fulfilled.
(TOI reporter Vibhor Mohan was a member of the first jatha to Kartarpur) 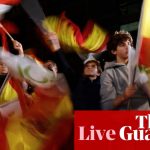 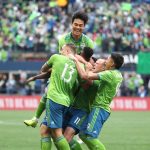