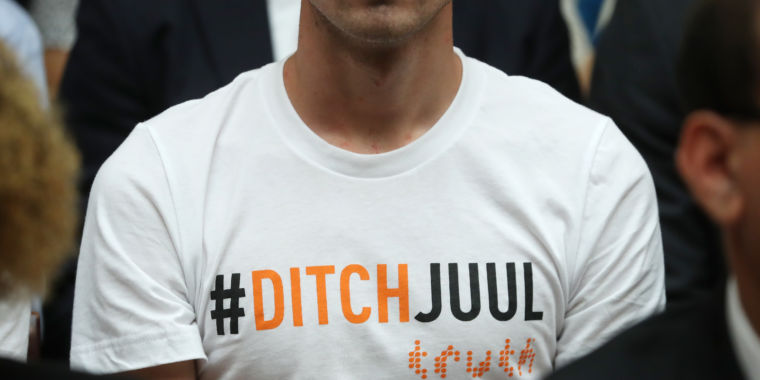 The Food and Drug Administration on Monday came out swinging at e-cigarette giant Juul over a variety of its unproven safety claims and startling marketing practices — most notably saying without evidence that its products are safer than smoking traditional cigarettes and giving presentations directly to kids in schools — in at least one alleged case, without teachers present or parental consent.

“Regardless of where products like e-cigarettes fall on the continuum of tobacco product risk, the law is clear that, before marketing tobacco products for reduced risk, companies must demonstrate with scientific evidence that their specific product does in fact pose less risk or is less harmful, ”acting FDA Commissioner Dr. Ned Sharpless said in a statement Monday. “JUUL has ignored the law, and very concerningly, has made some of these statements in school to our nation’s youth.”

In response, the agency sent Juula warning letterover unauthorized marketing as well asa letter of concern( PDF), which included a request for reams of documents “regarding JUUL’s marketing, advertising, promotional, and education campaigns, as well as certain product development activity.”

The company has 15 days to respond to the marketing warning and 30 days to hand over the requested documents.

The in-school presentations central to the FDA’s latest concerns came to light during a Congressional hearing held July 24 and 25, titled “Examining JUUL’s Role in the Youth Nicotine Epidemic. ”

“[T] hat testimony revealed JUUL engaged in a wide variety of promotional activities and outreach efforts to persuade potential customers, including youth, to use JUUL products, ”the agency wrote in its letter of concern. “Witnesses testified, for example, that JUUL advertising saturated social media channels frequented by underage teens and that JUUL used influencers and discount coupons to attract new customers.”

Meredith Berkman, a New York City resident and co-founder of Parents Against Vaping e-cigarettes (PAVe), testified that she and other mothers formed their advocacy group after a Juul representative gave a deceptive presentation to their children in school without teachers present, school administrator knowledge, or parental consent.

Berkman’s son, Caleb Mintz, and a friend –who also testified at the hearing– said that the presentation was given during one of the school’s “mental health slash addiction” seminars, which are held at the school three times a year. The teens, who were in 9thgrade at the time, said that to make the seminars a “safe space ”Where kids could speak openly, teachers are asked to leave the room.

Alone with the students, a Juul representative allegedly presented a “mixed message” by saying Juul products were “totally safe ”and then“ following up every ‘totally safe’ with ‘but we don’t want you as customers.’ ”The representative also took out a Juul device, called it the“ iPhone of vapes, ”and showed the students how it worked. Caleb testified that his classmates were given the impression that the products were just a “flavor device that didn’t have any harmful substances in it.”

After the seminar, Caleb said he approached the Juul rep and told him that he had a friend struggling with a nicotine addiction. Caleb asked the rep for advice on behalf of his unnamed friend (who was actually the teen that testified alongside Caleb at the hearing). Caleb didn’t mention that his friend was using Juul devices. The Juul rep assumed that Caleb’s friend was smoking regular cigarettes. His advice, according to Caleb, was that his friend should switch from cigarettes to Juul.

“This is very disturbing behavior to say the least,” Chairman Raja Krishnamoorthi, (D-Ill.) said at the hearing.

The FDA agrees. In its set of letters Monday, it noted that it was troubled by the promotional activities and that Juul has not proven that its products are safer. Yet, the agency noted, the company has made many unsubstantiated claims along those lines. Those include telling students that the “FDA was about to come out and say it [Juul] was 99% safer than cigarettes… and that… would happen very soon … ”

The agency also pointed out troubling aspects of testimony about a “Switching Program” presentation to the Cheyenne River Sioux Tribe Health Committee, in which Juul representatives made similarly unsubstantiated claims.

At the July hearing, Juul said it had discontinued its “youth prevention program.” In a statement emailed to Ars, a Juul spokesperson said only, “We are reviewing the [FDA’s] letters and will fully cooperate.”

The FDA considers youth vaping rates to be at “epidemic”levels. Use of e-cigarettes among middle and high school students rose from 2.1 million in 2017 to 3.6 million in 2018,according to the Centers for Disease Control.

Currently, the FDA and CDC are investigatinga surge in vaping-linked lung illnesses. The agencies have tallied 450 possible cases, including five confirmed deaths across 33 states and one US territory. The cause of the severe illnesses is not yet clear, but investigators suspect thatcontaminants and counterfeit vaping productsmay be playing a role. Juul products have not been implicated in the outbreak. 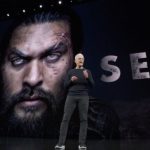 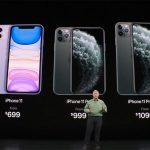