A person in the audience wears a shirt against JUUL as JUUL Labs co-founder and Chief Product Officer James Monsees, foreground, testifies before a House Oversight and Government Reform subcommittee on Capitol Hill in Washington, Thursday, July 25, 2019, during a hearing on the youth nicotine epidemic.

Juul CEO K.C. Crosthwaite has replaced the company’s chief financial officer amid a management shake-up at the embattled e-cigarette maker, according to people familiar with the matter.

“We would not be where we are as a company today without the extraordinary efforts of a few individuals who have asked to transition out of the company. I want to make sure to specifically thank each of them, “Crosthwaite, a formerAltriaexecutive, said in an email sent to employees Monday.

Juul appointed Guy Cartwright as its new CFO, a Juul spokesman confirmed to CNBC. Cartwright joined the company in July as an executive transformation and operations officer, according to his LinkedIn profile.

“Over the past 3 months, Guy has been instrumental in helping us define our financial priority and identify opportunities for efficiency, “a company spokesman said in a statement.

Juul has eliminated the chief marketing officer position, according to the spokesman. It was not immediately clear whether Juul would fill Gould and Foster’s positions. Co-founders James Monsees and Adam Bowen, who formerly held the positions of chief product officer and chief technology officer, respectively, will join a newly formed founders office, where they will advise Crosthwaite.

The changes were announced in the email sent to employees. They come asJuul prepares to cutabout 500 jobs, or about 10% to 15% of its total headcount, by the end of the year. Before the cuts, Juul boasted about 4, 100 employees.

“As the vapor category undergoes a necessary reset, this reorganization will help JUUL Labs focus on reducing underage use, investing in scientific research, and creating new technologies while earning a license to operate in the US and around the world, “Crosthwaite said in a separate statement addressing the layoffs Monday.

The shake-up comes just a month into KC Crosthwaite’s tenure. The longtime Altria executivereplaced former Juul CEO Kevin Burns, who steered the company through its deal with Altria. The tobacco giantinvested $ 12. 8 billion inJuul in December.

The situation has quickly worsened for Juul in the nearly year since announcing the deal. At least one hedge fund has reportedslashed the value of its stake in Juulto a price that values ​​the e-cigarette maker at $ 24 Billion.

The Trump administration has said it will remove all flavored e-cigarettes from the market amid a surge in teen use. Local and state governments are tightening restrictions and in some cases, banning e-cigarettes outright. Retailers likeWalmart,WalgreensandKrogerare pulling the products from shelves.

Juul is facing mounting litigation. The company is the subject of numerous investigations, including one from aHouse panelthat Rep. Raja Krishnamoorthi is leading. Thecommittee grilledGould, one of the executives being removed, about Juul’s youth outreach program that sent company representatives into schools.

Crosthwaite is tasked with turning Juul’s fortunes around. Under his leadership, the company has suspended all product advertising in the U.S. and stopped selling Juul’s sweet flavors like mango and fruit. Juul has also said it will not lobby the Trump administration on its looming flavor policy.

Crosthwaite poached former Altria colleague to lead Juul’s regulatory efforts. Murillo will focus on preparing and filing Juul’s application to the Food and Drug Administration to keep selling its e-cigarettes. All companies will need to submit their products to the FDA for review by May 2020. 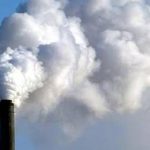 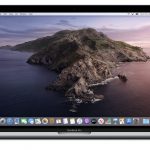