Kulbhushan Jadhav, the former Naval officer sentenced to death in Pakistan , was forced to give a statement acknowledging himself a spy, which was circulated by Islamabad, the foreign ministry said today. The 49 – year-old, on death row since April 2017, was allowed to meet an Indian diplomat for the first time today – weeks after the International Court of Justice ordered Pakistan to allow

A formal report on the two-hour meeting between Mr Jadhav and Indian Charge d ‘Affaires Gaurav Ahluwalia is yet to come, foreign ministry spokesman Raveesh Kumar said in response to media queries. But he said it was “clear that Shri Jadhav appeared to be under extreme pressure to parrot a false narrative to bolster Pakistan’s untenable claims”.

Since Mr Jadhav’s sentencing, Pakistan had released four videos, where he was seen confirming Pakistan’s claims that he was an agent of Research and Analysis Wing and an officer of the Indian Navy due to retire in 2022. In the last video released, soon after his mother and wife were allowed to meet him in Islamabad, Mr Jadhav is heard alleging that they were intimidated by accompanying Indian officials.

Pakistan had tried to play the videos during the hearings at the International Court, but the court forbade it.

Mr Kumar said Islamabad allowed the meeting after the International court’s unanimous judgment on July 17 that “found Pakistan in egregious violation of the Vienna Convention on Consular Relations, 1963 on many counts. It was “part of the binding obligations of Pakistan”, he

Earlier, Islamabad had repeatedly refused India’s request for consular access, claiming spies are not allowed such privileges under an agreement made with India in 2008.

The ministry, Mr Kumar added, would decide on a further course of action after receiving a detailed repor t from the official and determining the extent of conformity to the directives of the International Court of Justice.

Kulbhushan Jadhav was sentenced to death by a Pakistani military court, accused of espionage and terrorism. Pakistan said he was arrested from the restive Balochistan province, where he was working as a spy for the external intel agency.

A month after the sentencing, India took Pakistan to the International Court, calling the trial farcial. Mr Jadhav, the government said, was kidnapped from Iran, where he was running a business.

In July, in a verdict 15 to one in favor of India, the UN court said the death sentence should remain suspended until Pakistan effectively reviewed and reconsidered the conviction.

The world court had also agreed with India’s allegation that Pakistan had not informed Jadhav about his rights and that “Pakistan deprived India of the right to communicate with and have access to Jadhav, to visit him in detention and to arrange for his legal representation.

GetBreaking news, live coverage, and LatestNewsfrom India and around the world on NDTV.com. Catch all the Live TV action on NDTV (x7 andNDTV India. Like us on (Facebook) or follow us onTwitterandInst agramforlatest newsandlive newsupdates. 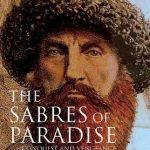