Moft Z is a standing desk that fits in your laptop bag, Ars Technica 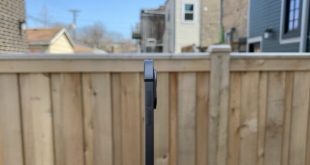 For as long as I can remember, AMD-powered laptops’ potential have been intentionally shortchanged by OEMs for any number of reasons – perceived lower value, kickbacks from Intel, or sometimes legitimate performance limitations.

While it is true that AMD’s mobile offerings have not always kept-up with Intel’s (their Desktop and Server lines almost always have a somewhat 5-year cycle of back-and-forth supremacy), when AMD’s mobile CPUs were at least on the same relative level, laptop manufacturers still would do bone-headed configurations that hindered AMD’s already struggling mobile offerings.

Anything from insufficient cooling limiting the power envelope, single-channel memory configurations (and AMD APUs were known for already being memory bandwidth starved), or ridiculously low screen resolutions – do modern operating systems even work properly with 2019 × 1080 ?! OEMs almost always saw fit handicap their mobile offerings one way or (sometimes many) another.

I am writing this post to provide a dump of what I think should be available for a modern, 2020 decent to high-end laptop powered by AMD hardware. I hope someone at Lenovo, HP, Acer, Asus, MSI, and others listen (intentional backhand to Dell there…).

There needs to be display options well above FHD / 1440 p. Enough is enough. AMD’s mobile GPUs built in to their APUs are more than powerful enough to push screen resolutions of at least WQHD (

x or even higher, but this, sadly, is often only relegated to the Intel-variant of a mobile offering. And Intel’s integrated graphics prowess is far less extensive as compared with AMD.

What’s it going to take to get a good quality, bright (300 nits) screen at a WQHD or higher screen resolution? Don’t be afraid of 3: 2 ratios, either! We (developers especially) love ’em!

A laptop form factor is less than idea for cooling the dense electronic components inside, whether it’s the APU, the memory, the HDD / SSD, chipset, or everything else. As densities of chip fabrication increase, more and more heat is coming out of smaller and smaller areas, which are crammed even more closely together in still smaller and smaller mobile form factors.

Therefore, designing for adequate heat dispersal is paramount in laptop design. Poor thermals means poor performance as mobile platforms are designed to clock down based not just on power consumption, but more importantly, on measured temperature. If that heat isn’t removed fast enough, the APU will clock down to reduce energy use to limit the amount of heat generated. And that means slower system performance.

Sadly, AMD laptops are renowned for their OEMs to design them with cooling almost as an afterthought. One laptop I own, the Lenovo Ideapad Y 768 – 90 ACZ (AMD version) is famous on the support forums for having a design that counters effective cooling, and performance gains can be had by removing an ineffective (but quite choking) air filter and using electrical tape to provide a conduit for the blown air to cool components properly and then exit the chassis.

So, OEMs, please measure the airflow in your AMD laptop designs and ensure all components are cooled sufficiently to extract the most performance out of them.

USB-C, the all-in-one (when they get it right) interface, is taking the world by storm. All new Android phones have it, and more and more devices, laptops included, are using it.

Thunderbolt 3, Intel’s formerly proprietary high speed serial connector, even uses the USB-C form factor and is one of the choices for all-in-one services including power, display, and high speed data. I say formerly, because Intel has released the licensing for Thunderbolt 3 to make it available more or less anywhere, including on AMD platforms. Some motherboard makers have gone ahead and included it, but so far, AMD laptops with Thunderbird 3 remain elusive.

In the same vein, almost all laptops, AMD or otherwise, now come with at least one USB-C port, but part of the confusion of USB-C is that it is mainly a physical form factor, and you are not required to offer the fastest speeds over it (ie, 10, GBs or (Gbps in the case of USB 3.2). Moreover, many times an AMD laptop will have ONE USB-C port and it will be used to physically power the device, thus removing it from utility.

Unlike others, I was a big fan of Apple’s choice to use all USB-C ports on their laptops plus a headphone / headset jack, because that basically future-proofed it. They also did not shortchange by making them all equally capable as full bandwidth Thunderbolt 3 ports. In the same way, I wish laptop makers would provide AMD platforms with more high speed ports. I do not mind having to carry an Displayport to HDMI dongle for those rare cases I need to hook-up if it means I can have an extra 10 Gbps USB-C or Thunderbolt 3 port. If it pushes Displayport into greater adoption, all the better, since HDMI is a technically inferior and more overbearing connector anyway.

Ultramobile, slim, and desktop replacements –without compromise– are important offerings. I was happy to see that there are some OEMs, like Acer and Asus, that offer desktop components, like a Ryzen desktop CPU and a desktop GPU like a RX 560, in a mobile platform. This is great for when battery life and slim profiles are not critical, and also for mobile gaming. I hope that OEMs continue and expand on this trend, because it’s great to know that you can have desktop performance and still have it be portable, even if less so than a traditional laptop.

Moreover, ultramobiles, which combine great performance but small profiles, need to be designed for AMD platforms just as well as they are for Intel ones. Sadly, the offerings in this category suffer from one or more of the failures mentioned above, and thus, come out subpar and unimpressive.

As for slim models, I can take them or leave them. This may just be personal preference, but the thickness of my device has almost never been a factor affecting my decision except when it negatively impacts other practical aspects, such as performance, battery life, or durability. So, I can take them or leave them, but I think slim profiles will attract certain customers who are different from me and may be willing to pay a premium for “thin-and-light” above all else. But the same as all the others applies – do not just stick an AMD APU into a slim platform without all the same optimizations that are done for an Intel compliment, otherwise, it’s worse than having none.

Ultimately, what all of this is saying is that laptop OEMs need to give AMD offerings the same care, optimizations, and tweaks they do to their Intel ones. It’s well-known in the industry now that Intel has been strong-arming OEMs into offering subpar AMD-powered products, with Dell being the case where they got caught, but we’d be naïve to think it’s not happening with others as well. Given the great strides that AMD has made both in architecture, supply chain, overall technology, and actual peak performance, hopefully OEMs will recognize that AMD can be a great partner and offer them some refuge from the hegemony that Intel has poorly maintained all this time .

I’d love to hear others ’comments and hopefully you can share something insightful, perhaps something I’ve missed or a different perspective to some of these points I’ve raised. 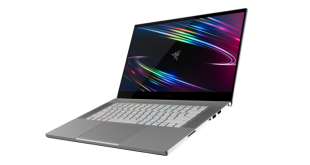 Cuda cuties — Getting the most of Max-Q Turing: "We want every half-watt savings to drive the GPU." Sam Machkovech - Apr 2, 2020 7:01 am UTC Here's a gallery of April 2020 laptops with the latest Nvidia Max-Q GPUs. First up, the Razer Blade Advanced, with an RTX 2080 Super inside. The Acer Nitro…