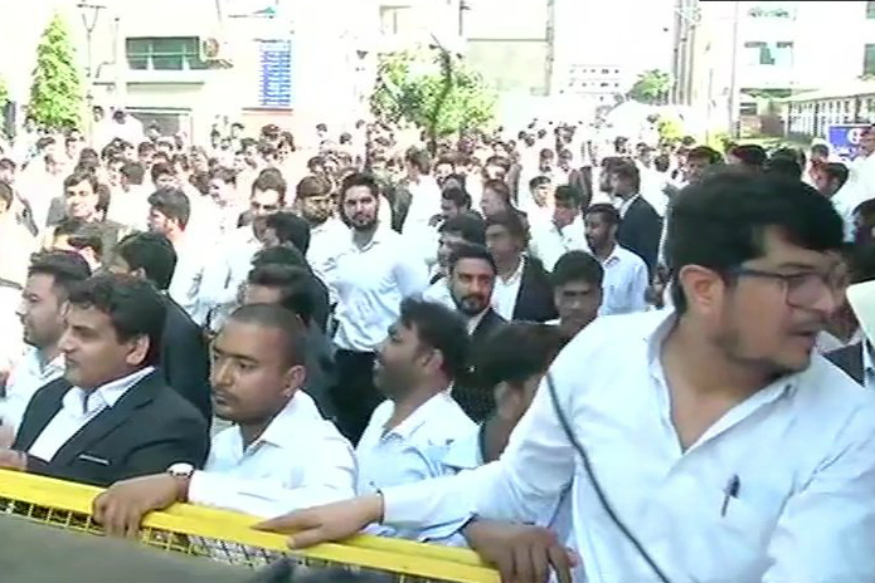 Lawyers vs Delhi Police LIVE: As litigants continue with their demonstrations outside various courts in Delhi, Bar Council chairman Manan Mishra has said that the issue has been raised with the Supreme Court. Terming the actions taken by the police as illegal, Mishra claimed, that they “are misusing their powers”. The statement comes as tensions remain high in national capital over a series of confrontation between the two wings of law and order. On Wednesday morning, the violent feud was further escalated when two lawyers threatened to commit suicide. While a lawyer, identified as one Ashish, poured kerosene on himself but was stopped by his colleagues in time, another threatened to jump off the building. The group of lawyers then raised slogans against the police, chanting ‘Delhi Police haye haye’, and the protests soon spread to Dwarka and Saket courts.

The demonstration by lawyers comes a day after unprecedented protests by Delhi Police personnel outside the police headquarters for 11 hours against attacks on their colleagues at the Tis Hazari and the Saket courts on November 2 and 4. One policeman was beaten up outside the Saket district court, and another on Saturday after a parking dispute between an on-duty policeman and a lawyer which led to at least 20 security personnel and several advocates Being injured.

The ‘Chai Protest’ Outside Karkadooma Court |Lawyers at Karkardooma Court have set up a “Chai protest”. They set up a chai stall and are inviting even the police to come and have join them for tea, emphasising the point that the protest is peaceful.

Here are visuals of lawyers staging a protest outside the Tiz Hazari court.

Bar Council Demands Arrest of Police Officials |Terming the police protests as illegal, the Bar Council has come out with a list of demands among which is a probe into the demonstrations held by the personnel on Monday. “The Bar and the people of this country demand stern and strong disciplinary action, the immediate suspension of those who participated in the dharna and the dismissal of those policemen who were / are active in shouting slogans, abusing and threatening the lawyers and judges,” the Bar council letter read. The Bar Council has also demanded the arrest of the police officials involved in the scuffile outside Tis Hazari court.

CPI leader Kanhaiya Kumar comments on the ongoing confrontation between lawyers and police and refers to the incident from 2016 when he had been arrested in a sedition case. “When I and some media persons were attacked by some lawyers in the court premises, then the government rewarded both the lawyers and the police chief who were responsible for the attack. That is why even today we are not against any profession but in favor of justice. ”

Lawyers, Police Face-off Outside Alwar Court |After Delhi, police and lawyers are now having a face-off in Rajasthan’s Alwar following an incident in which a lawyer slapped a police constable. The Bar Council of India chairman Manan Mishra says that body will take actions against some lawyers who have been involved in scuffles with the police. “But yesterday’s protest against lawyers by police was unfair. Media has been taking the police’s side …. Police are misusing their powers,” he says urging the Center’s intervention.

Litigants staging a protest outside the Karkadooma court.

In Maharashtra, NCP chief Sharad Pawar has slammed the Center over the “mistreatment” of the police personnel. “The way cops have been treated in Delhi is not right. They work for the society, if they are demoralized, than the situation will go out of hand. I watched on tv that people of Delhi supported the cops,” he says calling for intervention by the Bar Council

Protests were also staged outside Rohini court where litigants said that their fight “is against only those policemen who are said to have opened fired and lathicharged the lawyers.” We will protest till they are arrested, “the lawyers said.

Delhi: Lawyers strike enters third day in protest over the clash between police & lawyers at Tis Hazari Court on November 2. A lawyer at Rohini Court says, “our fight is against only those policemen who fired at us & lathicharged us that day.We will protest till they are arrested.pic.twitter.com/SUPTyo4pig

Here are ANI visuals of the striking lawyers outside Saket court.

Kiran Bedi Weighs in |Puducherry Lt. Governor Kiran Bedi, who was repeatedly remembered in the slogans raised by Delhi Police during the Monday protests, has advised the leadership on the importance of protecting its personnel. “When Police men and women perform their duty fairly, firmly, fearlessly and responsibly, they need to be protected by their seniors,” Bediwrote in a statement a day after the 11 – hour-long protest.

Senior Police Officials Meet Ahead of Review Petition |Meanwhile, senior police officials are gearing up for the review petition against the High Court order on the demand of thousands of personnel who had gathered outside Delhi Police headquarters yesterday. The series of protests had been spurred by a clash between police and lawyers at Tis Hazari court on Saturday.

Suicide Bid Lawyers |Today morning, the feud escalated when a lawyer attempted self-immolation outside the Rohini Court. The lawyer, identified as one Ashish, poured kerosene on himself but was stopped by his colleagues in time. The group of lawyers then raised slogans against the police, chanting ‘Delhi Police haye haye ‘. Following this, another lawyer another threatened to jump off from Rohini court.

Demanding that action be taken against police personnel over the incident of a lawyer being shot, the agitating litigants say that they aren’t being allowed inside the Saket court’s premises.

Lawyers Stage Protest Outside Saket Court |Day after the Delhi police personnel staged a 11 – hour protest, lawyers are staging a striked out Saket court in Delhi. The demonstation comes hours ahead of the filing of the review petition against the Delhi High Court order in connection with a clash between cops and lawyers at the Tis Hazari Courts Complex. 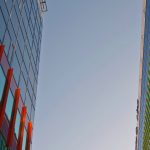 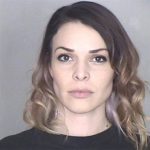