Eight of the nine drivers who ran at the end of Q3 failed to start their final laps in time, including Leclerc and team mateSebastian Vettel. Leclerc, who’d set the fastest time up to that point, took pole position.

He denied the situation had been planned by Ferrari. Leclerc said the problem was caused by drivers wanting to get a slipstream from a car ahead, and claimed it was particularly bad at Monza and Spa.

“I think today was special , was definitely not intentional from our side, ”he said. “Obviously there was also Seb that was capable of having the pole position and we obviously didn’t want to sacrifice one car for the pole [over] the other so it was quite tricky.

“I definitely think that situations like after the second corner shouldn’t happen when there are two cars side-by-side they cannot go at 20 kph. We couldn’t pass them. I think most of the drivers behind wanted to pass but didn’t have the opportunity. So this situation has made a big mess towards the end and that’s why so many cars didn’t make it to start their laps. ”

After qualifying Vettel complained Leclerc had failed to take up his correct position in front of him in the queue during the final run. Leclerc explained why.

“To be completely honest the plan was that in the first run Seb was giving me the tow, in the second run I will give him the tow, “He said. “So I actually went out of the box in front of him.

“ Then there was the huge mess after turn one and two. The McLaren and a Renault, I don’t know whoever that was, they stopped in the middle of the track and we had nowhere to go.

“Seb overtook me there with the mess because obviously we were aware we were quite tight on time. And then I stayed basically behind Seb until the last straight when I heard also on the radio ‘you can overtake Seb’.

“So that’s why I overtook him. But then I had no time for me either to start the lap. It was a shame but I don’t think I could have done much more. ”

Advert |Become a RaceFans supporter and 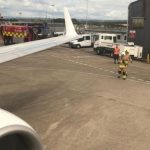 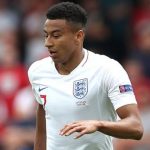